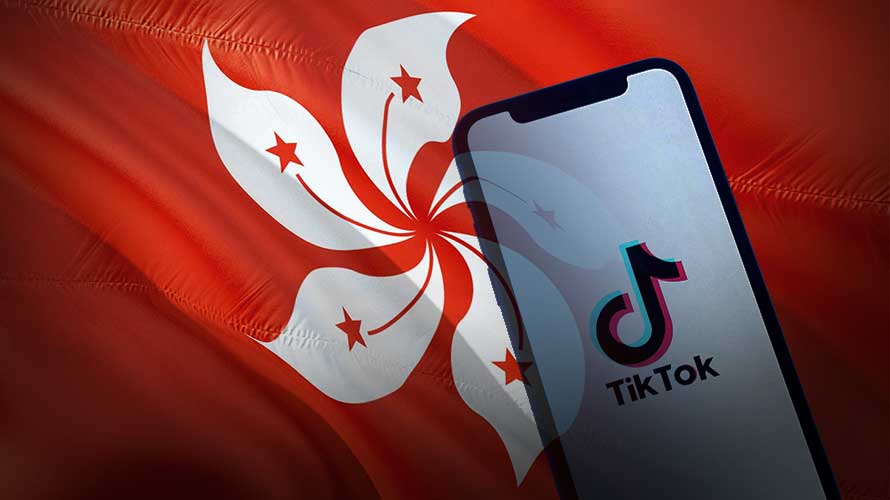 TikTok is exiting Hong Kong due concerns about user privacy. - Credit by Pixabay

Social video app TikTok will pull out of app marketplaces in Hong Kong due to a new national security law, which threatens free expression in the semiautonomous region.

“In light of recent events, we’ve decided to stop operations of the TikTok app in Hong Kong,” TikTok spokesperson Laura Perez said in an email.

The new law, passed by Beijing legislators last week, criminalizes “subversion” of the Chinese government, such as calling for Hong Kong independence. It also prohibits the sharing of “state secrets,” a vague clause that could be used against citizens, journalists and potentially the platforms that host such speech.

On Monday, Hong Kong introduced new rules that “give the police powers to take down internet posts and punish internet companies that do not comply with data requests,” The New York Times reported. The rules allow police to jail employees at tech companies if they do not comply with state requests for user data.

The internet in Hong Kong is open unlike elsewhere in mainland China, and internet companies have been able to operate freely until now.

Other tech companies have taken their own steps. Facebook said Monday it would stop the practice of sharing user data from its main platform and WhatsApp with authorities in Hong Kong, at least temporarily, due to the new law—Telegram, the messaging service, said on Sunday it would do the same. So far, TikTok is the only major social platform to pull out of Hong Kong entirely over the law.

TikTok, which has boomed in popularity in recent years, operates outside of China. Douyin, a Chinese version of the app, is available in mainland China. The apps’ owner, ByteDance, has been under intense scrutiny from the U.S. government due to its alleged closeness with the government in Beijing; however, despite being headquartered in the Chinese capital city, ByteDance insists it’s incorporated in the Cayman Islands and controls all of its Chinese and international products from there.

ByteDance’s 2017 acquisition of Musical.ly, which was rebranded as TikTok, is under a national security review by the Committee on Foreign Investment in the United States. The U.S. military has already banned TikTok from personnel’s phones, and a pending Senate bill would prohibit the app from all federal government devices.

Secretary of State Mike Pompeo suggested on Monday night, in an interview with Fox News’ Laura Ingraham, that the administration may ban the app outright.

“I don’t want to get out in front of the president, but it’s something we’re looking at,” Pompeo said when asked about the U.S. government banning TikTok. When asked if he recommends people download TikTok, he said, “Only if you want your private information in the hands of the Chinese Communist Party.”

The government of India banned TikTok, saying the tech company posed a “threat to [the] sovereignty and integrity of India.”

“TikTok is led by an American CEO, with over 1,000 employees in the U.S,” Perez, the TikTok spokesperson, said in a statement. “We have no higher priority than promoting a safe and secure app experience for the millions of Americans who use TikTok. We have never provided user data to the Chinese government, nor would we do so if asked.”

A spokesperson for the U.S. State Department declined to comment further, referring back to the secretary’s remarks on Fox.