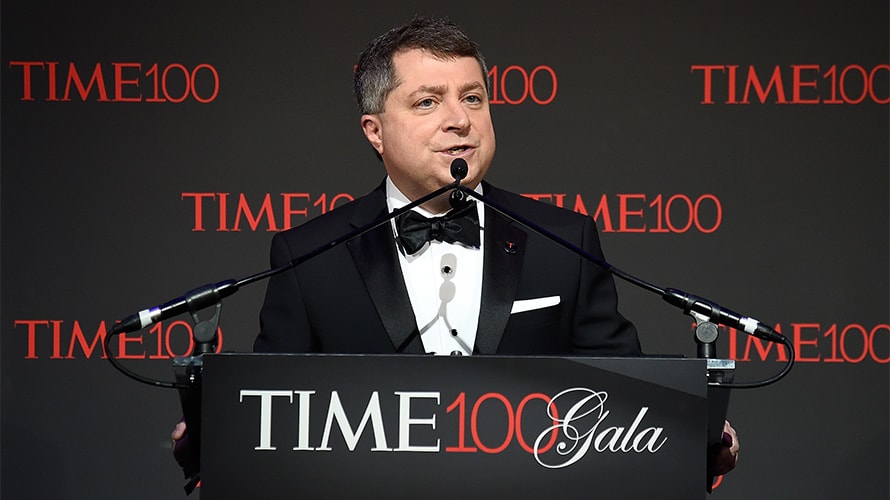 The brand’s tentpole designation, where it selects the 100 most influential people of the year and honors them at a corresponding gala, will be expanded into a daylong summit this year, dubbed the T100 Summit.

With Cadillac and Citi as sponsors, the T100 Summit will take place April 23 at Center415 in Manhattan and will include a lineup of representatives from industries that range from government to entertainment. The summit will lead into the annual Time 100 gala that evening.

“It really has become a community of leaders, and they see each other out in the world and are excited by the prospect of being brought together to collaborate and highlight the real progress they’re making within their fields and discuss real solutions to collective problems,” said Time editor in chief and CEO Edward Felsenthal.

Meredith finalized its sale of Time for $190 million to co-CEO of Salesforce, Marc Benioff and his wife, Lynne, in November last year. The Benioffs have said they won’t be involved in Time’s day to day operations.

This is the first week Time has been on its own outside of Meredith, Felsenthal said. And while under previous owners Time became a “strong” and “profitable” business, execs haven’t been able to properly reinvest in the brand.

“It’s exciting in this new ownership to invest in the business and expand the business,” he said.

Macsai said Time will use alumni of the program, which, is more than 1,000 people at this point, to spin off the franchise and explore other ways to capitalize on that star power. This year, the event is invitation-only but will evolve into a combination of ticketed and invited guests.

This year’s list of 100 influential people will be announced on April 18, and the usual gala honoring them will take place in the evening following the summit.