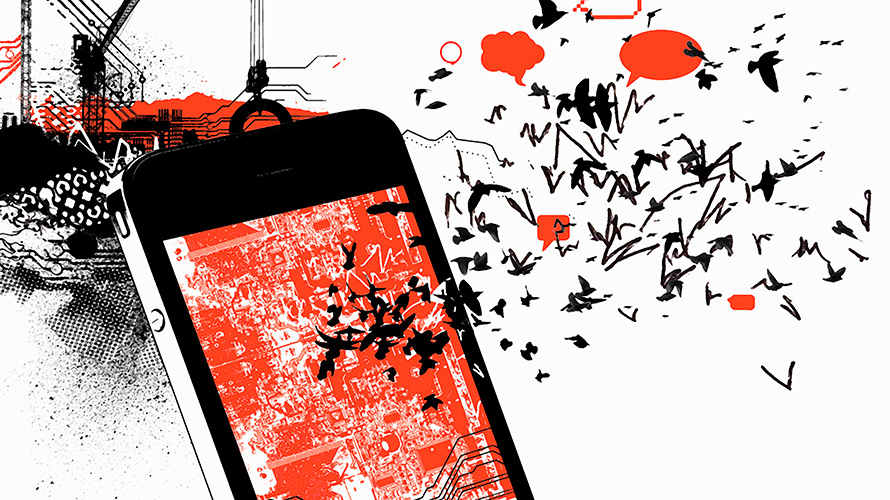 The Global Alliance for Responsible Media formed in June 2019. - Credit by Getty Images

While they may be rivals on retail shelves, some of the world’s top brands have joined forces to eradicate a common enemy: harmful online content.

At the World Economic Forum’s annual meeting in Davos, Switzerland, the Global Alliance for Responsible Media announced a new initiative to fight back against the flood of damaging content uploaded to the internet on a daily basis—especially the kind that has the potential to appear alongside advertisements and threaten brand safety. The coalition is made up of major advertisers such as Unilever, Nestle and Procter & Gamble, working with media platforms including Facebook, YouTube, Google and NBCUniversal.

“The digital revolution has brought plenty of great benefits for society, consumers and businesses,” Luis Di Como, evp of global media at Unilever, told Adweek. “However, at the same time, there are also bad actors taking advantage this. That’s why we have fake news, fraud, issues around data privacy, and the sheer amount of inappropriate and harmful content that exists online.”

The organization revealed that between July and September 2019, Facebook, Instagram and YouTube removed about 620 million pieces of harmful content from their networks before the majority of it was viewed by users—however, an estimated 9.2 million pieces still made it through.

In addition to preventing advertising dollars from ending up in the hands of unscrupulous people, the coalition’s ultimate aim is to “create a more sustainable and responsible digital environment that protects consumers, the media industry and society,” according to a statement.

"Is it ever going to be absolutely zero? I don't think so. One is too many."
Luis Di Como, evp of global media, Unilever
The plan involves three steps. First, establish shared definitions of what constitutes harmful content, from drugs to terrorism and other explicit material. Second, create common tools that give advertisers, media agencies and platforms better control of where content gets placed. And third, develop independent metrics that enable the industry to gauge its rate of success at blocking, demonetizing and removing undesirable content.

This level of cooperation between rival companies to support a common cause is unprecedented, according to Di Como. “This is something that all of us are committed to removing, and that’s why it’s critical to create systemic change.”

According to Marc Pritchard, chief brand officer at P&G, the time is right to establish a modern media supply chain “built for the year 2030” that is “safe, efficient, transparent, accountable and properly moderated for everyone involved, especially for the consumers we serve.”

As for whether the organization can succeed in expunging all harmful content from the internet, Di Como said he’s optimistic about the path ahead, and also not one to get complacent.

“Is it ever going to be absolutely zero? I don’t think so,” he said. “One is too many, and if one exists, there’s still room for improvement.”

Don't miss Adweek NexTech, live this week, to explore privacy, data, attribution and the benchmarks that matter. Register for free and tune in.
@hiebertpaul paul.hiebert@adweek.com Paul Hiebert is a CPG reporter at Adweek, where he focuses on data-driven stories that help illustrate changes in consumer behavior and sentiment.