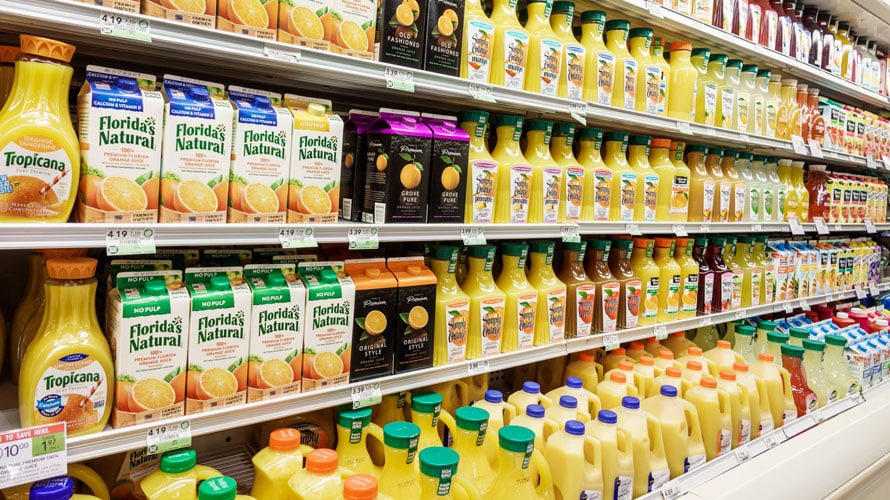 Facebook and one of its longtime advertisers, Pepsi’s Tropicana line of juices and fruit-based beverages, recently teamed up on a campaign aimed at answering the question: Can social media move sales volume the same way TV can?

Longtime consumer-packaged goods marketer Dave Sommer, head of industry for CPG at Facebook, said that Facebook and Instagram have proven themselves to be solid parts of marketing mix models, but CPG brands have historically invested less on those platforms and more in television. So, Facebook and Tropicana worked together on a test to see whether the return on investment would scale in a campaign with a larger TV-like investment in Facebook.

The autoplay video campaign on Facebook and Instagram followed the social network’s creative and media best practices, such as building creative for the news feed and branding up front, and it used Facebook’s machine learning-powered automatic placement to decide how ads should be delivered. It also included a measurement study component to gauge its effectiveness.

“We weren’t confident that moving a TV-sized budget to social would have the same effect,” Sommer admitted, pointing out that the giants of the CPG sector built their businesses on TV. He added, “They needed that broad reach and that was how they could find it.”

PepsiCo director of analytics Bunmi Onibokun wasn’t sure what to expect either, noting that while Tropicana has a history with Facebook, providing a good baseline to run with and scale with “was going outside the box of all of the work we’ve historically done. … This was an experiment in its purest form.”

And the experiment worked: Facebook said the campaign achieved a return on ad spend of more than one-to-one, with Sommer adding that household penetration was key, as was “assuming people aren’t as loyal as you think.”

The campaign reached some 38 million households, and when compared with the average results from its overall digital campaigns, its return on ad spend was 45% higher and sales volume was 58% higher.

“Based on the results we have now, we are now more confident in what we’ll do next,” Onibokun said. “The test has proven itself.”

Tropicana/Facebook
On a related note, Facebook IQ, the social network’s research arm, commissioned a study by Accenture of 2,280 people in the U.S. aged 18 and older who had purchased food or beverage products in the three months leading up to last November. The study turned up three trends that are impacting food and beverage brands.

People are using mobile to shortcut their grocery shopping. Sixty-eight percent of respondents aged 18–34 believe that time is more valuable than money, so one-quarter used their smartphones to make food and beverage purchases during the period studied by Facebook IQ. Other prominent smartphone uses while in stores included checking digital grocery lists and seeking promotions and discounts.

This desire for convenience has also helped boost meal-kit subscriptions and on-demand deliveries, as those between 18 and 34 were more than twice as likely as those over 35 to have used such services.

Food trendologist Kara Nielsen said in the Facebook IQ report that “convenience has always been a factor, but that used to just mean somebody putting your grocery bags in your car or ordering groceries online. We’re now seeing Amazon, as well as many other retailers trying to compete with Amazon, offering delivery on a huge variety of different food products.”

People want social content that helps them explore new tastes as well; 46% of the 18–34 group consider themselves to be foodies versus 32% of those 35 and up. And those self-described foodies like to share via social platforms both to showcase their experiences for others and to show off their expertise.

People are also turning to social media to learn more about food, as 87% of the younger age group said they discover new food or recipe ideas on those platforms, and 47% said mobile plays a role in deciding which new food products to buy (versus just 21% for television).

Upon discovering new food products online, 31% of respondents said they will consider using those products in recipes.

“They used to get a magazine and rip out a recipe,” Nielsen said. “Now they just look online. It’s like a giant library.”

Lastly, people are influenced to buy based on their digital hunger. Almost half of Instagram users who explore interests on that platform said they like seeing content about food and drink, making that the most popular interest on the platform. For instance, there are over 191 million images on Instagram with the hashtag #FoodPorn.

They are not shunning ads, either, as 31% of those in the 18–24 group said ads on social platforms help them decide what to buy.

“Young people are used to consuming things more visually,” Nielsen said. “They have shorter attention spans. They want to burn through it and look and see and understand what it is at a glance instead of perhaps reading something a little more thoroughly. If you look at a lot of the traditional older cookbooks, there aren’t that many pictures. You have to read the recipe. And now everything is so visual.”

So will the results of Tropicana’s test campaign and the findings by Facebook IQ prompt more CPG brands to follow suit?

“For the classic CPG marketers who are doing these rigorous and carefully measured volume response tests with Facebook, they needed to prove that with scaled investment, the sales volume in brick and mortar stores would scale,” Sommer said. “And, yes, the juice is worth the squeeze: The sales volume does scale.”