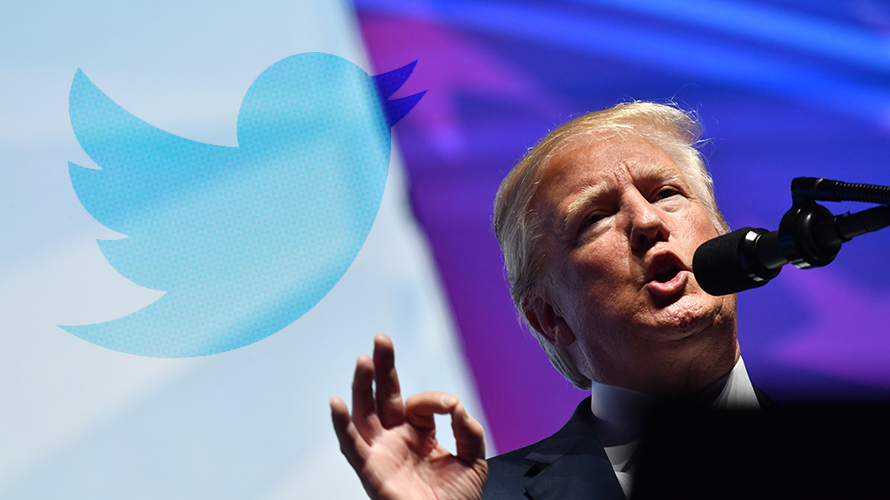 The lawsuit was filed by the Knight First Amendment Institute at Columbia University, representing seven plaintiffs who were blocked on Twitter by the president. - Credit by Getty Images, Twitter

If President Donald Trump wants to continue using his Twitter account as a public forum, he must adhere to the First Amendment, which means no blocking other Twitter users, according to a court ruling Wednesday.

U.S. District Court for the Southern District of New York judge Naomi Reice Buchwald ruled Wednesday that Trump’s blocking of Twitter users with differing political viewpoints is a violation of the First Amendment, rejecting the president’s argument that his personal First Amendment rights superseded those of the plaintiffs.

She added: “This case requires us to consider whether a public official may, consistent with the First Amendment, block a person from his Twitter account in response to the political views that person has expressed, and whether the analysis differs because that public official is the president of the United States. The answer to both questions is no.”

The judge also delved into the other Twitter options available to Trump. “No First Amendment harm arises when a government’s ‘challenged conduct’ is simply to ignore the [speaker], as the Supreme Court has affirmed ‘that it is free to do,’” she wrote. “Stated otherwise, ‘a person’s right to speak is not infringed when government simply ignores that person while listening to others,’ or when the government ‘amplifies’ the voice of one speaker over those of others.”

Buchwald also highlighted the difference between muting and blocking, explaining: Muting preserves the muted account’s ability to reply to a tweet sent by the muting account, blocking precludes the blocked user from ‘seeing or replying to the blocking user’s tweets’ entirely.”

White House social media director and assistant to the president Dan Scavino was also named in the lawsuit, and while Buchwald did not specifically order Trump and company to reinstate Twitter users who were blocked, she wrote in her ruling: “Because no government official is above the law and because all government officials are presumed to follow the law once the judiciary has said what the law is, we must assume that the president and Scavino will remedy the blocking we have held to be unconstitutional.”

The lawsuit was filed by the Knight First Amendment Institute at Columbia University, representing seven plaintiffs who were blocked on Twitter by the president. The organization’s executive director, Jameel Jaffer, said in a release: “We’re pleased with the court’s decision. The president’s practice of blocking critics on Twitter is pernicious and unconstitutional, and we hope this ruling will bring it to an end.”

The results were different for Trump when Twitter handed down a ruling of its own earlier this year. In January, Trump sent a tweet that appeared to taunt and threaten North Korean supreme leader Kim Jong Un, resulting in calls for the social network to block him, which were obviously not heeded.

Twitter said in a blog post at the time that blocking or removing “controversial tweets” from a world leader “would hide important information people should be able to see and debate.”

“It would also not silence that leader, but it would certainly hamper necessary discussion around their words and actions,” the blog post continued. “We review tweets by leaders within the political context that defines them and enforce our rules accordingly.”