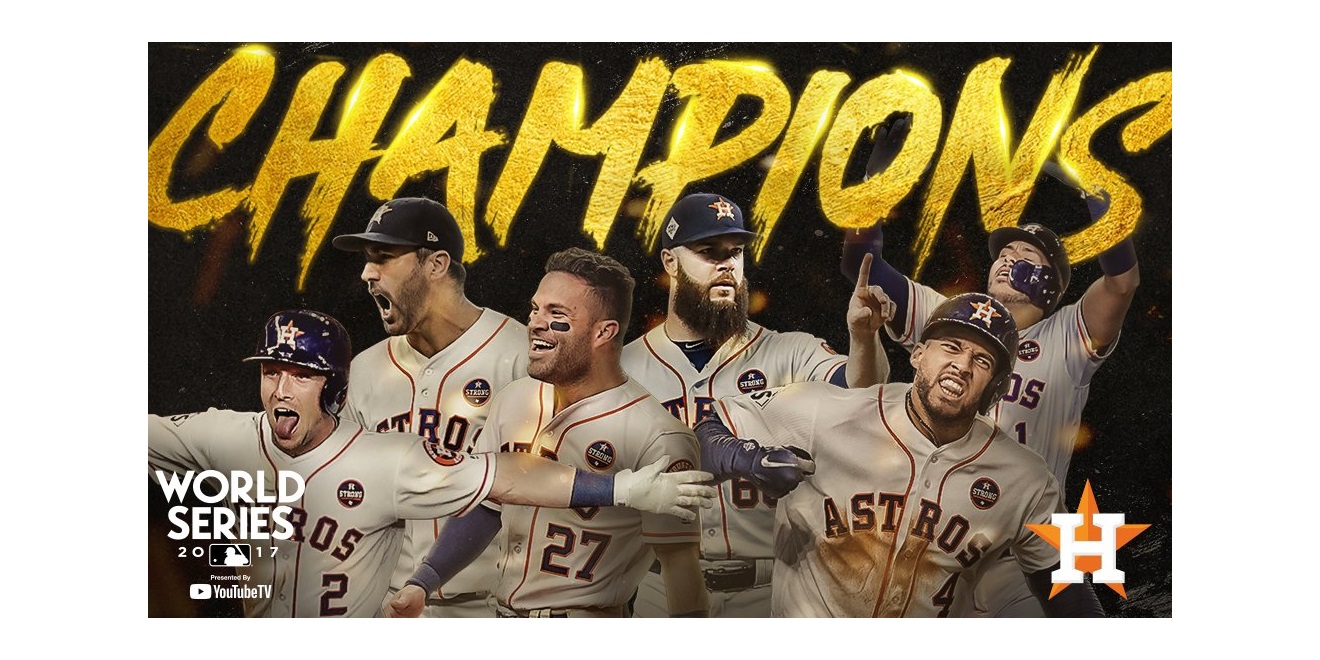 The final out of the seventh and final game of the 2017 World Series generated 62,000 tweets per minute, making it Twitter’s most-tweeted-about moment during the Fall Classic.

The top three World Series moments on Twitter were:

The three most-mentioned Astros players were:

And the three-most-mentioned members of the Dodgers were:

T-Mobile president and CEO John Legere announced in a tweet that the wireless carrier’s #HR4HR initiative with Team Rubicon to raise funds for hurricane recovery efforts resulted in a donation of more than $2.5 million by Major League Baseball’s official wireless sponsor.

AMAZING #WorldSeries!! 104 home runs + more than 650K tweets = more than $2.5M donated to @TeamRubicon for hurricane recovery!! Incredible!! So happy we could help out this postseason & THANK YOU everyone for tweeting #HR4HR all month long!! pic.twitter.com/1OjVvJebJv

The @Astros win their first #WorldSeries in franchise history! pic.twitter.com/miiyOG4P3j

FOR THE FIRST TIME IN FRANCHISE HISTORY, THE #ASTROS ARE #WORLDSERIES CHAMPIONS! #EARNEDHISTORY pic.twitter.com/lTo9MNqzVR

On top of the world. #CHAMPS pic.twitter.com/BLa0kCFjTy

Congratulations to the @astros on winning the #WorldSeries. We'll see you next season. #Respect https://t.co/9qlYceqFGi

To the best fans in baseball, thank you for being a part of this incredible ride! #ThankYouFans pic.twitter.com/35KJ2AdmOY