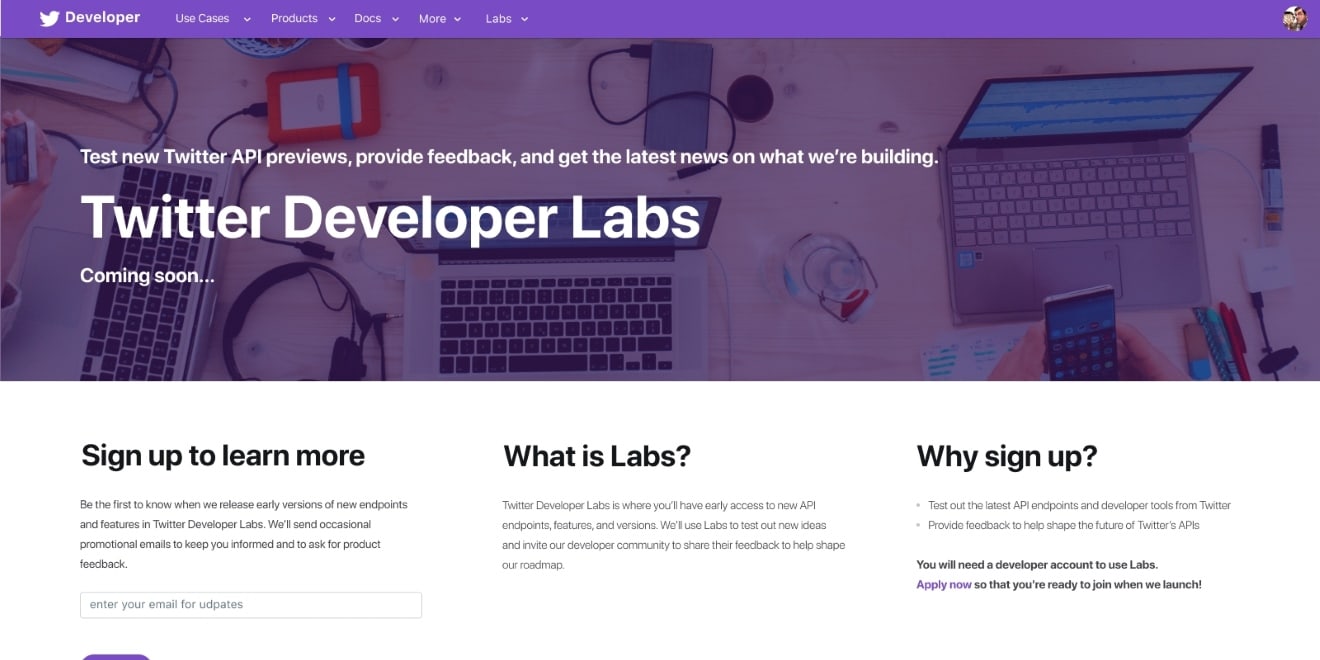 Twitter created the Twitter Developer Labs program to involve developers in building the next generation of the social network’s application-programming interface, with a focus on strengthening the public conversation.

Group product manager Ian Cairns said in a blog post that developers will be able to test new API products early and share their feedback.

The initial focus of Twitter Developer Labs will be on conversational data, including academics and researchers who study interactions on the social network, as well as social listening and analytics providers that build products for other businesses.

Cairns wrote, “Twitter has significantly changed since we introduced the v1.1 API in 2012, as has the way developers use the Twitter API. Going forward, we want to make it easier for more developers to get started and grow with us, while continuing to provide a useful, open and free API offering. We’re building the future of our developer platform with a diverse range of developers in mind.”

He continued, “We know we still need to do a better job listening to and learning from our developer community. Labs is a test program to help us do that, in line with the more open, public approach to product development we’re taking across the company. We’re inviting interested developers to preview new features and tell us what they like, what they don’t, and what would help them—before we launch new API features broadly to everyone.”

They can then sign up via the Twitter Developer Labs page, after which they will receive updates when the first endpoints go live in the coming weeks. Documentation is also available for review.

Twitter said further updates on the program will be shared via @TwitterDev, adding that it will host a #TapIntoTwitter event in New York June 4 to meet with its developer community and share more details.