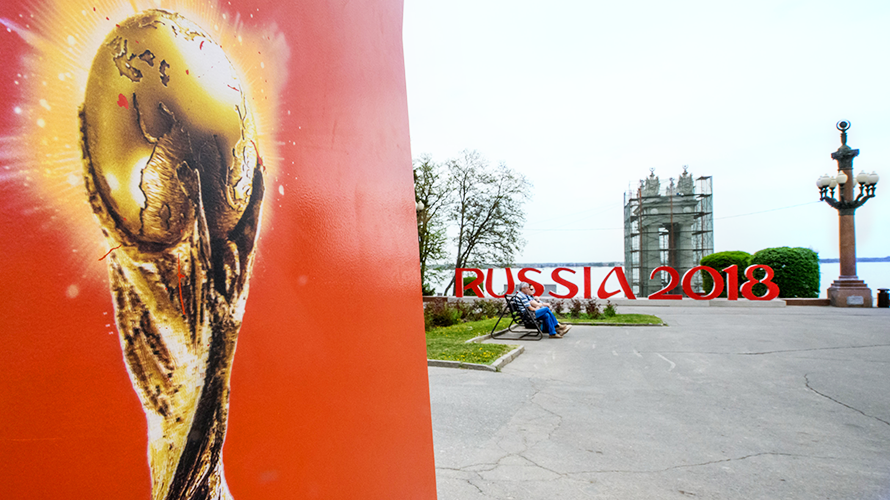 Twitter only had native video on its platform for about six months when 2014 FIFA World Cup Brazil took place, but it’s an entirely different ballgame for 2018 FIFA World Cup Russia.

The tournament, which kicks off June 14 and runs through the crowning of a champion July 15, is already heating up the social network, from both users and brands. After seeing strong numbers in 2014, Twitter is trying to, at the very least, replicate that success, despite the fact that the U.S. men’s national team and global powerhouses in the Netherlands and Italy didn’t make the draw this year.

“What’s important to remember here is that the U.S. team didn’t make it to the Copa América final matches two years ago, and even then, the Copa América final was still the most viewed men’s soccer match since the 2014 World Cup final, so the lack of a U.S. presence may not be as negative as anticipated,” said Mindshare North America social practice lead Beena Kalaiya.

Twitter head of global brand strategy Alex Josephson said seven out of 10 sports fans plan to interact with Twitter before the actual matches begin, adding that Twitter has seen a 140 percent year-over-year increase in the number of soccer-related videos shared via the platform.

According to Twitter, the 2014 World Cup saw 672 million tweets featuring #WorldCup, and the company said at the time, the weeks-long event was the most tweeted event in its history. As we slide into 2018, Twitter is telling brands that with the tournament only taking place once every four years, “you’re going to get consumers’ attention. We’re telling U.S. advertisers and global brands with a big U.S. presence that the World Cup transcends [the lack of the USMNT].”

Josephson said Corona Mexico was the most mentioned brand globally on Twitter during the World Cup Draw on Dec. 1, adding that its efforts started “to build equity and an association between Corona and the World Cup.”

Twitter has seen a 17 percent year-over-year increase in tweets about brands that are related to soccer, and Josephson expects to see that number “ramp up even more as we get into June and the matches start.”

He suggested that brands promote their video content on the social network with an intelligent targeting strategy. “The biggest thing to avoid is trying to think of Twitter as a last-minute add-on to whatever your macro World Cup strategy is.”

Josephson said brands need to have a three-pronged content strategy: things that are planned, anticipating what could happen and reacting to the unexpected things that inevitably do happen.

Perhaps the best example of the latter is this tweet by Snickers, which went live shortly after Uruguay striker Luis Suárez bit Italy defender Giorgio Chiellini during the 2014 World Cup.

Fox Sports vice president of digital and social, Michael Bucklin, said, “This is going to be the first true digital World Cup.” He added that the technological advances of the past four years have enabled it to shave 20 minutes off the turnaround time for producing highlights for the Twitter feed.

Six-second pre-roll ads for those goal highlights will be made available to brands.

Kalaiya was bullish on the pre-roll ads, saying, “The fact that these games will be played during the daytime means that people will be at work and, therefore, the potential to ‘watch’ the game via highlights on social media works better than having to commit to investing the time to watch the games in their entirety. Snackable and engaging content is definitely the way to go for this scenario.”