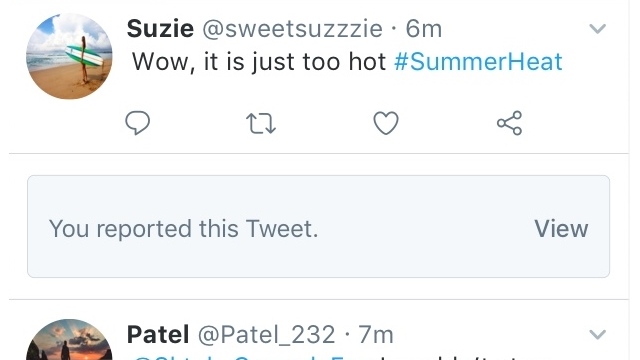 Twitter announced changes to the way it displays tweets that have been deleted following enforcement action by the social network, as well as tweets that people have reported.

That notice will be displayed for 14 days, both on the account holder’s profile and in place of the specific tweet.

Twitter said this change will roll out on Twitter.com and its mobile applications in the coming weeks. 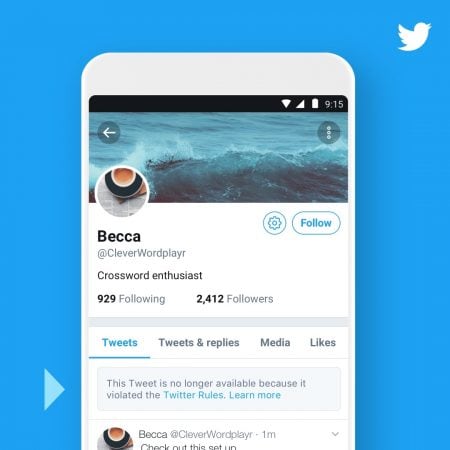 What users will see in place of a deleted tweet
Twitter
Also, in response to user feedback that people do not want to continue seeing tweets that they have reported, those tweets will now be hidden behind a notice indicating that the user reported the tweet.

Should the person who reported the tweet wish to see it again, they can tap the notice to review the tweet. 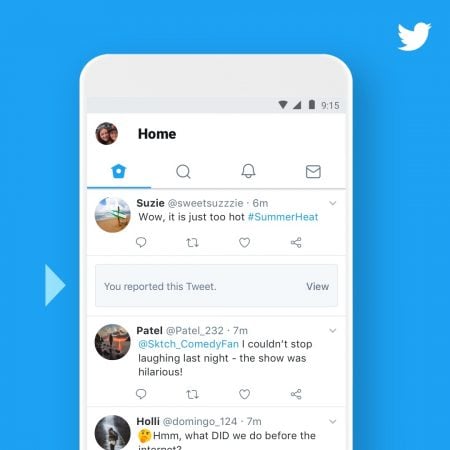 Reported a tweet and don't want to see it?
Twitter
david.cohen@adweek.com David Cohen is editor of Adweek's Social Pro Daily.