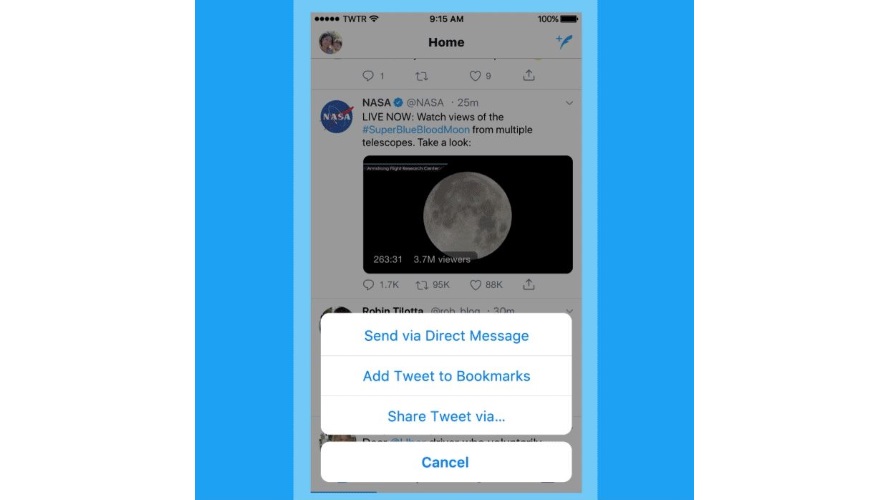 Associate product manager Jesar Shah announced in a blog post that the new share icon beneath every tweet will allow users to bookmark tweets for later reading, as well as to share them via direct message or several other ways outside of Twitter.

Twitter began testing a Save for Later feature last October, renaming the feature Bookmarks over the Thanksgiving holiday weekend.

Shah said that based on input from users, Twitter added the ability to save replies and to share tweets “hours or days” after they are bookmarked, adding that Bookmarks are only visible to the user doing the bookmarking.

She also provided the following instructions for using the feature:

Finally, Shah noted that tweets can be removed from Bookmarks at any time.