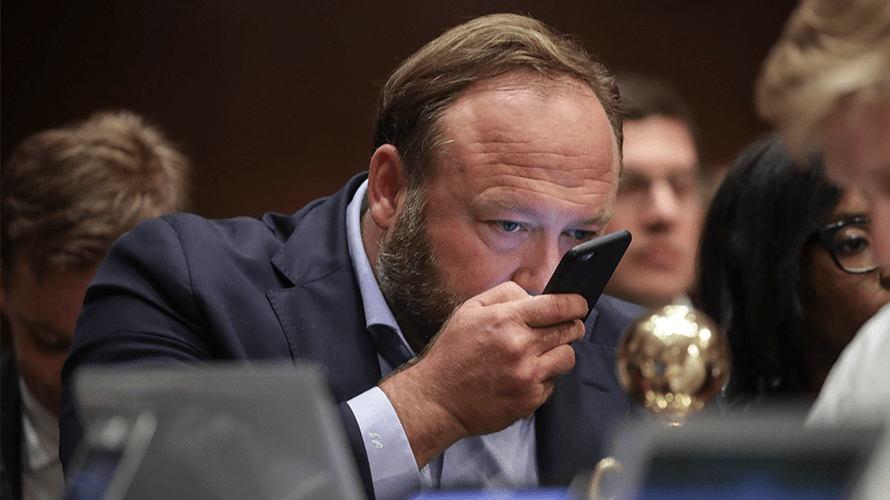 The ban comes a day after Jones livestreamed himself berating a CNN reporter on Periscope. - Credit by Getty Images

Twitter has permanently banned the far-right conspiracy theorist Alex Jones and his website Infowars from the platform and from livestreaming service Periscope, the company said this afternoon.

“Today, we permanently suspended @RealAlexJones and @infowars from Twitter and Periscope,” the company said in a statement. “We took this action based on new reports of Tweets and videos posted yesterday that violate our abusive behavior policy, in addition to the accounts’ past violations.”

The company said it would take further action “if content that violates our rules is reported or if other accounts are utilized in an attempt to circumvent their ban.”

The permanent ban also comes a day after Jones and a camera crew confronted and yelled at CNN reporter Oliver Darcy for nine minutes while livestreaming the encounter on the Twitter-owned Periscope. (Darcy has reported on Jones’ tweets that have appeared to violate Twitter’s rules.) Jones and Darcy were on Capitol Hill for hearings in which Facebook chief operating officer Sheryl Sandberg and Twitter CEO Jack Dorsey testified before Senate and House committees.

Jones is infamous for spreading the conspiracy theory that the 2012 Sandy Hook massacre was a hoax and that that the victims and their grieving parents are “crisis actors.” Twitter had previously suspended Jones for a week after he called on his fans to keep their “battle rifles” ready during a livestream on Periscope, but Jones had since returned to the platform.

Jones’ presence on the platform had caused some users to try to take action. Tens of thousands of Twitter users blocked major brands en masse until Jones was removed from the platform, an effort that was intended to limit advertisers’ reach and affect Twitter’s bottom line.

Shannon Coulter, the co-founder of #GrabYourWallet and the organizer of that mass blocking effort, said in an email Thursday evening that more than 80,000 Twitter users would automatically unblock major brands now that Jones was off the platform.

“Twitter having shown Alex Jones the door means that Twitter is delivering on its recent promises to make its platform a safer, better place,” Coulter said in an email to Adweek. “This move can be seen as a part of a larger pivot by the entire tech industry to become a more humane, grown up version of itself. When such bright, dynamic people set out to disrupt hate, hate doesn’t stand a chance.”