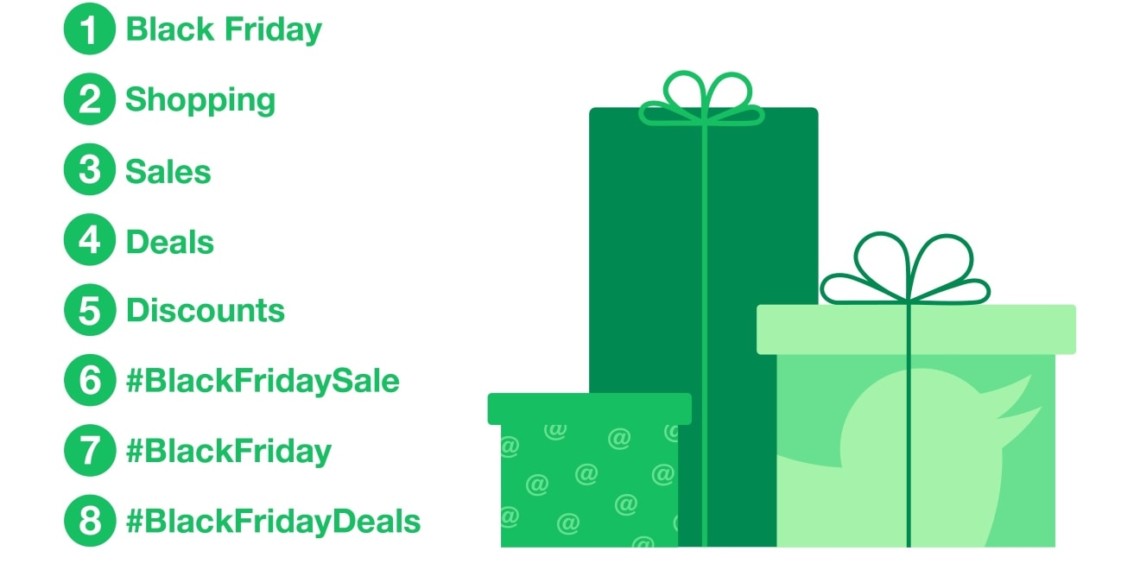 Twitter examined activity on its platform during the 2017 holiday shopping season and shared nine trends for brands to consider for this year.

Content strategy lead E.J. Samson wrote in a blog post that people on Twitter are 31 percent more likely to be the first to buy new products, compared with the rest of the online population, according to a study by Kantar Millward Brown that was commissioned by the social network.

He also cited another Twitter-commissioned study from last year’s holiday shopping season, which found that two-thirds of Twitter users influence purchases made by their families and friends.

Here are Twitter’s nine trends to watch for the 2018 holiday shopping season:

Twitter found that 52 percent of people on its platform begin thinking about holiday shopping lists as early as September, with that early activity focused on festive clothing such as pajamas, socks and sweaters.

The top 10 keywords in Christmas tweets are: 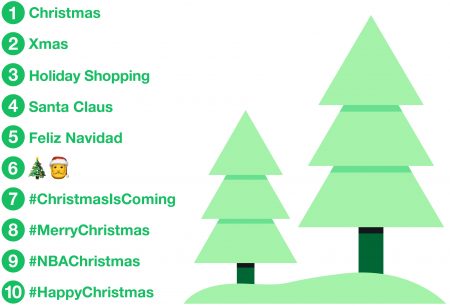 Samson wrote that Friendsgiving—celebrating Thanksgiving with friends instead of family—became a major theme on Twitter in 2017, with mentions up 295 percent compared with the same time in 2016, driven primarily by millennials and women.

He added that discussion on Twitter revealed Friendsgiving to be more relaxed than Thanksgiving, which was often associated with “stress, frustration and exhaustion” due to planning and travel issues.

Conversation about vegetarian and vegan options for the Thanksgiving meal was up 10 times in early November compared with the same period last year.

Samson wrote, “Grandma’s turkey may be the foundation of the holidays in many homes, but people on Twitter are looking for new, healthy twists on holiday classics.”

Twitter found Black Friday to be “a major source of exhaustion” for users, with women affected 47 percent more than men.

Samson wrote that conversation about Black Friday in 2017 peaked on the actual day, as shoppers shared tips for avoiding traffic and crowds.

The top eight keywords in Black Friday-related tweets were:

Twitter discovered sentiment from many people that shopping in brick-and-mortar stores on Black Friday was a waste of time when similar deals were available online on Cyber Monday.

Samson wrote that moms embraced the convenience of Cyber Monday, expressing “hope and contentment,” and he added that there has been a 37 percent increase in conversation about online shopping overall since 2017.

The top six keywords in Cyber Monday-related tweets were:

Twitter found that while fathers were more likely to complain about the holiday shopping season than mothers were, they were also more involved than ever.

The social network found that dads were 9 percent more involved in holiday planning than in previous years, gravitating toward online retailers to save time.

They were not as concerned with saving money, however, as dads were 57 percent less likely than moms to discuss saving and budgeting on Twitter.

Many consumers tweeted their concerns about retail workers who had to spend Thanksgiving and Black Friday on the job instead of with their families.

In return, retail brands including T.J.Maxx, The Home Depot and REI tweeted reminders that they would be closed on Thanksgiving Day.

Our stores will be closed on Thanksgiving so our Associates can enjoy the holiday with family and friends. pic.twitter.com/4QzQA6hLMX

Our stores will be closed on Thanksgiving. Take time to enjoy food, family and friends, and we’ll see you early Friday morning!

Happy Thanksgiving! Our stores are closed and we are celebrating outside with friends and family. Catch you tomorrow. pic.twitter.com/2UbuQwWBPW

Be good to yourself

Twitter found that many people skipped Black Friday and Cyber Monday altogether and did their shopping in December.