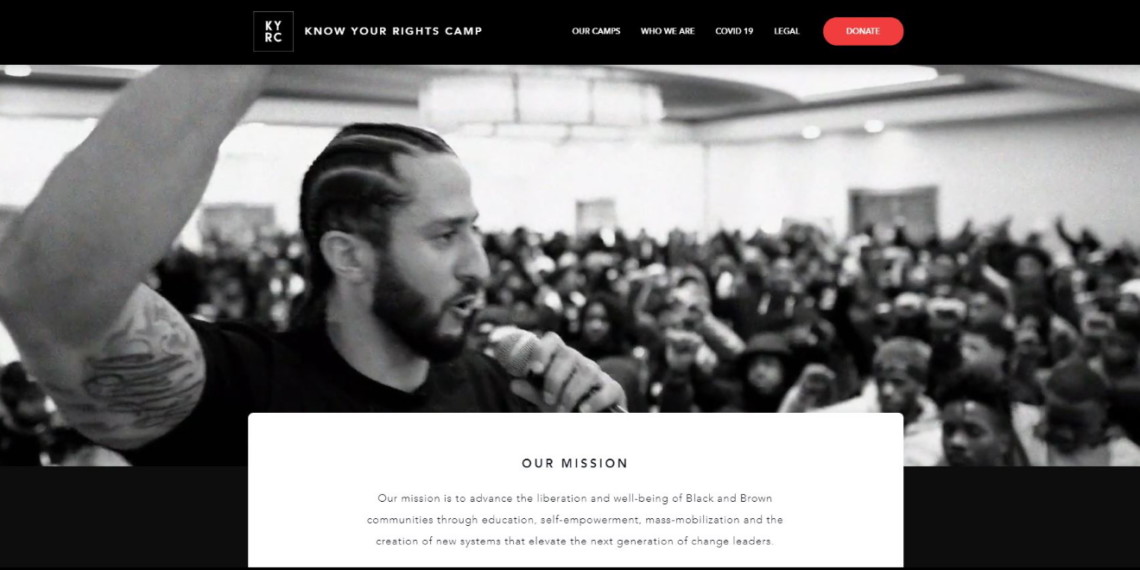 A very big name led the newest round of #startsmall grants revealed by Twitter CEO Jack Dorsey this week.

Dorsey said in a tweet that $3 million will go to Know Your Rights Camp, which is led by former National Football League quarterback and current civil rights activist Colin Kaepernick.

The mission of Know Your Rights Camp, according to its website, is “to advance the liberation and well-being of Black and Brown communities through education, self-empowerment, mass-mobilization and the creation of new systems that elevate the next generation of change leaders.”

$3mm to Colin @Kaepernick7’s @yourrightscamp to advance the liberation and well-being of Black and Brown communities through education, self-empowerment, mass-mobilization to elevate the next generation of change leaders. https://t.co/WGgKziHnwB

Dorsey said in a series of tweets in April that funds for the #startsmall grants would come from his equity in payments platform Square, which he also leads, adding that the money will be routed through limited liability company Start Small, and all transactions will be tracked on a public Google Docs spreadsheet in the interest of transparency.

The other #startsmall grants revealed by Dorsey this week were: