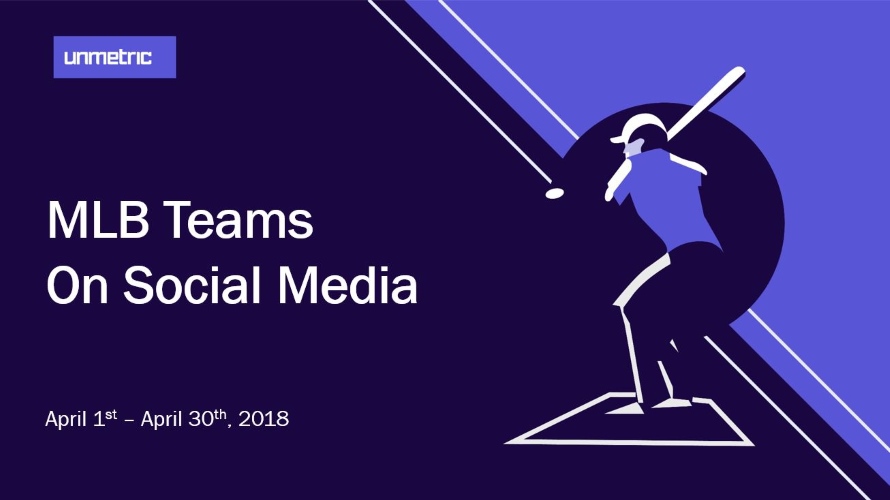 Success on the field translated into success on Facebook, Twitter and Instagram in social marketing firm Unmetric’s analysis of Major League Baseball teams across those three social networks in April.

The Chicago Cubs had the most engagement on Facebook during the season’s inaugural month, while the Cleveland Indians topped Twitter and Instagram was led by the New York Yankees.

Unmetric examined its cross-channel reports for all 30 MLB clubs from April 1 through 30, and it also found that: 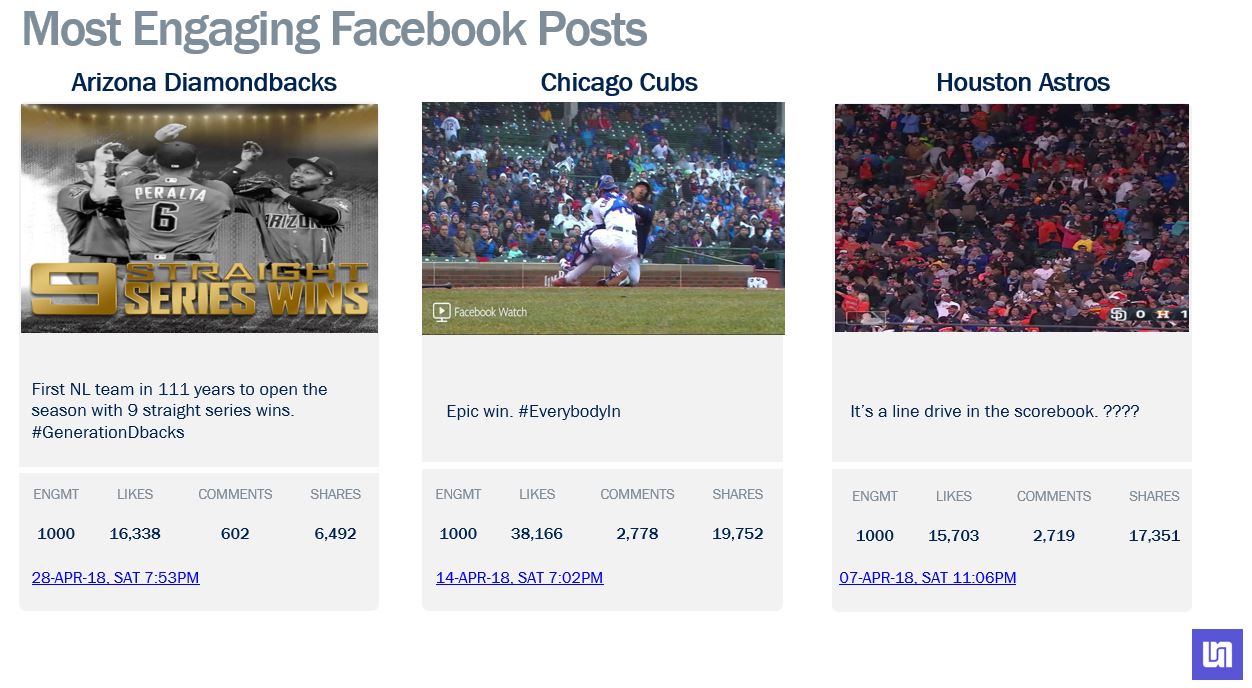 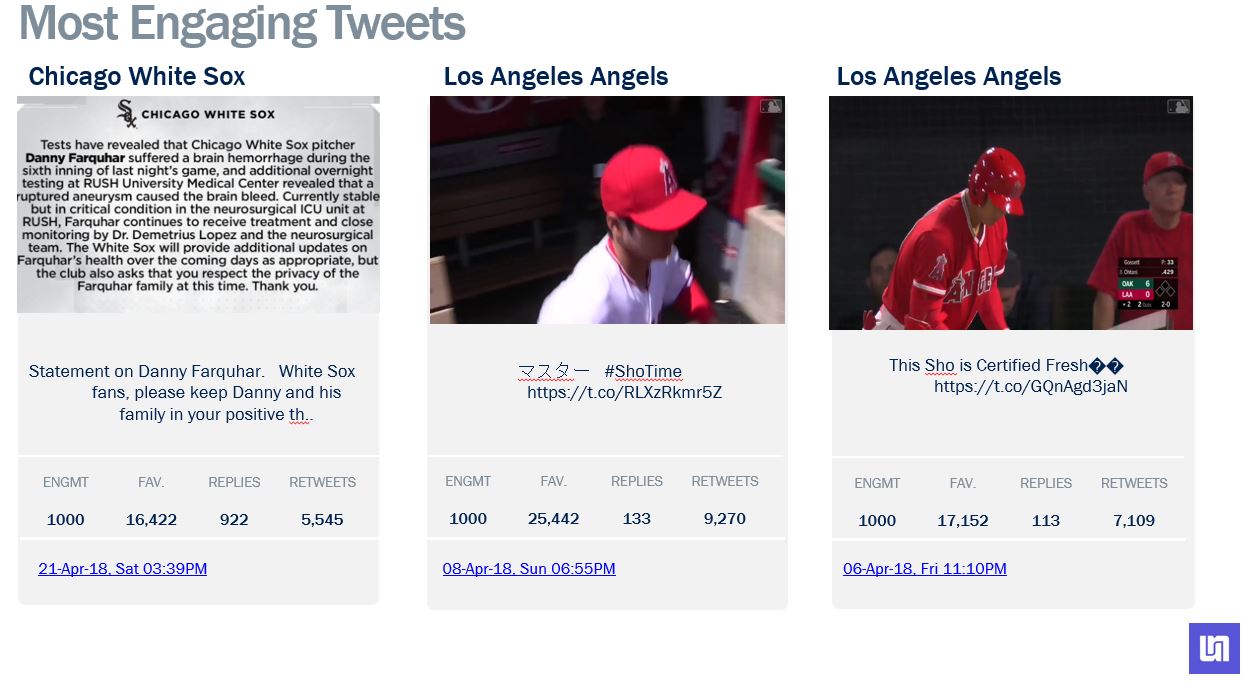 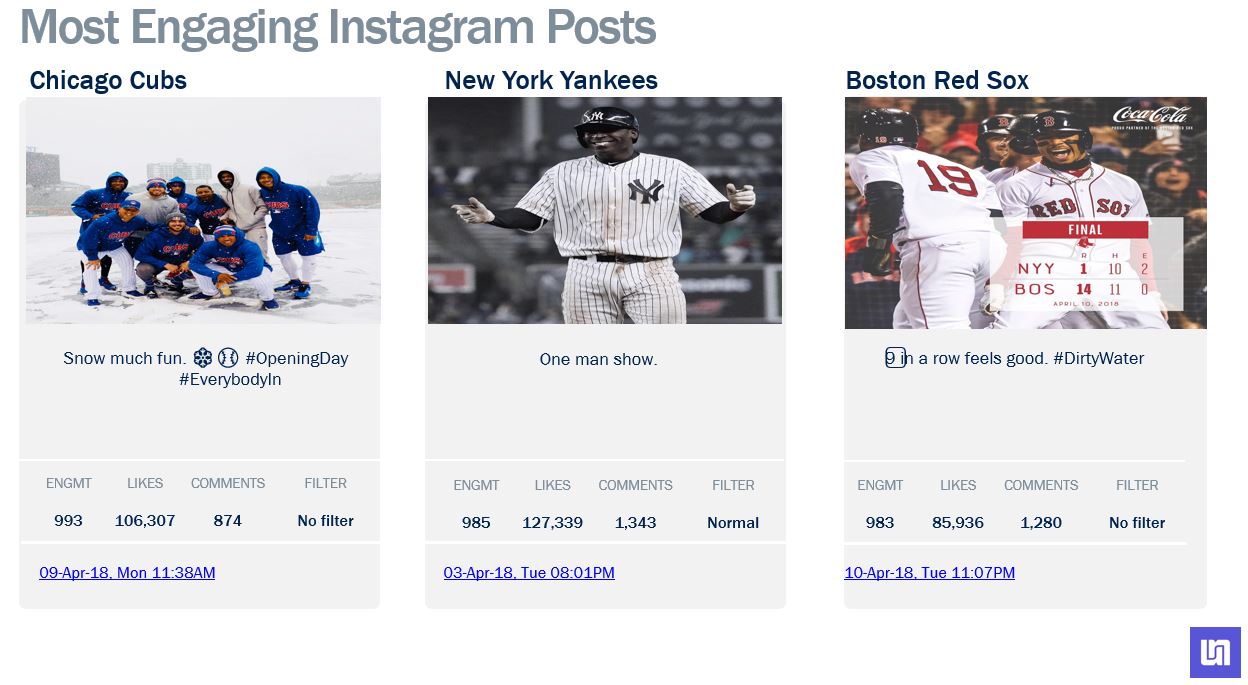