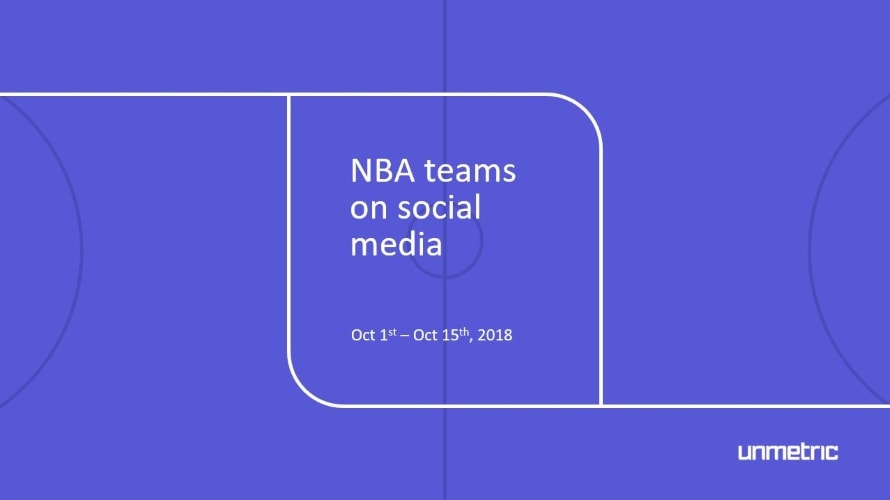 Unmetric examined its cross-channel reports for all 30 NBA teams from Oct. 1 through 15 - Credit by Unmetric

Unmetric examined its cross-channel reports for all 30 NBA teams from Oct. 1 through 15, and it also found that: 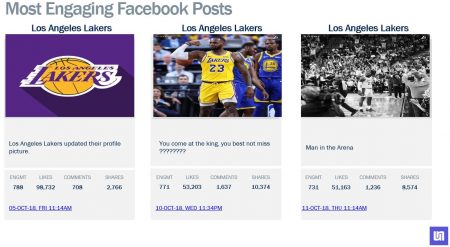 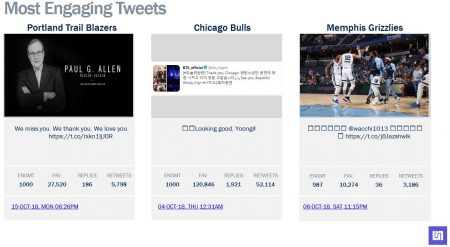 Most engaging tweets, Oct. 1 through 15
Unmetric 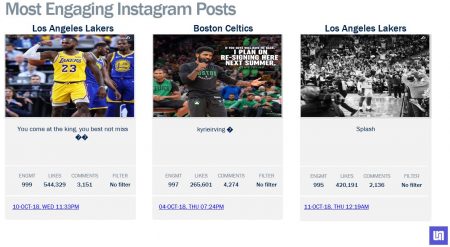