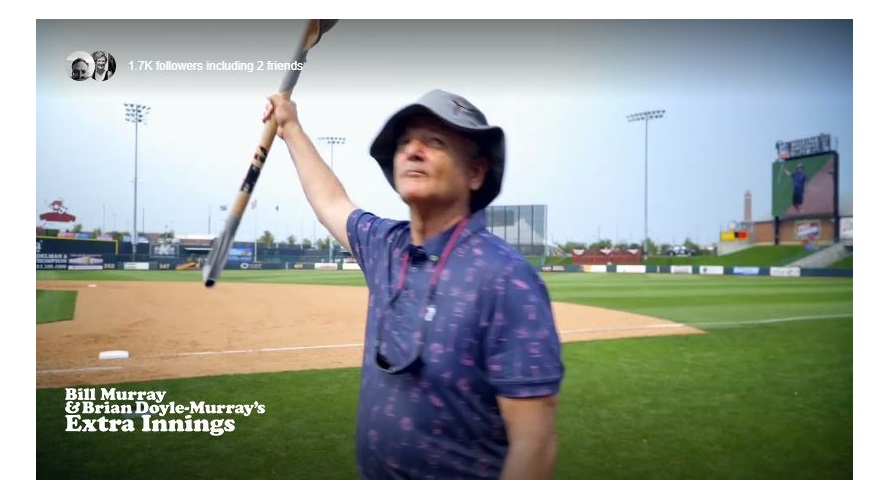 Minor League Baseball is coming to Watch on Facebook in a major way, with some humor, Bill Murray-style.

The series debuts Monday, Nov. 20, and it will feature the brothers visiting teams including the Charleston RiverDogs, Martha’s Vineyard Sharks, St. Paul Saints and Kansas City T-Bones, as well as organizations such as the Kansas City MLB Urban Youth Academy and the Negro Leagues Baseball Museum.

Oso founder and series executive producer Dub Cornett—co-creator of Mike Judge Presents: Tales From the Tour Bus and The Last Ride—said in a release introducing the Watch on Facebook series: “I dig Minor League Baseball, meeting folks and having fun, and it seems that Bill does, too. So, when I ran into Brian Doyle-Murray at a birthday party, I thought that traveling with the Murray brothers to games around America would be a fun, cool show, and so did they. It’s simple as that.”

Murray added, “A little something to fill a baseball fan’s off-season hole in the heart.”

New installments of the 10-episode series will debut Mondays.