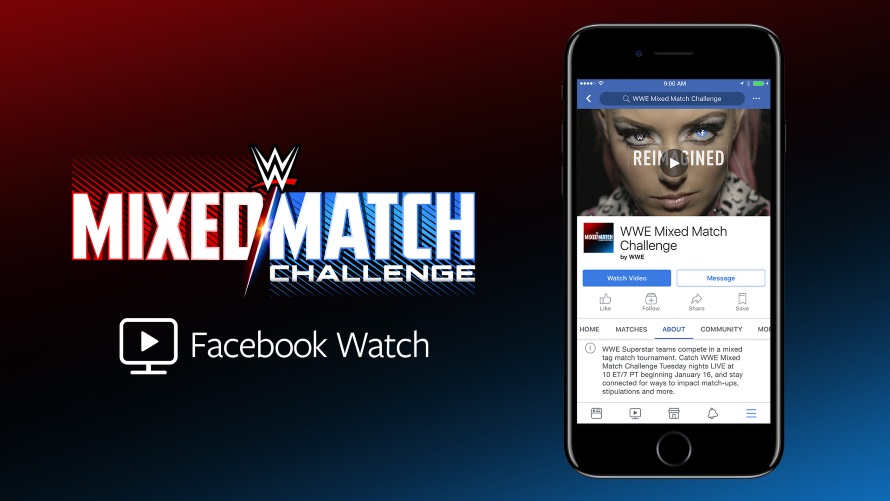 WWE has more than 825 million followers worldwide across its social properties, including nearly 500 million likes on its Facebook pages, with more than 38.6 million alone on the main WWE page.

The winner will receive $100,000 from WWE to support the charity of their choice.

WWE said each episode will run 20 minutes, and production will be tailored for mobile devices and increased social interaction, with fans on Facebook engaging with Superstars during the show and having input on match-ups and conditions on those matches.

In addition, storylines from WWE Mixed Match Challenge will live on between episodes across WWE’s various Facebook pages, through short-form videos and social content.

Participants from the Raw roster are:

And from SmackDown Live: