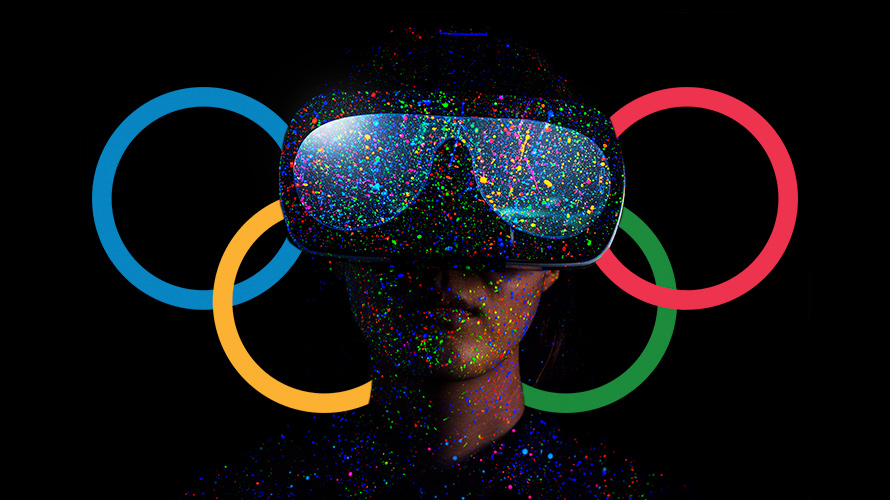 While virtual reality is still fairly new in terms of overall adoption—with just a few million people buying headsets in 2017—several companies in both the hardware and content sectors have made 2018 Winter Olympics in PyeongChang, South Korea, a platform to show how the technology is evolving.

Leading up to the opening ceremony, Jaunt VR teamed up with Olympic Channel—the broadcasting platform for the International Olympic Committee—to follow seven teams of athletes around the world as they trained for events such as snowboarding and bobsledding.

The series, “Trending Gold,” features a film about the Nigerian women’s bobsled team, which producers chose to feature before knowing whether it would become the first African country to qualify for the games in the bobsled event.

“It was really a no-brainer for us because one of the things we’re trying to do as a media company is do things and present the Olympics in a different capacity,” said Mark Parkman, general manager of Olympic Channel. “If you look at some of our original content, we’ve tackled some issues that are controversial. We’ve gone behind the scenes in ways others haven’t before, and we’re wanting to distribute our content across as many platforms and new technologies as possible.”

While this is the first time Olympic Channel has created VR films, it’s not the first time the Olympics has been showcased in VR. For the 2016 Summer Olympics, Olympic Broadcasting Services put 360-degree cameras at certain venues, which the Olympic Channel then uploaded to its own platform. This year, Intel is partnering with OBS and NBC to bring VR content to the NBC Sports VR app.

“As with virtually all emerging technology, viewing technology, when it comes to the Olympics, we explore it all and see what makes sense,” said NBC Olympics president Gary Zenkel.

For this month’s games, Intel has been shooting VR footage for 19 sports across about 30 events. (The initiative is part of a broader plan to help promote the company’s increased focus on VR content. In January, it announced a new studio in Los Angeles. It’s also working on partnerships with film studios and other major sporting events.)

South Korean technology powerhouse Samsung—one of the pioneers in both VR hardware and software—also arrived at the site of the games with a large VR footprint of its own. An Olympic sponsor since 1998, the company brought along six VR experiences related to the games.

For one, Winter Ride, attendees can sit in one of several dozen chairs that rotate along with whatever they’re seeing within the headset as they make their way down an alpine slope. There’s even a VR skeleton ride—where riders lay on their stomach atop a flat board that twists and turns as they speed headfirst down the course–and VR snowboarding.

Samsung is also showing off some of its Winter Olympics VR experiences in New York. At its Samsung 837 space in Chelsea, the company has set up VR skiing, where visitors can put on a head set while standing atop of a pair of skis as an Olympic skier guides them down a hill, allowing them to feel the speed and agility required to navigate each turn. After that, users are transported in VR to an off-course mountain, where they drop out of a helicopter onto some fresh snow as they make their way down the perilous route.

But while broadcasters such as Olympic Channel and NBC, and tech companies like Samsung and Intel are increasing investment in 360-degree video, others are cutting back. Earlier this month, Viacom announced it’s closing down its own VR studio. CNN is also reportedly scaling back its own VR production efforts. As the industry grapples with how to evolve the creation, distribution, and exhibition of VR, opportunity can arise from anywhere. Including brands.

“We believe our role is to create VR content and immersive video content versus the hardware,” said Intel CMO Steve Fund told Adweek back in January while discussing the company’s VR efforts. “We want to be hardware agnostic so our content can be viewed by HTC or samsung or Microsoft or whoever.”