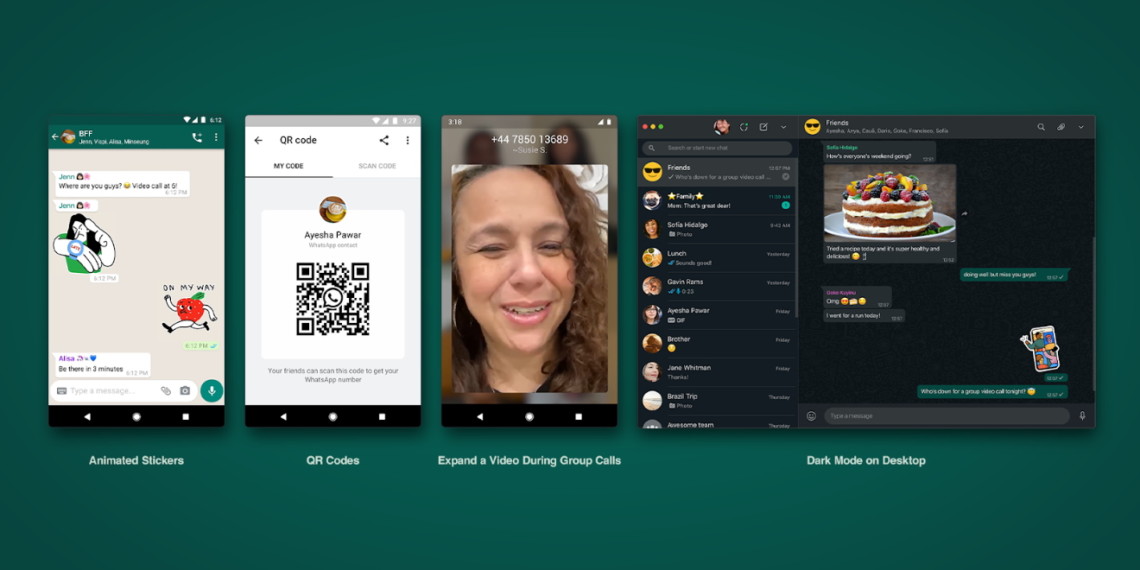 Several new features will be added to WhatsApp over the coming weeks.

The Facebook-owned messaging application said in a blog post that stickers are one of the fastest-growing ways for its users to communicate, and it is rolling out new animated sticker packs.

People will soon be able to add new contacts by scanning QR codes.

Dark mode, released for Android and iOS in March, was added to desktop and web.

During group video calls, users can now focus on a single participant by pressing and holding their video, expanding it to full screen.

Video icons were also added to group chats of eight or fewer people so that one of the participants can start a group video call with a single tap.

And people using WhatsApp on Linux-based operating system KaiOS now have access to Status, WhatsApp’s take on Stories, which disappear after 24 hours.

WhatsApp said in its blog post, “WhatsApp is already used and loved by more than 2 billion people around the world. While our focus remains on providing a simple, reliable and private way for people to chat with friends and family, we also continue to push forward our product design to make sure WhatsApp remains the most useful way for anyone, anywhere to connect.”