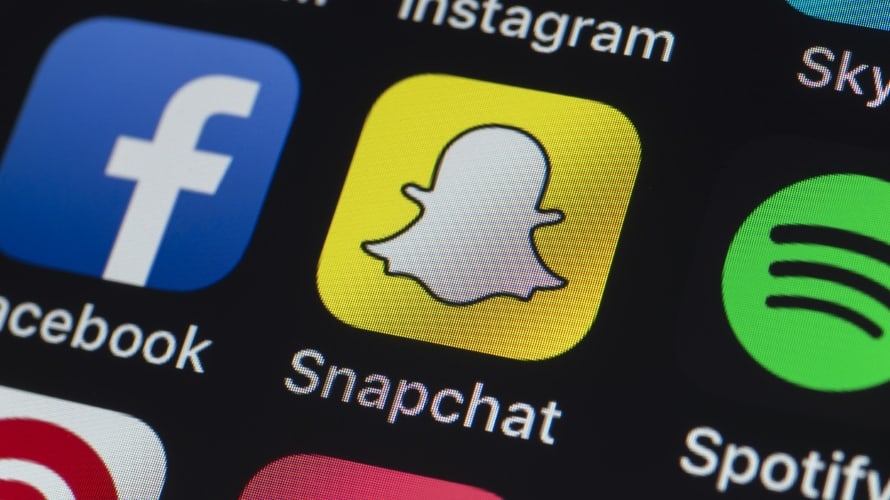 From the outside looking in, it seems that Snapchat has a competitive advantage at this poignant time - Credit by stockcam/iStock

For a platform that prides itself on privacy, Snapchat and its leadership have been relatively silent over the Cambridge Analytica debacle and how it exposed its biggest rival. Is it possible that Snap Inc. doesn’t really think privacy is that important?

In an era where a quick social stalk can produce a person’s education, work history and embarrassing images from the European trip they took in 2009, privacy has never been a more contentious topic. You’d have to live under a rock to not know about the data sharing scandal involving Cambridge Analytica and Facebook.

Facebook CEO Mark Zuckerberg—who reportedly lost $9 billion when shares plummeted after news of the scandal broke—testified in front of Congress about the misuse of data harvested from 87 million users by Cambridge Analytica. Despite the puzzling quality of questions Congress had for Zuckerberg, it was clear that the company understood the severity of the matter.

Perhaps in an effort to show it could self-regulate before congress tried to do it for them, Facebook implemented what some would say are draconian restrictions to the application-programming interfaces for both Facebook and Instagram, with Zuckerberg promising to take preventative measures to ensure that such a breach wouldn’t happen again.

This marks a challenging time for companies such as Facebook, with primary revenue streams that stem from monetizing audience data for advertisers.

Yet at a time when Facebook and Instagram were—and still are—under intense scrutiny, I couldn’t help but wonder: Where on Earth is Snap, and where is Evan Spiegel?

For a company that has faced tough times itself, often due to aggressive competition from Facebook, this was an opportune moment not only to capitalize on the misfortune of its main competitor, but also highlight how Snap’s data protection and privacy practices are superior and would never have allowed something like this to happen.

For years, Facebook and Instagram have been cloning Snapchat’s features—from face filters to Stories—and winning over users despite missing the privacy features that made Snapchat unique. In June, Instagram reported that its Stories feature had twice as many daily active users as Snapchat’s—400 million, compared with 191 million.

The Cambridge Analytica debacle was the first very public sign of vulnerability for the world’s most widely used social platform. It was the prime opportunity for Snap to pounce. For an application that started with the concept of ephemeral messaging and a vision of helping users share while maintaining their privacy, the company has been awfully quiet.

From the outside looking in, it seems that Snapchat has a competitive advantage at this poignant time, when every business in the world is trying to figure out if and when the European Union’s General Data Protection Regulation applies to it. Snap is a company that has been significantly more careful with how it shares its data compared with Facebook and Instagram, not to mention the countless other platforms that are entering the space.

So, is Snap this disconnected?

Perhaps Snap realizes what U.S. senators, GDPR legislators and the media doesn’t: Privacy is important, but when it comes to privacy over convenience, the latter almost always wins. That’s why we use Gmail for free, let Alexa listen to everything we say and share our private moments on public social networks.

There’s a challenge associated with the Congress-appointed defenders of our privacy—essentially 60-something men who grew up in a generation that didn’t wash its dirty laundry outside—having to deal with Zuckerberg, a 34-year-old Harvard dropout and internet age genius, who started his career building a tool to allow his male classmates to rank the appearances of their female counterparts, and who promises to implement measures to uphold the privacy of a generation who couldn’t care less.

Research suggests that different generations view privacy differently. All of them agree that they want protection from identity theft, malware and fraud, but while older generations are concerned about privacy and anonymity, younger generations gladly share information in order to obtain personalization. They are 25 percent more likely to opt in to predictive websites (that can understand their needs), and one-half of respondents to a recent survey said they would stop using a website that didn’t have the ability to anticipate their needs.

Perhaps Spiegel realizes this. He understands that positioning Snap as the privacy champion for a mildly interested generation is not going to get him where he wants to go.

In a world where every app you install collects information, every device you buy tries to learn as much as possible about you and every website you visit tries to retarget you later, data is becoming a commodity. Which of these worlds do you think will win in 10 years? A privacy-driven world that will disallow any data collection and sharing, or one where every app and every product recognizes you and knows how to best customize your offering?

Perhaps Snap realizes that you can no longer compete without collecting data and making it useful to third parties that will pay for it. Products of the future will win because of their ability to offer convenience and personalization.

Or perhaps we’re giving Snap too much credit, and it just let a major opportunity go by.