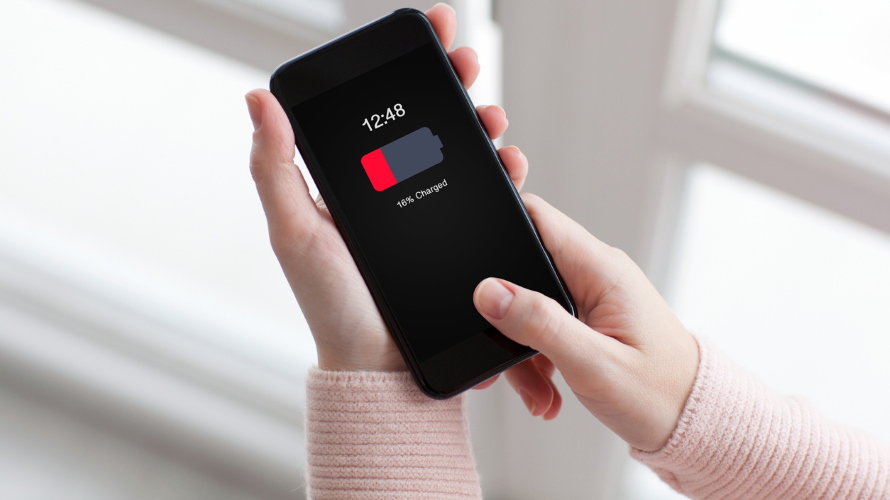 The Google application takes the largest toll on smartphone batteries, followed by three apps from Facebook—its flagship app, Messenger From Facebook and WhatsApp—according to a new analysis from U.K.-based comparison website Uswitch.

The company analyzed 50 of the most popular apps available in major app stores, examining permissions they allow and how many permissions each app has access to.

Uswitch wrote, “Poor battery life is the biggest bugbear for smartphone users the world over. Although battery sizes are getting bigger, most mobiles still struggle to get through one day of heavy usage without getting low on power. And considering all of the demands we put on our devices, it’s hardly surprising. But what really drains the battery is the apps your phone uses. And, more specifically, it’s the permissions these apps require in order to give you the best possible experience. This can be anything from accessing your camera, calendar or contacts to using your location or Wi-Fi.”

The company said the top 10 apps require access to a combined 422 permissions on smartphones, adding that over 5 billion people worldwide own these devices, and their average battery life ranges between five hours and 11 hours. 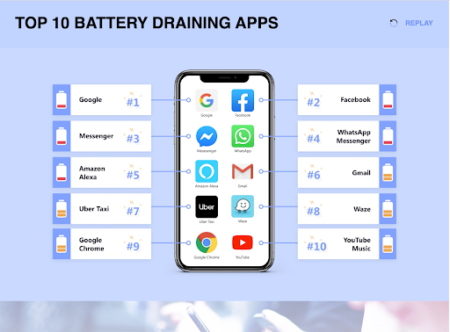 On the non-social front, Uswitch wrote, “It might appear that Amazon’s Alexa is listening more than we realize. The Alexa app requests 39 permissions on our mobile phones ranging from location, camera and photos/media, even when it’s not running.”

For those on the go, Uswitch pointed out that Uber was No. 7 on its list, with 35 battery-draining permissions constantly accessing location, and Waze, at No. 8, was far more draining than Google Maps, which didn’t even crack the top 50.

Looking for love in all of the places where your smartphone has connectivity? Grindr (No. 17) was the most draining dating app, followed by Bumble (30) and Tinder (33).

Uswitch mobile expert Ernest Doku said in an email, “It can cause issues when you’re caught out with a drained battery. There are a few simple ways to preserve your mobile phone’s battery life, such as turning off Wi-Fi/Bluetooth and making the most of low power modes. If all else fails, remember to put a portable charger in your bag on long journeys.”