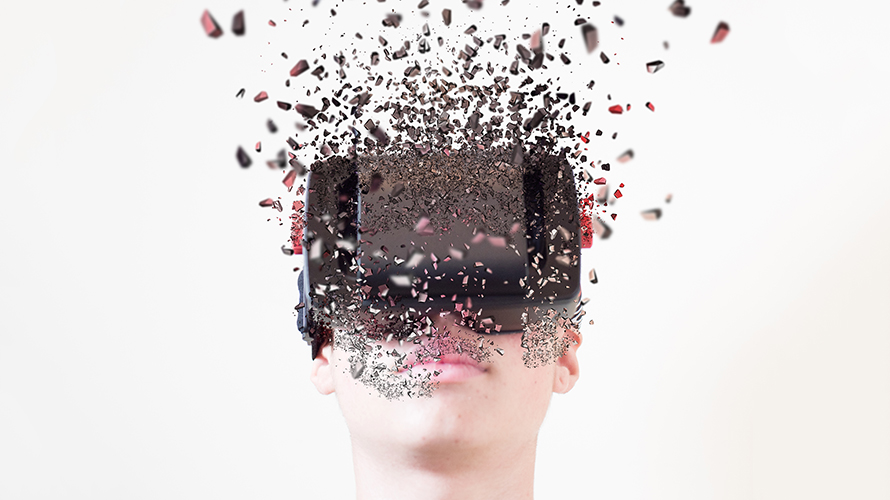 Often VR is presented in a way that isn't accessible to everyone. - Credit by Getty Images

Like lots of people in the world, I’ve spent some quality family time roaming my neighborhood trying to capture little cartoon monsters on my cell phone. For many of us, Pokémon Go was our first experience of augmented reality. It was lots of fun. In fact, a lot of the money behind AR/VR comes from the gaming industry. It also comes from education, real estate and high technology—applications that show us what things look like and how things work.

But apart from selling us condos, teaching us how to wire a superconductor in record time or tell better stories (which are, admittedly, pretty big things), what actual good will these extended reality (XR) technologies do for us?

I suppose the first thing we have to do is to define what we mean by “us.” The vast majority of the XR applications out there have been created by and for people who are relatively well-off. What I’m interested in at the moment are the ways that these real and virtual environments might be able to benefit people who aren’t in line for a high-tech education or job, can’t afford a sophisticated virtual reality headset, aren’t going to be buying a condo any time soon and perhaps roam the streets not for entertainment but simply to survive. How do we use our new interpretations of reality to help the homeless, the undocumented and the vulnerable live in their “real reality”?

The vast majority of the XR applications out there have been created by and for people who are relatively well-off.
Virtual reality has an amazing ability to immerse a viewer right into the circumstances of others, increasing empathy and understanding. The installation “Carne y Arena” (virtually present, physically invisible), for example, plunges viewers into the plight of migrants trying to enter the U.S. from south of the border and uses the strong emotions it makes people feel to get them thinking about what other human beings are enduring out there in an attempt to find a better life. It tries to break barriers between “us” and “them.” Other examples of virtual reality programming designed to inspire social change include “Becoming Homeless” and the “Empathy at Scale” experience Hotel 22, both of which are VR experiences from the Stanford Virtual Human Interaction Lab that aim to recreate what it’s like to live on the street and thus to change people’s perception about homeless people.

All of these VR projects are immensely worthy. There’s no doubt about that. I’m behind whatever we can do to increase empathy and get people trying to make things better. But all of these experiences are created for and by people who don’t actually need the help.

In the real and virtual partnership, it’s heavy on the virtual.

My question is this: How can the affected people themselves use the XR to improve their lives? Obviously, you’re not going to find a spare Oculus Rift apparatus lying around homeless shelters or a pile of HoloLens scattered along the border, so virtual reality is probably not the way to go here.

Augmented reality, however, is much more possible.

A 2017 study reveals that 94 percent of homeless adults in America own a cell phone and that nearly 60 percent of those devices are smartphones. What if, along with toothbrushes and food stamps, our vulnerable populations were given AR apps that they could use to find services, shelters and opportunities for casual labor? What if we mapped our streets not for cars but for people on foot and not for the nightlife but for life at night? Used augmented reality to help PTSD sufferers learn how to easily negotiate the built environment around them? Provided geo-sensitive risk avoidance for people suffering from an addiction?

And here’s another question: How can disadvantaged or marginalized people use AR to recreate their own reality? There are some easy AR authoring tools hitting the market, like ZapWorks, but they’re not free. Giving people the ability to tell their own stories and augment their own realities can open paths to recovery of all sorts—economic, physical, mental—and tell us stories that we’ve never heard before.

This year, the augmented reality market will hit $11.14 billion, and that number could reach $60.55 billion by 2023. Clearly, tech companies and creative agencies are going to be pouring much of their energies into developing for the lucrative consumer and enterprise applications that will emerge from this new sector. I hope that we can find ways, too, to use this powerful new tool to alter the real reality of those who could use it most. I know that, at my agency, we’ll be putting our thinking caps on.