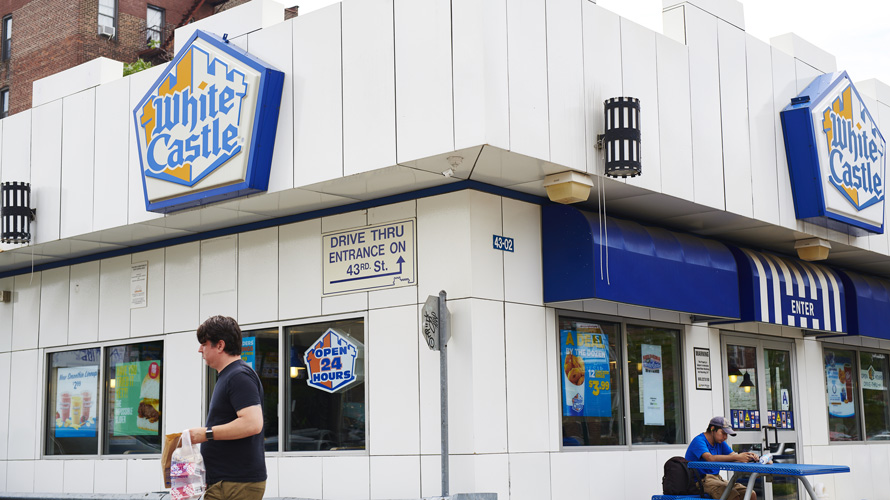 White Castle is the latest in a long line of food and restaurant brands to promote an item based on a survey. - Credit by Getty Images

Last week, White Castle issued an animated little announcement—the results of a survey it had conducted about chicken. Specifically, it was about its Chicken Rings (12 for $2.99), an item variously described by respondents as “fanfreakingtastic” and “pluckin’ awesome.”

Not exactly a bombshell piece of news. Nor was it especially jaw-dropping that the lead finding—”More than 87% of the respondents said they preferred White Castle’s Chicken Rings over their amorphous chicken counterpart”—came from a sample group that happened to be White Castle’s existing email subscriber list. 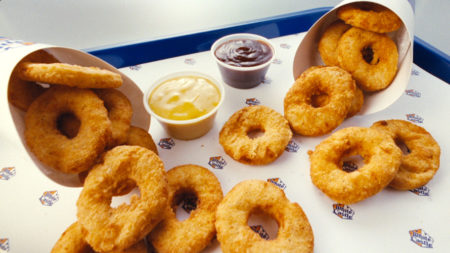 “Honestly, we weren’t surprised at all by the results of the survey,” vp Jamie Richardson said in a statement and, well, why would he be?

But those inclined to dismiss this bit of alchemy from the marketing department might want to reserve judgement and pay a bit more respect to the 99-year-old quick service chain that turned America on to the slider. White Castle is actually following tried-and-true marketing play pioneered long ago by some of the most famous brands in the food business: the comparative taste test.

Forty-five years ago, Pepsi decided to mix it up with market leader Coca-Cola by dispatching teams into the malls of America and asking shoppers to take a blind taste test: two unmarked cups, one with Pepsi and one with Coke. When the company saw that Americans were choosing Pepsi by an appreciable margin, the “Pepsi Challenge” morphed into a national ad campaign proclaiming that “more people prefer the taste of Pepsi over Cola-Cola.”

The Pepsi Challenge was among the most famous campaigns of the '70s and early '80s.

On Sept. 27, 1982, Burger King touched off what became known as the “Battle of the Burgers” when it began airing commercials claiming that, according to its own survey, Americans preferred its flame-broiled burgers to rival chains’ fried ones. The $20 million campaign was the brainchild of then-CMO Jeff Campbell, with a creative assist from J. Walter Thompson.

Not only was McDonald’s not amused, it sued, claiming that if Burger King’s findings had been legit, the Golden Arches would not have sold more burgers than any other restaurant chain for the preceding 27 years. Wendy’s also contested the claim and advanced its own data based on 4,000 burger consumers who, of course, picked Wendy’s burgers as their favorite. (The suit was later dismissed.)

Thus blooded, Burger King was back with another comparative study in 1997, when it claimed that fast-food fans preferred its fries over McDonald’s by a 57%/35% margin. Once again, the claim blossomed into an ad campaign wherein Burger King boasted it had “the taste that beat McDonald’s.”

Then came round three. In 1999, Burger King hired Bruskin Goldring Research of Edison, N.J., to call 700 people across the country and ask them which chain-restaurant burger they liked most. The winner? Get ready. It was the Whopper, which 33% of respondents identified as their favorite. The Big Mac came in a distant second, at 12%.

And so White Castle’s own survey findings released last week (which include such tidbits as 82% of respondents insisting that its Chicken Rings are “more sharable” than chicken nuggets) are, if nothing else, keeping a time-tested marketing tradition alive and well.

“It has been years since we first introduced our very popular 100% all-white meat Chicken Ring, so we wanted to take a pulse and see if they were still as enthusiastic as when we launched the menu item years ago,” CMO Lynn Blashford told Adweek.

But Blashford added that, advertising themes aside, surveys like this play another role. They are a vehicle that allows headquarters to “keep a deep and enduring connection” with core customers. “That two-way communication demonstrates we care about what they think and, candidly, many times it is our customers who come up with the best ideas,” Blashford said.

In 1982, McDonald's whipped up a war between two of its own menu items.

Even so, no comparative taste test is ever likely to beat what McDonald’s did 38 years ago when it staged a menu-item competition not with a rival, but with itself.

In 1982, McDonald’s announced that its New York metro area customers were so divided over which item they loved more—the Big Mac or Chicken McNuggets—that things had nearly come to blows. In one TV spot, the pilot of a biplane groans “Make up your mind!” as he flies over Manhattan and a chorus of McDonald’s customers shouting from the rooftops about which item they preferred.

This was, perhaps, the greatest comparative-selling gambit ever. The truth was that it didn’t matter which item customers preferred most, since the “contest” was designed solely to pull more customers into McDonald’s.

Join the foremost brand marketers, such as Marc Pritchard of P&G, Brad Hiranaga of General Mills, Kory Marchisotto of e.l.f. and more, for Brandweek Masters Live on Sept. 14-17. Secure your pass today. Early-bird rates expire 9/1.
@UpperEastRob robert.klara@adweek.com Robert Klara is a senior editor, brands at Adweek, where he specializes in covering the evolution and impact of brands.