Additional benefits for Prime members are coming, too 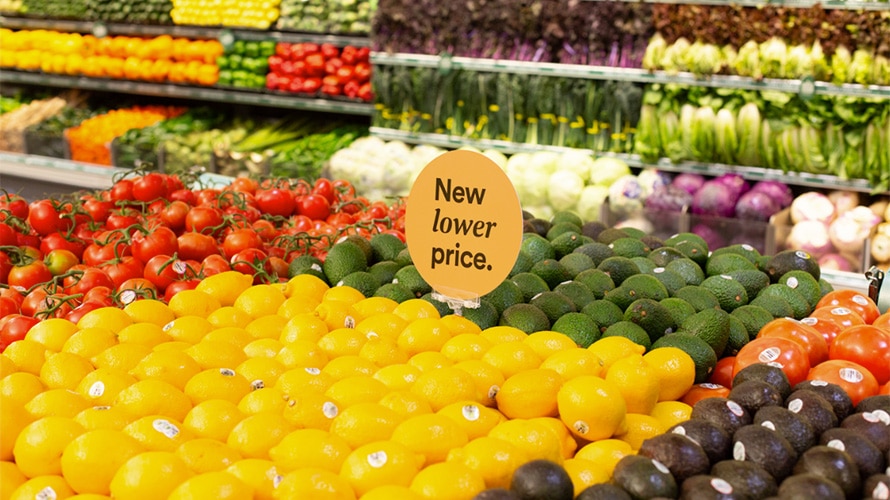 Whole Foods said it is lowering prices on produce for all shoppers and doubling the number of weekly deals for Prime members starting April 3.

The upscale grocer said prices will drop by an average of 20 percent on certain items. Examples include mangoes, cherry tomatoes and organic rainbow chard.

Whole Foods also said it expects to roll out more than 300 Prime-member-specific deals, including savings on produce, meat, poultry, fish and prepared foods, over the next few months.

Previously, Prime members received an additional 10 percent off sales items and could access up to 20 weekly deals. Other Prime benefits at Whole Foods include two-hour delivery in 60 cities, grocery pickup at select locations, voice shopping and 5 percent cash back when paying with an Amazon Prime Rewards Visa.

In a 2018 letter to shareholders, CEO Jeff Bezos disclosed for the first time that Amazon has 100 million Prime members around the world. Throughout April, Whole Foods is incentivizing new members to sign up by offering $10 off in-store purchases of $20. It’s a fairly savvy way for Amazon to leverage assets in its portfolio to bring even more customers into its orbit, which already included nearly half of the U.S. ecommerce market.

It also helps Whole Foods distance itself from its “Whole Paycheck” reputation at a time when Americans value grocery stores that offer savings and quality.

This marks the third round of price cuts since Amazon’s $13.7 billion takeover of Whole Foods in 2017. Previous price cuts included items like bananas, yogurt and eggs. Whole Foods said slashing prices has resulted in “hundreds of millions of dollars” in savings.

“When Whole Foods Market joined the Amazon family, we set out to make healthy and organic food more accessible,” said Jeff Wilke, CEO of Amazon Worldwide Consumer, in a statement. “Over the last year, we’ve been working together tirelessly to pass on savings to customers.”

The news comes one month after reports that Amazon wants to open dozens of smaller grocery stores in major U.S. cities in 2019 and 2020.

It just goes to show how drastically grocery has changed in recent history and how much the internet has already disrupted the space.