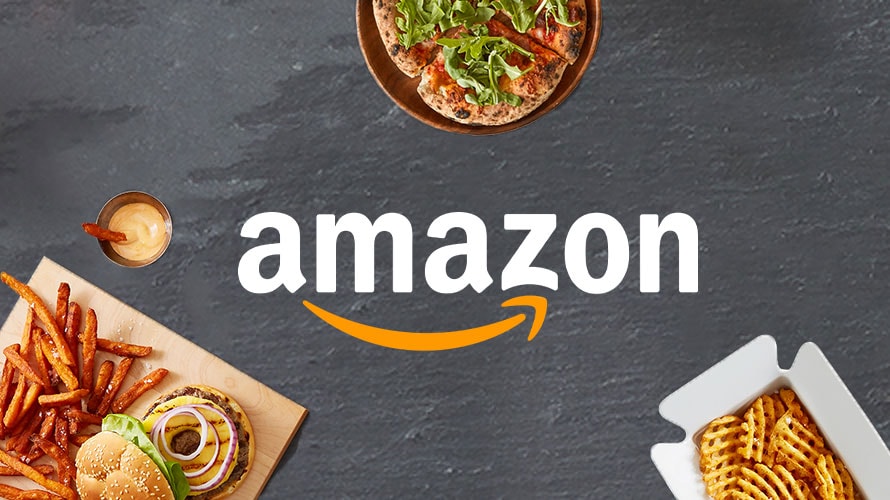 Almighty Amazon’s plans almost never seem to go wrong, with few exceptions, like the Fire phone—and now we can add food delivery to the list. A rep confirmed Amazon is pulling the plug on Amazon Restaurants, the company’s ill-fated division looking to cut into entrenched services like Uber Eats, Grubhub and DoorDash. Amazon Restaurants shutters on June 24.

“It has a toe in everything and this wasn’t immediately paying off, so they pulled back,” said Bill Duffy, research director at Gartner. “They could come back again, but I think they found restaurant delivery is very competitive.”

Beyond a statement noting a “small fraction” of Amazon employees are affected by the decision and will be offered “personalized support to find a new role within, or outside of, the company,” the Amazon rep declined additional on-the-record comment on why Amazon Restaurants is shutting down and what comes next.

But Bryan Eisenberg, co-founder of the agency BuyerLegends and co-author of the book Be Like Amazon, doesn’t see this as a failure.

“At the end of the day, they win by having data,” he said. “The question is did they get enough data to know what they need to do next? My suspicion is they are not giving up on the model of food delivery. The question is what’s the next step to doing it right.”

Here are five reasons Restaurants didn’t work this time around—and what Amazon would need to do differently to successfully re-enter:

Duffy doesn’t expect the current news to have much of a ripple effect on food delivery as Amazon Restaurants was never much of a player.

Amazon’s Prime Now delivery service, which features Restaurants along with Amazon and Whole Foods, is “still pretty niche,” he said.

And, of the 130 restaurant brands Gartner tracks in its index, Duffy noted burger chain Five Guys was the only one actively promoting Amazon Restaurants.

“In terms of growth right now, we’re seeing fairly untrammeled growth among several of the major players,” he said. “In terms of monthly active iOS users, Grubhub, Uber Eats and DoorDash are surging.”

Per Gartner’s figures, Uber Eats has more than 11 million MAUs and DoorDash has nearly 10 million.

“So that’s a large base of customers who are fairly loyal to these couriers and have not seen a reason to switch,” Duffy said.

Indeed, Eisenberg said there was little to differentiate Amazon Restaurants’ delivery experience as consumers don’t really care who brings their food, as long as delivery is fast and the order is accurate.

“What is it that adds value from an Amazon perspective?” Eisenberg asked. “That’s where they realized ultimately it’s not their best local play.”

To break into the space, Amazon would have to be more active. That includes educating Prime members that Amazon Restaurants is a viable tool, given that many are already customers of its competitors, Duffy said.

“The most important place for the courier services is the apps,” he added. “Amazon Restaurants has been available via the Prime Now app, but Prime Now has fewer than 200,000 monthly active users.”

3. It needed to invest in SEO.

In addition, Amazon Restaurants has been “invisible in search,” Duffy said.

Grubhub appears in 56% of searches for restaurant delivery, per Gartner’s figures. Amazon Restaurants, on the other hand, appears in just 11%.

“There are millions of existing loyal customers to existing courier apps, so by lacking a stand-alone app and not investing in search, it really wasn’t visible to customers already placing restaurant orders,” he added.

It’s challenging for restaurants to work with courier services because the latter takes a cut of revenue, but Duffy said we’re seeing different relationships emerge as restaurants work more closely with couriers or stake out their own platforms.

There are a few models: One is sandwich chain Subway, which has partnered with Grubhub, DoorDash, Postmates and Uber Eats.

Another is McDonald’s, which has opted to work exclusively with Uber Eats and promote that relationship heavily, or Yum Brands, which bought a stake in Grubhub and is working with the delivery service exclusively to deliver its Taco Bell and KFC brands.

5. …or its own restaurant-specific network.

The ideal scenario, Duffy said, is pizza chain Domino’s, which owns the entire supply chain and can maintain quality of delivery as well as the entire revenue platform.

“That’s a major logistical operation that’s hard to pull off, but we see some moving toward that model,” he added.

In fact, he said Gartner has seen a slight uptick in brand-owned delivery, pickup and tools on restaurant apps and websites. Examples include bakery-cafe chain Panera, which is offering its own delivery after initially working with couriers.

Eisenberg says he expects Amazon will acquire a car company like GM once its value drops low enough and then, instead of selling cars, it will offer an on-demand service like Zipcar—and then use those vehicles to make deliveries when not in use by customers.

“Jeff Bezos wants pieces of every retail dollar one way or another,” Eisenberg added.