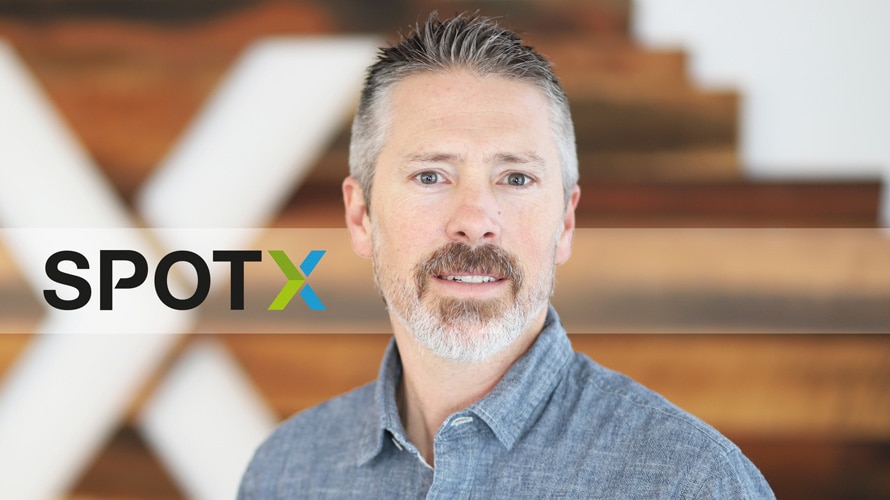 LAS VEGAS—Sitting above the Las Vegas strip at the Aria, Adweek caught up with Mike Shehan, the CEO and founder of SpotX, an online video ad platform. With CCPA officially in effect (as of Jan. 1), Shehan chatted about how it might not have the same bombastic effect as GDPR did when the European regulation was implemented in May 2018, and what he expects to see come out of CES 2020.

This conversation has been edited and condensed for clarity.

Adweek: This is a big year, in particular with the presidential election, the Olympics, CCPA and all the privacy conversations. How are you thinking this week in Vegas is going to shape up for you?
Mike Shehan: We are going to have a million meetings over the next four or five days. And that’s going to be with most of our clients on the supply side and many of them on the buy side. Five years ago, I don’t think we would send a big team here. Barely any meetings, maybe a lot of those meetings would happen on the floor. Now, we don’t even go to the convention. We just have these suites.

It’s emblematic of how all of this has come together. Device manufacturers now participating on the media side. All of this convergence is happening. The digitization of everything, I think it just means everybody comes here. Ten years ago, I had one meeting and I walked the floor. Now, I’ll lose my voice because we’ll have so many meetings.

What has been the catalyst in changing it so quickly?
The consumer now consuming their content digitally. Probably having the biggest impact here at CES is the fact that the consumption is happening on the big screen. Whether it’s through Roku, your Apple TV or via your Samsung. Then, the ad dollars follow that.

You think about all the players in the ecosystem, the Samsungs of the world who actually can sell media now who have data. And then, of course, the media buyers, and their participation in this incredibly fragmented ecosystem, and then the broadcasters who I wouldn’t even know what their role would be five years ago at a CES, but now they are meeting with all of those parties in between because they’re either launching their own apps, which means they’re talking directly to consumers, they have their own data, they’re meeting with all the buyers. It’s not just about the hardware; it’s the fact that the hardware is connected to this ecosystem that brings all these other players in who have to have a say in it for it to work at scale.

There are so many new OTT players joining the race this year and battling it out in the streaming wars. How do you think that phenomenon will shape discussions this year?
What we saw was: who are the first in OTT to get it right and to get that audience to sell it, then the virtual MVPDs, then we’re working with the broadcasters out there who had these huge, entrenched big sales teams. And you always had that battle between linear and protecting that asset and then moving with the future of OTT. And then the last one, besides Roku, would be these device manufacturers that are really jumping in.

I think a lot of the discussion around where they’re coming at it from—an activation of data, just the amount of data that they do have around. And it’s not just what you’re watching on OTT, but to be able to marry that with what potentially you’re watching in linear. And being able to marry that data within and being able to go to the buyers themselves with some fairly unique data, as well as inventory, or be able to take that data and enable those participating in your ecosystem, which would be then all your broadcasters or the virtual MVPDS, to be able to sell against that data. I think that’s what’s driving a lot of the conversations.

On data and consumer privacy, the ad industry has lived through GDPR. And now CCPA is in effect in the U.S. How is that going to affect your conversations this year?
GDPR is a little bit different in that it was this opt-in program, and that really hurt the players in Europe with sizable online video audiences. The way CCPA works, and let’s just assume that it happens across the country, whether it’s state by state, it is a pretty big difference from the standpoint of it empowers the consumer, but it’s not they have to opt in.

Just from a percentage basis, it’s going to be a lot smaller. But it doesn’t mean nothing. It doesn’t mean all the media owners and all of our customers don’t do anything about it. It just has less impact. But the flip side of that is, OK, you empower the user through the media owner, or the device manufacturer, to manage their data. It really actually then puts those people in a position to create even more value out of the data.

Without data and then with data, the inventory is about worth twice as much on average. You can sell your inventory for about twice as much. I think it actually ends up being a good thing for all of those players. And the difference between, say, GDPR—which is a different mechanism—but it also impacts a different segment of the market. OTT isn’t really a thing that big in Europe yet, certainly years behind us.

Are you seeing the response you thought you’d see now that CCPA is in effect?
I certainly would have been told if something was really out of whack. GDPR—I can show you our revenue in Europe on the day it was implemented. And it took a huge dive. Now we’re talking about one state, but it’s a sizable state. But I still think that as a consumer, they probably don’t even know about it.

What challenges do you think the ad industry faces this year?
The de-duplication of ads, market saturation, frequency capping, etcetera, which I think is a big problem for a lot of buyers out there. That’s probably holding back the industry a little bit too much.

Is that your biggest pain point with the ad industry?
It’s one of them. It’s certainly solvable, easily solvable. There’s just a lot that has to go on behind the scenes. Think about the OTT ecosystem who makes up that transaction. Not just a buyer and not just the device manufacturer and the SSP and the DSP. You have content management systems; you have all these legacy systems in the broadcast environment. Getting them all to work together and to communicate, it’s just going to take time.