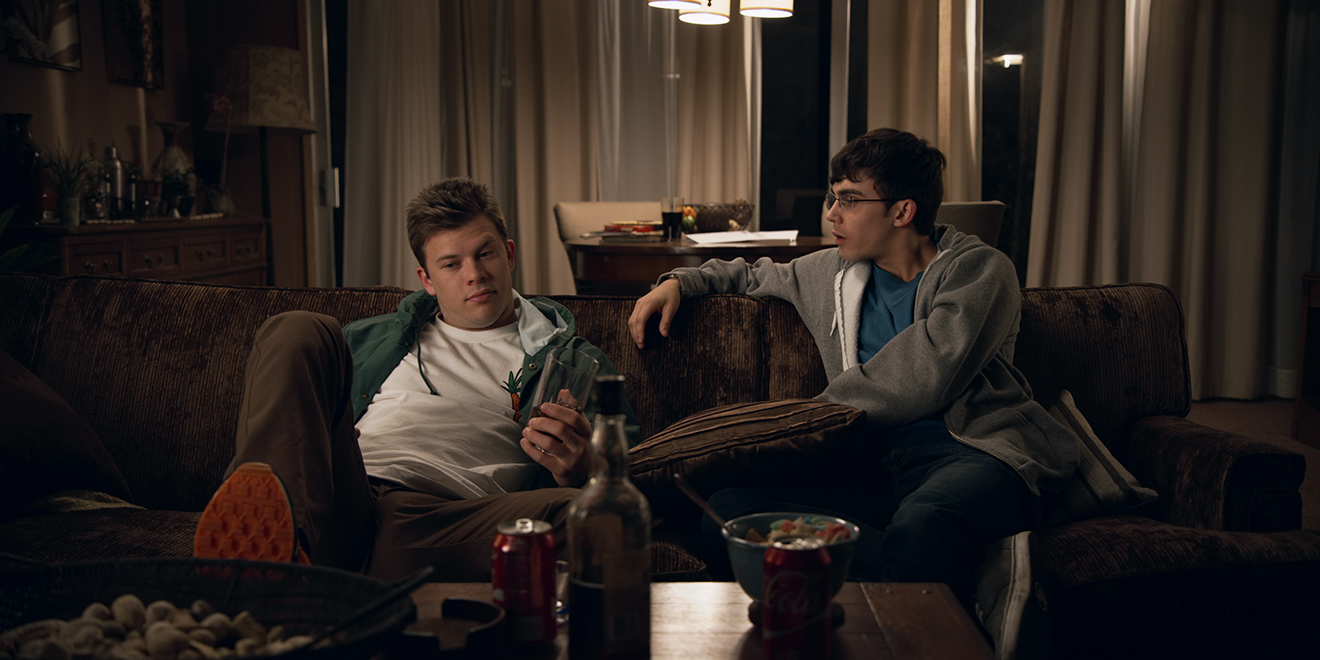 Years after Serial was released in weekly installments and true crime fans binge-watched series like The Jinx and Making a Murderer, Netflix dropped eight episodes spoofing the genre, teaching its audience a lesson in the process.

The crime: someone has vandalized 27 cars in a faculty parking lot with crudely spray painted penises, and the security footage of the scene has been deleted. The series follows Dylan Maxwell, played by Jimmy Tatro, after he’s accused of committing the crime and subsequently expelled from school, ruining his future college dreams.

Maxwell, however, didn’t have much of a plan for the future to begin with. The series operates as an investigation into his innocence because his guilt seemed all too convenient to two of the school’s morning show hosts.

On its surface, the series is an investigation into high school drama and the different ways someone could allegedly draw a dick. But at its heart, American Vandal is truly about the poor assumptions people make based on reputations.

“When we first came up with the idea, we saw this as potentially a web series with episodes in the 10 minutes range,” Perrault told IndieWire. “But the more we dove into these characters, we realized there’s a lot more story to tell, and we didn’t want this to be just a tiresome dick joke, so we expanded it to other side stories.”

“The idea is that if we can stay true to the tropes and the conventions and even the structure of some of our favorite documentaries and use them to tell a story about injustice, we could really get people to care about dicks,” Yacenda told Entertainment Weekly.

The series is a bold move by Netflix, a streaming service with plenty of actual true crime mini-series to watch, but it’s a perfect story to tell in 2017. In a world where fake news stories make the rounds, viewers have even been Googling whether American Vandal is based on a true story, like Serial or Jinx, which it makes so well. It’s not, but it’s close enough to what it parodies that it’s easily believable; it’s a testament to the level of acting and the quality of cinematography of the show.

When Serial debuted in 2014, the internet ran it into the ground with Reddit threads spewing theories with each week’s new episode; American Vandal also tackles that by incorporating its “viral” success into the series. Evidence is destroyed, gossip is spread and the fictional documentarians are even briefly suspended for digging too close to the truth.

It’s more than an elaborate dick joke, as Perrault said, but the sum total of the series is a perfect blend of low- and high-brow humor. As The New Yorker said: “Viewers will enjoy American Vandal in exact proportion to the degree to which they think dick jokes are funny.”

The series found its magic in its actors and the degree to which they take the story so seriously.

Its blend of hilarious moments, glimpses into high school life, and real world consequences shown through the lens of Extremely Serious Documentary, makes for a delightful treat for the viewer. The tone of the series matches the gentle-yet-firm seriousness of Serial (when one of the stars listened to that podcast after filming had begun, he realized the show nailed the podcast’s tone, saying “Oh yeah, this is just like American Vandal!”, according to GQ).

It hooks the audience immediately, making viewers incredibly invested in the mystery and leads them to developing their own theories almost as fast as they can consume the episodes.

This series is a win for goofballs everywhere and celebrates the “bad kids” in school by playing up the dichotomy between the innocent and those known for misbehaving. In American Vandal, viewers are tasked with drawing their own conclusions, no matter how dangerous that act may actually be.

The creators are kicking around ideas for a potential second season, if Netflix is up for it, and are thankful that the true crime genre is only growing in popularity.