The redesign includes a new section on work and life. - Credit by Huffpost

The tone of lifestyle websites, Polgreen said, tends to make people feel bad about their lives—from their weight being wrong to not being financially successful enough.

After embarking on its Listen to America bus tour, in which HuffPost went around America, the organization realized there was opportunity in writing about the issues that most plague families.

“We really wanted this to feel … accessible and welcoming to men, women and everything in between because we really feel like there’s a need for that in the market right now,” Polgreen said. 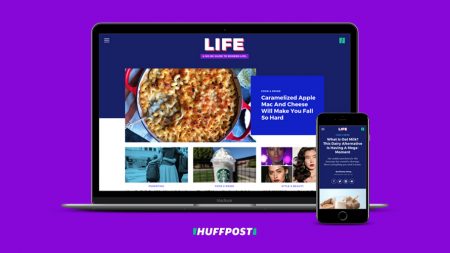 HuffPost Life is accessible from HuffPost’s homepage and has a sleek design with large images and bold headlines.

Included in the redesign will be a new section on work and life, an original illustration series on love and relationships as well as a look “behind the ’gram,” showing what the preparation behind perfecting an Instagram post looks like.

The new website also offers brands a place to advertise, away from the hard and breaking news, which Polgreen admits can be “overwhelming, sometimes depressing, and not the kind of thing brands might want to be next to.”

“For us, this is a real opportunity to create a space to work with brands with the products and services in an environment where they can make choices about where to shop, eat, be a better parent that’s separate and apart from the news,” Polgreen said. 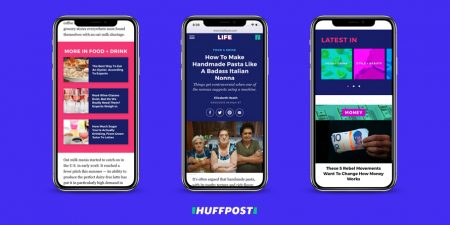 In addition to the site redesign, the organization is also holding the first-of-its-kind conference on Nov. 2 in Brooklyn called “How To Raise A Kid.” Ticket prices start at $40.

Polgreen didn’t rule out doing similar redesigns on other verticals, but is focused on rolling out and boosting the lifestyle section for now.