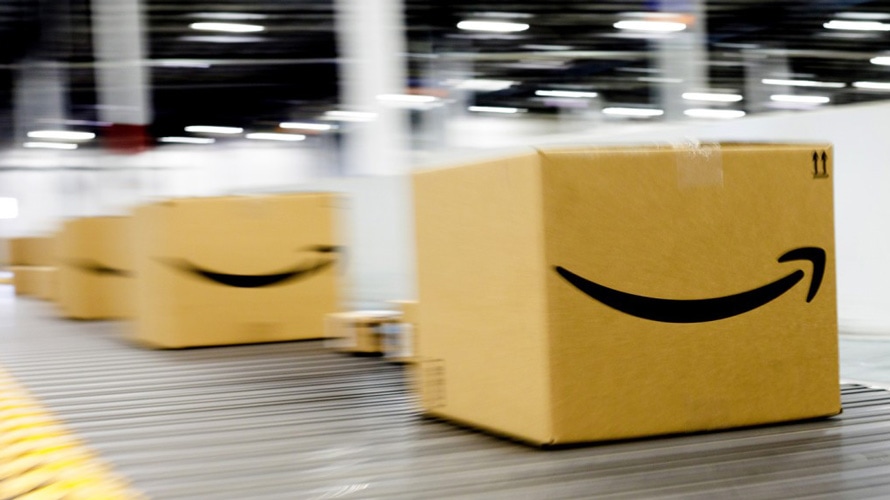 Amazon's move to speed deliveries is expensive and its competitors have no choice but to follow suit. - Credit by Amazon

When Amazon CFO Brian Olsavsky announced during the company’s Q2 earnings call in April that it was shifting to free one-day shipping for Prime members, the world—as it so often does when the ecommerce platform pushes the needle—went nuts. Coincidentally, just six months later, nuts are among the more than 10 million products U.S. Prime members can order with free one-day shipping.

And while it will cost Amazon $4 billion-$5 billion this year alone to add the employees, warehouse shifts, inventory and sorting centers necessary to make 24-hour delivery a reality, Amazon is the one company in a position to do that, said Youssef Squali, managing director and global head of internet and media equity research at investment bank SunTrust Robinson Humphrey.

But it isn’t just money—Amazon can also tap into the AI and machine-learning expertise it built for Amazon Web Services (AWS) to help optimize its retail business. And Colin Sebastian, managing director and senior equity research analyst at financial services firm Baird, said this AI/machine-learning tech is where other ecommerce and omnichannel retailers will have a hard time keeping up with expedited shipping.

This playbook is not new. Pointing to divisions like AWS and Alexa/Echo, Oweise Khazi, senior principal at business intelligence firm Gartner L2, noted Amazon “always plays the risk/reward game—the risk is substantial, but the reward is phenomenal.”

The “tremendous” cost for one-day shipping is indeed a means to the end: Amazon’s multibillion-dollar investments across first- and last-mile delivery are giving it control over more Prime orders, which will eventually cut down the $34 billion it spent on fulfillment last year even if it does not intend to compete directly with FedEx and UPS in shipping, Khazi said. And, five years from now, he said Amazon will be in an even better position, even though it’s hard to predict how much it will save on fulfillment exactly.

In fact, Sebastian said he thinks Amazon is on a long-term journey toward delivering products within just an hour or two. That, of course, will require incremental steps, such as the transition we’re seeing now.

A July 2019 report from brokerage and investment banking firm Stifel agreed the expense of one-day shipping is worth it.

“We … believe one-day Prime will allow Amazon to continue growing its ecommerce market share due to its widening convenience gap versus peers,” wrote Scott Devitt, managing director of internet equity research at Stifel, in the report. He was not available for comment.

“It’s a short-term issue for a long-term reward,” Squali said. “It’s not a big deal.”

That being said, analysts agree competing retailers will catch up eventually and one-day shipping will be the new norm.

A UBS report from April 2019 also said same- and next-day delivery will become the standard even though implementing it will be expensive for retailers—and players like Walmart, Target and Kroger are already feeling the burden of online fulfillment expenses. Nevertheless, UBS said, Amazon’s move to one-day shipping is likely to spur additional moves to meet the new standard. A UBS analyst was not available for comment.

But when it comes to the retailers best-positioned to make the switch, UBS didn’t name Walmart or Target. Instead, the firm said it’s a retailer like Home Depot, which has been investing in its supply chain, so “we think the perception will be that it stands a better chance than many others to navigate through this.”

About 50% of Home Depot’s online orders are picked up in store (BOPIS) and UBS said other retailers like Lowe’s, Floor & Decor and Tractor Supply Co. have similar online order penetration. What’s more, auto part retailers see BOPIS rates as high as 67%, per the firm’s figures.

Given their physical footprints, BOPIS may be a not-so-secret weapon for Walmart and Target to keep pace with one-day shipping for now. Then again, Squali noted Amazon can offer BOPIS for food orders at least through subsidiary Whole Foods.

In an email, a Target spokesperson said the retailer is offering a same-day order pickup service at its 1,800 U.S. stores—and “most orders” are ready within an hour. It is indeed a popular option—the rep said last holiday season, these stores fulfilled three out of every four online orders.

Walmart did not respond to a request for comment.

“Clearly [BOPIS] is a viable opportunity … for that subsection of the population that’s willing to go and pick it up,” Squali said. “In fact, if you talk to Walmart or Target, they will tell you Click and Collect has been a big driver of sales. I think that’s definitely one way they can fight back now.”

They don’t have much of a choice.

“It’s just like when they decided to move to match Prime for two-day delivery—it [cost] them a lot of money, but also time, and some of them are still trying to match two-day delivery,” Squali added. “But time is not on their side. This is a business where if you have a great offering, but it hits the mark too late, you lose.”