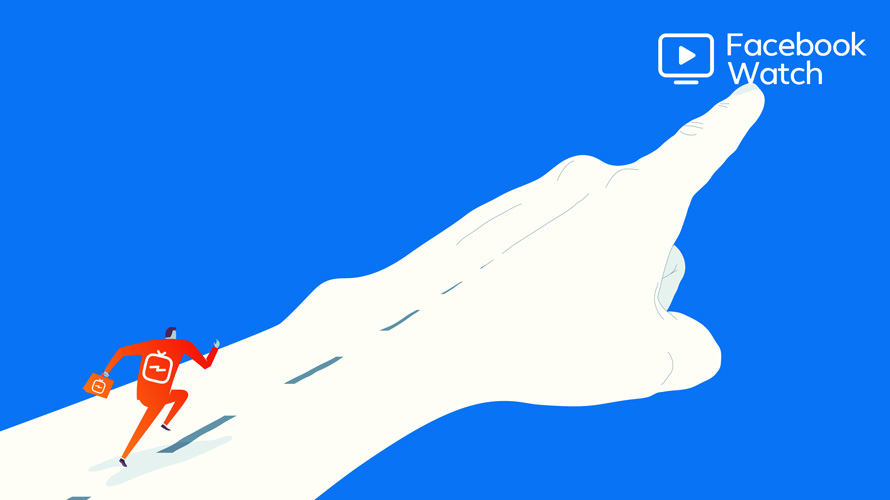 The introductions of long-form video platforms Facebook Watch in August 2017 and IGTV in June 2018 gave publishers food for thought on a lower-cost, easily accessible alternative to television, complete with Facebook’s robust targeting capabilities.

While neither platform has come close to making a meaningful dent in TV’s video advertising dominance, Facebook Watch is a little closer than IGTV is.

That may soon change, according to some video publishing executives who spoke with Adweek.

Currently, publishers and creators can monetize their presence on Facebook Watch in different ways. That is not the case for IGTV. For example, Facebook Watch provides funding for select premium publishers to create content exclusively for the social giant’s platform, but also includes pre-roll ads and mid-roll in-stream ads. IGTV, not so much.

Michael Philippe, co-founder and CEO of social video outfit Jellysmack, remains bullish on Facebook Watch. He sees IGTV as more of a mid-term or long-term bet, pointing to brand partnerships as the only way to make money on the platform.

“The monetization is as big as YouTube, if not bigger. Facebook Watch can drive significant revenue if you do it right,” Philippe said. “Some creators are making up to six figures per month.”

Some industry insiders say the writing is on the wall for IGTV monetization, though it’s been a bit slower than they would have liked.

“If IGTV had been funding original programming like Facebook Watch, I think it would be a way more high-profile platform,” Matthew Segal, co-founder of issues-driven media company ATTN:, said. “They probably will down the road, after figuring out how to optimize the product a little bit more.”

The Australian bushfires are so bad, the smoke has already circled the globe.

“I absolutely believe that Facebook will extend some variation of monetization to IGTV,” Steward said. “The real innovation in marketing has been around the platforms. IGTV provides another means for reaching people under different circumstances.”

Direct monetization opportunities are not yet available via IGTV. IGTV is open to any person or brand, who creates a video at least one minute long, while only Facebook pages with at least 5,000 followers or verified profiles with 50,000 followers or more can publish on Facebook Watch.

John Holdridge, general manager of social media content creation company Fullscreen, said while he doesn’t think of IGTV as a monetization play in terms of ad units or pre-roll, he believes conversions ultimately lead to monetization. He compared the current state of video efforts on Facebook and Instagram to that of early YouTube.

“YouTube was just a marketing platform and repository for 15- and 30-second spots until two to three years ago, when big entertainment brands saw that there was serious money to be made,” Holdridge said. “The dollars were not TV dollars, but not nothing. Facebook and Instagram are in that moment as well.”

Kin’s Stewart also believes IGTV is worth the investment, as it offers opportunities to be seen by TV companies that might want to license shows. The platform could attract talent and advertiser interest.

“We are working outside the monetization delivered today to understand overall monetization value,” Stewart explained.

Tia Mowry can do fondue on Facebook Watch
Kin
Adam Williams, CEO of influencer marketing platform Takumi, said the debut of IGTV previews in Instagram’s main feed last February caused traffic on IGTV to skyrocket, as did the addition of horizontal video last May.

“That’s not to say IGTV is perfect. There are still some drawbacks, including users’ inability to search by topic. This means prospective viewers, in many ways, are expected to know who or what they’re looking for when they seek out the video content on the platform,” Williams said. “Facebook Watch integrates with Facebook’s algorithms and database to suggest relevant content to keep audiences engaged for longer.”

As for Facebook Watch, he mentioned social enhancement and engagement features: Watch Parties, which enable users to view videos simultaneously (live or recorded), comment on and react to them and Premieres, which enable publishers and creators to pre-record videos and debut them as live moments on Facebook.

Facebook said last June that 720 million people per month spend at least one minute on Facebook Watch, and 140 million do so daily, with those daily visitors spending more than 26 minutes on the video destination on average. In comparison, eMarketer said the average U.S. adult will spend three hours and 29 minutes per day watching TV in 2020, compared with three hours and 49 minutes on mobile devices, with the latter encompassing all usage, and not just video viewing. Instagram, meanwhile, would not share any data on IGTV usage or viewership. Developers added support for series to IGTV last October, and earlier this month, it simplified the process of uploading videos, enabling people and brands to do it the same way they already upload photos and videos to their main Instagram feed.

“The quality of videos on IGTV is quite good—full-screen, vertical,” Philippe noted. “We use content from some Snapchat shows on IGTV and it works really well, with the same user experience.”

“Where IGTV is exciting is not only time spent, but also the fact that Instagram skews incredibly young,” Segal cited. “Gen Z is the highest streaming generation in terms of time on mobile phones, time watching videos, and we see video on Instagram being a bigger part of the pie in terms of time spent.”

“We think IGTV is an interesting place to test show formats. We are seeing positive audience engagement and hoping to see monetization solutions in 2020,” Shragai said. “We are not publishing video content on Facebook Watch yet due to bandwidth and audience targeting. Our audiences are generally younger.”

In any event, there have been no signs that either video destination is going away anytime soon.

Takumi’s Williams summed up his view of the two platforms as follows: “While Facebook Watch may have an advantage with its current capabilities, IGTV sits in Instagram, which is an inherently more visual platform, and this has helped build its popularity particularly among younger audiences. Marketers will be able to reach these highly engaged and advertising-savvy consumers on Instagram with striking imagery and video content.”