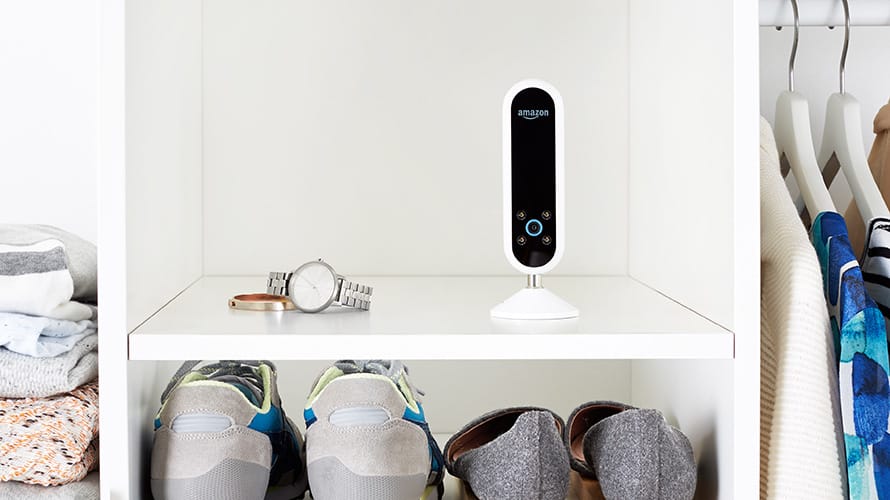 Amazon is pushing itself as a fashion destination. Amazon

Interested in commerce? Hear from Zappos CMO Tyler Williams and other executives at Adweek Ignite: Ecommerce July 10-12 in Seattle—apply here to attend.

Amazon is known for a lot of things—Prime, two-day shipping, Alexa and Amazon Go, to name a few—but it is not necessarily known as a go-to site for the latest styles.

In fact, in an interview with Adweek earlier this year, Larry Pluimer, chief executive of Amazon-focused agency Indigitous, explained Amazon has struggled historically in apparel because its original algorithm was developed for books. And, he said, the signals of book popularity—how long it has been in publication, how many reviews it has and how many copies have been purchased—don’t work well in fashion, which values what is new and fresh.

(Experts told Adweek the algorithm argument may not be sufficient to explain the challenge; one of them added Amazon has plenty of intelligent people capable of discerning the difference between books and clothes—and it’s easy to crawl competitive fashion retailers to see what’s hot.)

Amazon, however, has made two moves recently that indicate it wants to boost its profile as a purveyor of fashion. (It declined comment.)

First up is its Prime Wardrobe service, which Amazon opened up to all U.S. Prime members on Wednesday.

Prime Wardrobe allows customers to order clothing, shoes and accessories to try on at home. They have seven days to decide what to keep—and whatever they want to return can be sent back with a resealable box and prepaid label.

In an email, Pluimer said customers typically have to pay for return shipping if items aren’t defective or the result of an Amazon error.

“The Prime Wardrobe eliminates the hesitancy to try on items by eliminating the return shipping hassle,” he added.

Customers must select three or more items to place a Prime Wardrobe order.

Consumers can use Echo Look to ask Alexa to take photos or videos of themselves, as well as for advice on which of two outfits looks best or for personalized recommendations on items that pair well with clothes they already own.

But Echo Look has drawn some criticism. Wired called it “Amazon’s Trojan Horse” because of its camera, which gives Amazon lots more data about users, and its positioning within the bedroom, which, Wired argued, starts to make users more comfortable with the idea that Amazon is always at their beck and call.

Zeynep Tufekci, a contributing opinion writer for The New York Times, also took issue with the data that can be harvested from full-body images, tweeting, “With this data, Amazon won’t be able to just sell you clothes or judge you. It could analyze if you’re depressed or pregnant and much else.”

It remains to be seen whether that’s a trade-off consumers are willing to make for fashion advice and clothes from Amazon.

But, for his part, Brendan Witcher, vice president and principal analyst serving ebusiness and channel strategy professionals at Forrester, said Amazon knows better than most how to leverage data to create value-oriented customer experiences.

“To date, no company has been able to master the art of digitally keeping up with the pace of change in the fashion space,” he added. “That said, Amazon is about the only company—with so much data flowing into their systems in real time from multiple consumer touch points—that has a chance of getting there. It is still very early in the days of Prime Wardrobe and Echo Look and it would be foolish of anyone to think the solutions are not being developed in ways that improve and ultimately optimize their value.”