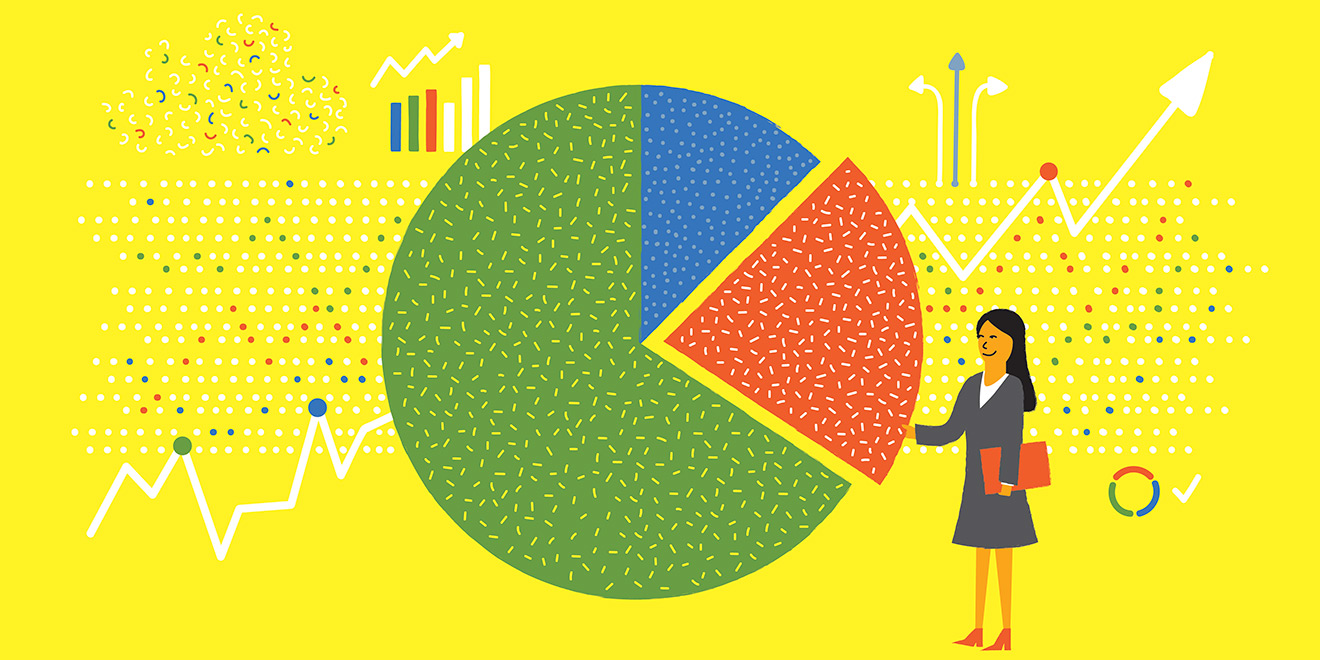 Creative professionals often wear their disdain for data like a badge of honor. It is common for creative teams to see research and data as soul-sucking-creativity-killers … as barriers that stand in the way of their cherished ideas.

But even when they favor instinct over research, they’re still using data—the data they’ve collected through experiences and observation over the course of their lifetime. There are times when this data set suffices. However, sometimes creatives have to look outside of their personal experiences and draw on consumer data.

Technological advancements in market research can supercharge the creative process by providing rich insights into highly targeted niche consumer groups. When used correctly, data is not the enemy of creative; it can be its most powerful ally.

To understand how data can help creativity, it is important to demystify it. The ancient Greeks believed that creativity came from a divine spirit that the Greeks named Daemon. The Romans believed it came from a spirit they named Genius. While the eureka moment often feels like divine intervention, those who study creativity attribute it to something called “conceptual combination.” That’s fancy talk for blending unrelated ideas in novel ways. Kind of like Reese’s Peanut Butter Cups. Chocolate. Peanut Butter. Both great on their own. But put them together … Genius!

To create effective advertising or content you need to have a common frame of reference with your audience and understand what will resonate with them.

Creativity is a lot like joke telling: both work by violating expectations. You have to surprise your audience, and both work much better when the audience understands and appreciates what you did to surprise them. Just as humor is subjective, so too is creativity … it depends on whether or not the audience gets it. As a creator, it’s up to you to make sure they do.

Let’s take a look at a joke from one of my favorite creative ads of all time. 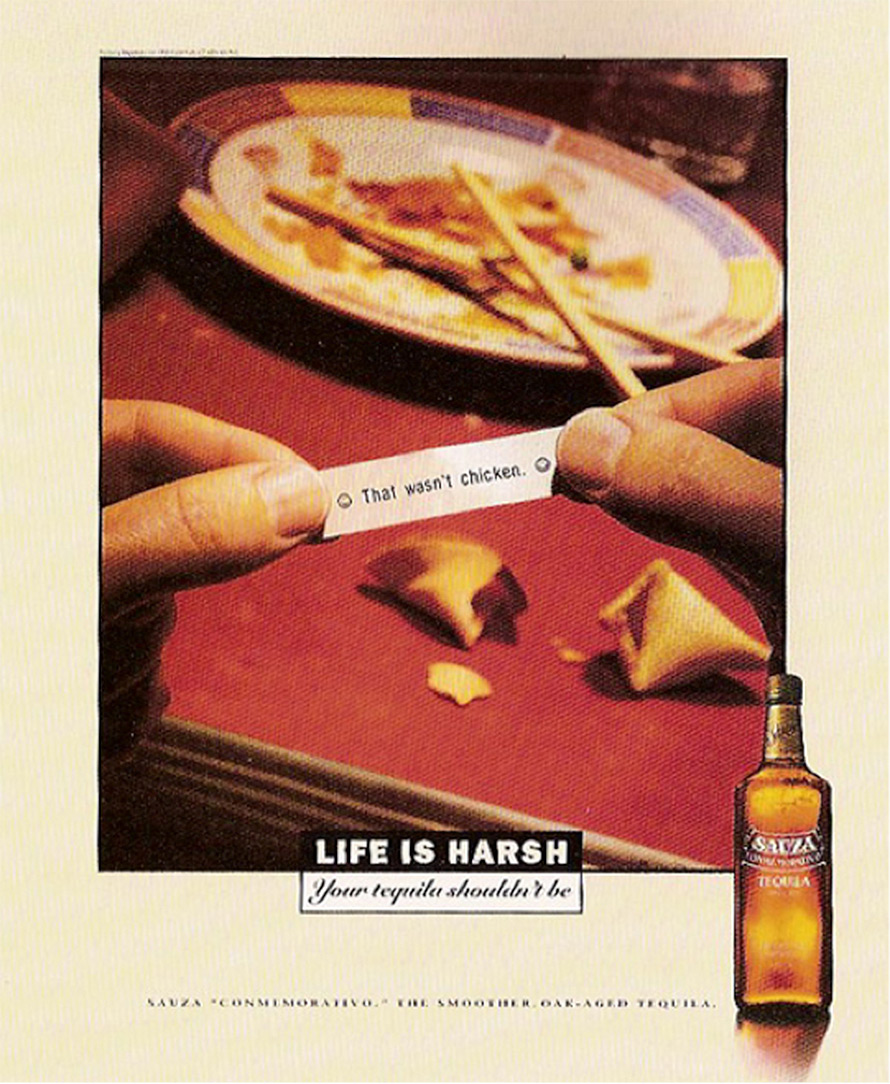 The ad was the handiwork of veteran art director Matt Vescovo. When I asked him if he relied upon data to know whether people would get the joke, his reflex response was, “No. You just know in your gut.” But when I pressed further to ask how his gut knew, he talked about the “rigorous internal checklist” he runs through to validate a concept.

“Any good creative person has a good back and forth between their right brain and their left brain. The right brain comes up with the creative idea and then the left-brain fact checks it. I’ll come with an idea, and say ‘Do other people think that, or just me?’ How many times have I seen this? How many times have other mentioned it to me?’ The data side of my brain keeps the right side of my brain honest.”

So, he didn’t rely on a research report, but he did lean on insights he personally collected over his lifetime. Would he have been just as certain if he was creating the ad for a Swedish audience? Likely not. That challenge isn’t limited to creating for foreign cultures. Creating for unfamiliar subcultures in your own country is equally tricky.

Marketers are slicing audiences thinner than ever, and consumers are expecting more refined and personalized advertising. The smaller the target, the harder it gets to hit the mark. As the niches increase, the chance that the creative professional is part of the niche decreases. This is where external data can play an important role.

Social media data is a remarkable source of unsolicited, unbiased consumer data. Interest and interconnectivity trends can help creative marketers “collect dots” in social spheres where they have no experience, no exposure, and no gut feelings to rely on.

Audience insight platforms like Affinio, Crimson Hexagon and Hive can help bring unfamiliar audiences into focus. By mining millions of social interactions, these tools can identify shared behaviors and patterns that make each audience segment unique. You are no longer constrained to having real-life experiences and observations. You can now sit behind your keyboard and play cultural anthropologist, learning valuable details about your audience such as; trends, topics, celebrities, brands and publications they follow, words they use to describe themselves, hashtags they use, memes they post, etc.

Say you are tasked with developing a campaign for an outdoor gear company whose target customers are Fly Fishermen. If you’ve never gone fly fishing, your shallow pool of personal insights is not going to help very much.

This is where audience intelligence technology becomes vital. I asked the folks at Affinio for some help getting more familiar with the fly fishing community. They started by analyzing the outdoor gear company’s Twitter followers and all the other accounts that their followers also follow. Then they break the audience into clusters that share common characteristics. Sure enough, one of the clusters was a community united by their interest in fly fishing. 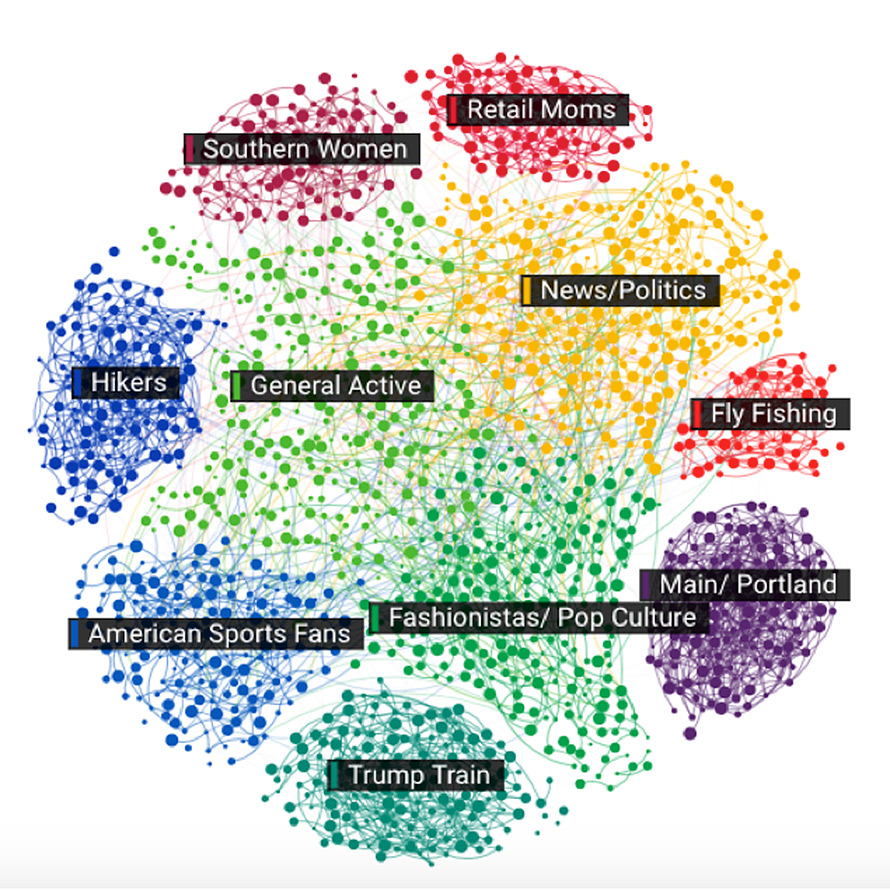 Now we start collecting cultural dots by digging into the topics they engage with, the content they share and consume, and their key characteristics and traits. We can immerse ourselves in their world, and understand what accounts, people and brands appeal to them. These can all provide direction to shape a creative campaign.

Looking at the most common words used in their Twitter bios reveals themes of not just fishing, but also hunting, other sports like football and baseball, patriotism, conservatism, family and religion.

Digging into the top liked and top retweeted content reveals a strong thread of American pride, expressed through sub-themes like Land Conservation and Made in the USA.

Based on these insights an ad playing on the idea of “God, Family, Country… and Fishing” might be an interesting avenue to explore. As you can see, data doesn’t create the ad for you, but it can provide some creative guide rails. Many world class creators will tell you that boundaries, limitations, or constraints counterintuitively foster creativity.

Creativity doesn’t happen in a vacuum. It’s the result of collecting observations and rearranging them in ways that are insightful, surprising and delightful. In some scenarios, the data from your head can suffice. At other times, data from a spreadsheet will help. Data is neither the enemy or the savior. Regardless of where it’s coming from, it’s what you do with it that counts.