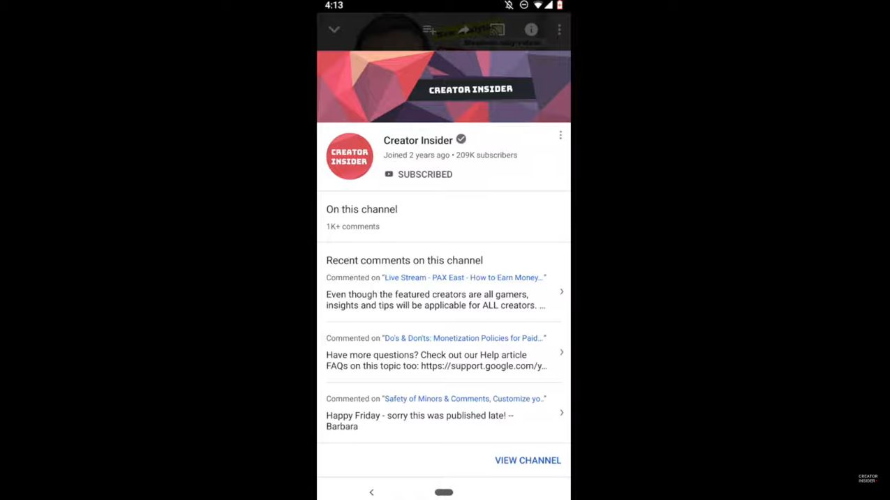 YouTube began rolling out profile cards, which display viewers’ public information and history of comments on a channel, on Android.

YouTube said profile cards show every comment the user has left on a specific channel over the past 12 months, giving creators a way to both recognize their most loyal fans and weed out their worst trolls.

Tapping on profile cards will also bring up the user’s name, profile picture, subscriptions and subscriber count, including whether the user is a subscriber to the channel.

The company added that profile cards will enable users to “explore comments, build connections with others and contribute to a more welcoming YouTube overall.”

YouTube said it plans to extend profile cards to other devices.