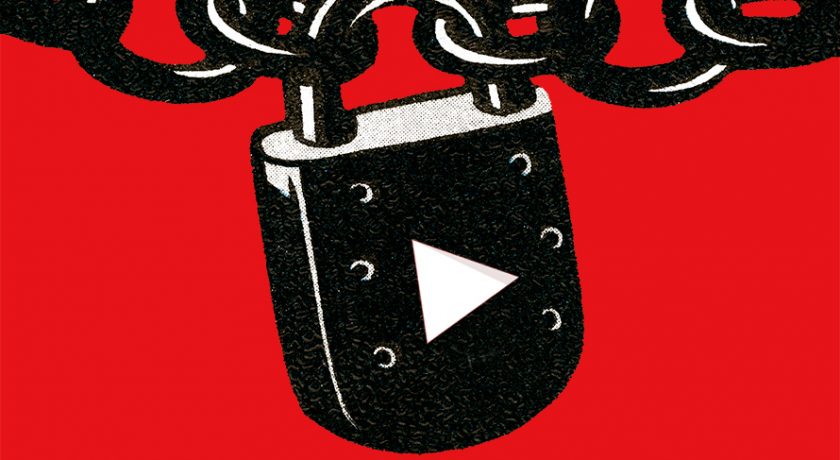 YouTube is making it tougher for creators to make money off of the platform. Illustration: Dianna McDougall: Source: Getty Images

After nearly a year of complaints from advertisers concerned about their ads appearing alongside questionable content and a slew of its biggest influencers going rogue on the platform, YouTube is revamping its policies for how creators make money off of their videos.

Over the past year, YouTube has tweaked several of its policies, upping the requirement for channels to hit 10,000 views, for example, and adding more staffers to vet videos. Still, brand safety has quickly become a more mainstream problem for brands. As of just last week at CES, execs were quick to point to brand safety concerns as among their biggest gripes with Google and Facebook.

“While we took several steps last year to protect advertisers from inappropriate content, we know we need to do more to ensure that their ads run alongside content that reflects their values,” wrote Paul Muret, vp of display, video and analytics at YouTube, in a blog post.

Google Preferred, YouTube’s program that allows brands to only run ads against the most popular 5 percent of content, is billed as the site’s top-tier program for the its most premium content.

While those ad buys are limited to a small section of video channels, creators’ individual videos are not vetted. That can be a problem for brands: Think Logan Paul’s controversial “Suicide Forest” video that got the star kicked out of Google Preferred or PewDiePie’s anti-Semitic messages that caused brands to back away from his videos.

To avoid such problems, YouTube is now manually screening each individual video for Google Preferred channels, which should cut down on the number of lone videos that make their way through YouTube’s programmatic pipes. According to Google, Google Preferred channels and videos in the U.S. will be vetted by mid-February and will be finished globally by the end of March.

Until now, creators were given permission to be part of YouTube’s Partner Program—in other words, how people make money off of clips—based on how many views a channel had.

Although YouTube did increase the requirement to 10,000 total views in April, “it’s been clear over the last few months that we need the right requirements and better signals to identify the channels that have earned the right to run ads,” Muret wrote.

Now YouTube channels will need to amass 1,000 subscribers and 4,000 hours of watch time in a one-year period to run ads. Both new and existing channels will have to meet the new requirements, which go into effect on Feb. 20.

In addition to views, YouTube staff will also monitor spam, community strikes and flags of abuse as qualifiers for whether or not a channel can make money off of clips.

According to Google, 99 percent of the channels that will be affected by the new guidelines make less than $100 from advertising every year, meaning the vast majority of channels affected do not make much money off of YouTube.

YouTube is rolling out a three-tiered system for brand safety that allows brands more transparency into where their ads appear.

One option caters to brands that are sensitive about where their ads appear. On the other end, a broad-based option lets brands buy ads across a bigger section of videos. The middle option—which is the default option—plays between, with targeted ads that still reach a significant number of channels.

Whether or not the changes will cause brands to pour more money and trust into Google has yet to be seen, but agencies see the moves as important steps from one of the world’s biggest advertising platforms.

“Google’s improvement plans hit on crucial areas: removing inappropriate content and preventing users from misusing the platform; improving their monetization approach to where ads may run; and giving their advertising clients enhanced tools and controls,” said John Montgomery, global evp of brand safety at GroupM, in a statement. “We’re pleased to see the multifaceted approach and the serious investments they are making, and we remain vigilant in holding Google and other partners accountable for the quality of their environments on behalf of our clients.”