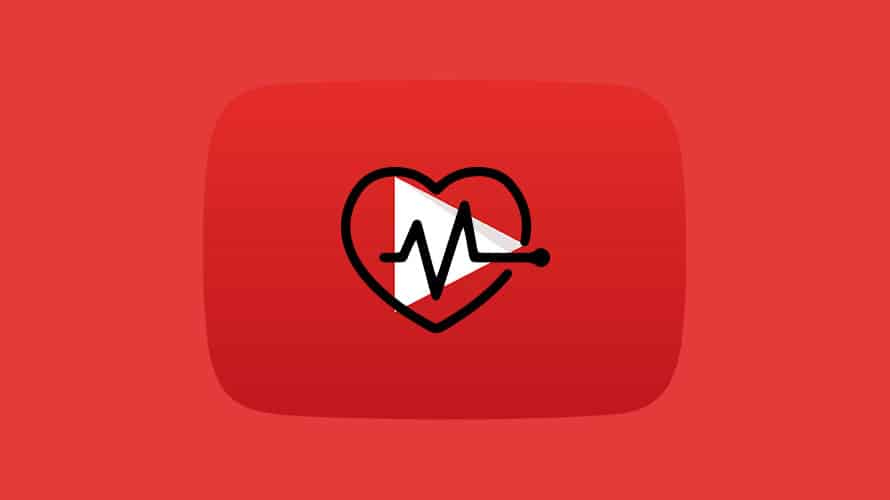 The videos included claims that HIV infections are not dangerous and that HIV does not lead to AIDS. Sources: Getty Images, YouTube

YouTube has been running advertisements for major brands on videos that promote potentially dangerous theories about HIV/AIDS—an indication that the video platform’s human and automated reviewers are continuing to struggle with identifying and flagging content that might be seen as objectionable or offensive.

In May and June, video advertisements for companies like Toyota, Mercedes-Benz, development platform Wix, insurance company Lemonade and mattress company SAATVA ran before YouTube videos that pushed widely discredited and debunked theories about HIV and AIDS.

Those videos included claims that HIV infections are not dangerous, that HIV does not lead to AIDS and that necessary antiretroviral medication to treat HIV is more dangerous than the virus itself—claims that have been rejected and refuted by the scientific community. If believed, these erroneous claims about the virus could have dangerous health consequences for HIV-positive people or people who are at risk of contracting HIV.

In an email to Adweek after the story published, YouTube said: “This should not have happened and we apologize for the mistake. The flagged videos earned less than $100 in total over the last 60 days. We immediately removed ads on violating videos and credited advertisers. While our system and controls work as intended 99 percent of the time, there are a small number of instances where they do not and we are committed to closing that gap even further.”

Two advertisements—one promoting a Toyota Corolla and another promoting a Mercedes-Benz—were first spotted by the freelance reporter Michael Schulson, who wrote about the prevalence of false medical information on YouTube. Schulson, who said in an email that he saw the advertisements on May 9 while he was reporting from Israel and Palestine, was served a Mercedes-Benz advertisement before a 2010 video from the Russian state-funded news agency RT (formerly known as “Russia Today”) titled “The AIDS Myth Unraveled.” Another advertisement for a Toyota Corolla, according to Schulman, ran before a 2016 video from a California-based chiropractor titled “HIV and AIDS—The Real Cause and Solution.”

We reviewed the two videos from New York in June, no advertisements ran before those videos played, and there were no markers on the video indicating that an advertisement was programmed to run on the video. But YouTube’s Up Next section recommended another video from RT from 2010 titled: “HIV test a crime, AIDS ‘cure’ killed a whole generation.” An advertisement for Wix preceded the video, which contained an uncritical interview with a leading proponent of the debunked theory that HIV does not cause AIDS. Upon a second viewing, a SAATVA ad played beforehand; a week later, the video ran an advertisement for Lemonade.

An advertisement for Wix also appeared on another AIDS denialist video from RT titled “AIDS conference simply propaganda.” That video was also from 2010 and, like the other RT videos reviewed for this article, was uploaded at the time of an annual international AIDS conference.

A spokesperson for Wix said the company was not aware that its ads were running on AIDS denialist content until Adweek brought the ads to its attention.

“We make every effort to target our advertising based on demographics of viewers and to prevent advertising on channels that do not share our values,” the spokesperson said in an email. “Unfortunately, we’re usually made aware of these instances when they are brought to our attention from viewers. It is clear that the platforms themselves must provide better tools to advertisers to limit this sort of activity.”

Spokespeople for SAATVA, Lemonade and Toyota did not respond to requests for comment.

YouTube has repeatedly faced problems with advertising on its platform. A number of big brands fled the platform in March 2017 after ads appeared alongside extremist videos, and more left in April of this year after CNN reported that hundreds of brands were seeing their advertising run alongside hate speech and offensive content on the platform. On Wednesday, Business Insider reported that YouTube ran disturbing preroll advertisements for horror film Insidious: The Last Key on videos containing content otherwise suitable for children.

Fake medical news doesn’t often draw the same amount of ire as fake political news stories do, but medical professionals consider it a major problem in the media ecosystem. AIDS denial, in particular, can have real and possibly devastating effects for people who have or are at risk of contracting HIV.

The dangers of conspiracy theories

A 2010 study of middle-aged African-American men and women living with HIV/AIDS in the Atlanta, Georgia area found that those who believed there was a scientific debate over whether HIV causes AIDS were less likely to receive HIV treatment, were less adherent to their antiretroviral medication schedules if they were receiving treatment and were more likely to refuse medication to treat the illness.

Robert Fullilove, a professor of sociomedical sciences at Columbia University Medical Center, said HIV is already a challenging chronic condition to treat, “even in the best of circumstances.”

“It’s hard enough to get people to take medication for diabetes and hypertension, and those aren’t stigmatized conditions,” Fullilove, who studies community health in minority communities, said in an interview. “There is an anxious population that is really fearful and can easily be swayed by other messaging … And for somebody who is suffering from the side effects [of HIV medication,] those messages can be hugely seductive.”

Fake news about HIV/AIDS doesn’t exist in a bubble—it’s part of a massive catalogue of conspiracy theories and other objectionable content that’s present on YouTube. And sometimes, the thread between fake medical news and other forms of fake news is undeniable. RT, which had uploaded several of the AIDS denialist videos, has been called a propaganda arm of the Russian government and has repeatedly shared conspiracy content about various news events, including the 2017 Las Vegas shooting.

The AIDS denialist videos from RT that Adweek reviewed were tagged with a simple gray box indicating that RT is funded by the Russian government, part of a new feature that YouTube rolled out in March aimed at providing context to conspiracy videos. But despite YouTube’s promise of context, there was no information to be found explaining the veracity of the claims made in the videos themselves.

YouTube has rolled out other updates in an effort to dodge public criticism and assuage advertiser concerns. In January, the company tightened requirements for participation in its Partner Program, through which creators can earn revenue through Google AdSense. In late 2017, YouTube CEO Susan Wojcicki said that by this year, the platform would have a total of 10,000 moderators manually reviewing content.

Chris Pavlovski, CEO of video and rights management platform Rumble, said that concerned members of the public are becoming more aggressive than ever about holding brands accountable when their ads appear alongside objectionable content. This heightens advertisers’ concerns about brand safety and makes the challenge of addressing fake news and objectionable content on YouTube more pressing than ever.

“All of these conspiracy sites and these opinions have always been there, but it’s only been in the last few years that so much attention has been paid to it,” Pavlovski said in an interview. “… YouTube is so large, and they’re having to work backward [to review] this massive catalogue of content. It’s almost impossible for them to take it on.”