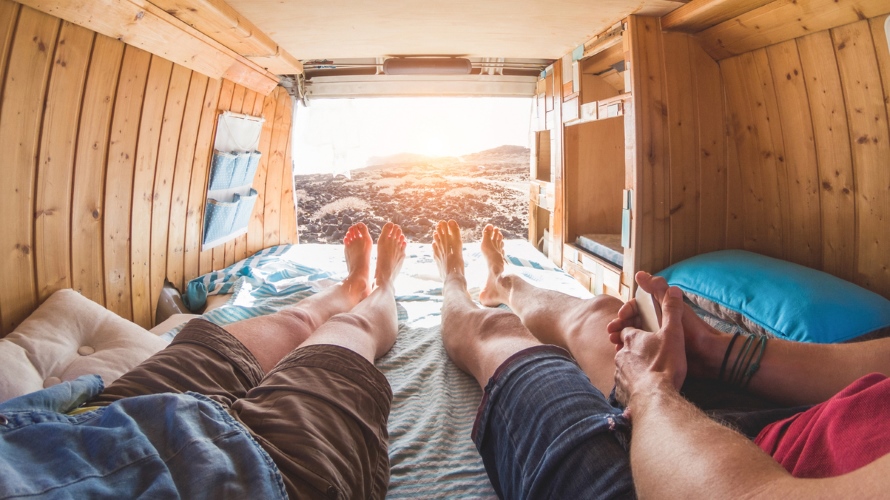 Here are three video trends on YouTube for May 2018 that advertisers need to know about:

‘Van life’—downsizing and uploading, millennials have a new home

A recurring channel theme that has left us somewhat intrigued is channels related to living in vans. We’ve seen them frequently enough that we’ve taken note and decided to dig deeper into these channels. Van living is a subset of tiny home living, itself a subset of minimalism.

Growth in van life videos: There are just under 1,200 channels with descriptions that include some version of “van life,” “van living,” “life in a van” or “living in a van.” This year, subscriptions and viewership of van life have reached an all-time high.

Who to keep an eye on: The most subscribed van life channel is Exploring Alternatives, which has 448,000 subscribers. The couple that runs this channel simplified their lives in 2012, moving from a four-bedroom home into a camper van. They make videos about other people’s attempts to create alternative, minimalist lifestyles.

What van life videos reveal about human behavior: There’s been much discussion of the idea that the recession deprived millennials of earning potential, leaving them priced out of home ownership, and that millennials find more value in experiences rather than possessions. Minimalist living is where those two notions intersect, and these van life channels allow people the opportunity to experience, vicariously, the fantasy of the minimalist lifestyle through the channels viewers have subscribed to.

Have you ever attempted a YouTube tutorial that boasted the perfect sparkly, smokey eye, but somehow come out looking like you’d gotten in a bar fight with a racoon? This is the challenge for you. With more than 67 million collective views under its belt, the “I Tried Following” challenge has established itself as the first big viral beauty challenge of 2018.

How it got started: On Jan. 27, beauty guru Thomas Halbert uploaded a video titled I Tried Following a Jeffree Star Makeup Tutorial. In it, Halbert attempts to follow Star’s “my ex’s funeral” look, providing his own deadpan commentary over Star’s complicated directions. Two weeks later, Gabbie Hanna uploaded her own, “I Tried Following NikkieTutorials Makeup Tutorial,” where she credited Halbert for originating this new challenge. Since then, the “I Tried Following _ Makeup Tutorial” has inspired more than 2,100 uploads from creators both within and outside of the beauty community.

What helps a trend catch fire: What has made this trend grow at such a fast rate is how easily replicable it is for both beauty gurus and creators outside of the beauty community. The point of the challenge isn’t to make a perfect makeup look, but rather to fail miserably.

The challenge has since grown outside of the beauty community and been replicated by lifestyle vloggers and comedians poking fun at the ridiculously complicated “everyday makeup looks” that often trend on YouTube. Within the I Tried Following trend, a sub-challenge has already bloomed where beauty gurus are now re-creating the first makeup tutorial they ever uploaded to YouTube.

Will it rise to be this year’s “Full Face Of” challenge? It’s too soon to say, but as I Tried Following videos continue to be uploaded every day, it’s safe to say that this challenge is still running its course.

The hardest part of any task is getting started. So, it’s no wonder that speed cleaning videos have been on the rise across YouTube as viewers search for cleaning motivation.

Speed cleaning videos on the rise: While these speed cleaning videos come with numerous names—Clean With Me, Spring cleaning, Speed cleaning, cleaning motivation and DECLUTTER!—they follow the same format: A creator filming themselves cleaning up or cleaning out their cars, houses, desks, closets, beauty collections and/or dog houses. In the past four months, cleaning and organizing videos have acquired more than 212 million views across 5,600 uploads—an increase since 2017, when 5,525 cleaning videos were uploaded across the entire year.

Who is behind these videos: Speed cleaning videos are being produced almost entirely by channels not solely dedicated to organizational content. Out of the top 20 channels most closely associated with “spring cleaning” content, only six of them are self-described as organizational or do-it-yourself channels. Ironically, the channels driving the most viewership around spring cleaning videos are the same channels promoting the most content through hauls and reviews: Lifestyle and beauty content.

What speed cleaning videos say about society: What these videos help viewers accomplish is the act of getting started—an act that studies show is often the biggest mental hurdle to overcome. By seeing healthy, productive habits reflected on the screen, viewers may feel more inspired to do the same.

Cleaning can be a lonely, cumbersome task. Speed cleaning videos fill that void and make the act of cleaning feel a little less isolating. These videos are also a way to avoid the risk of being distracted by a real-life friend. And they can serve as a timer to show viewers how long they’ve been cleaning or how long an undistracted task realistically takes to complete.

Earnest Pettie is a YouTube trends analyst who looks at trending videos piquing viewer interest and what they say about human behavior.