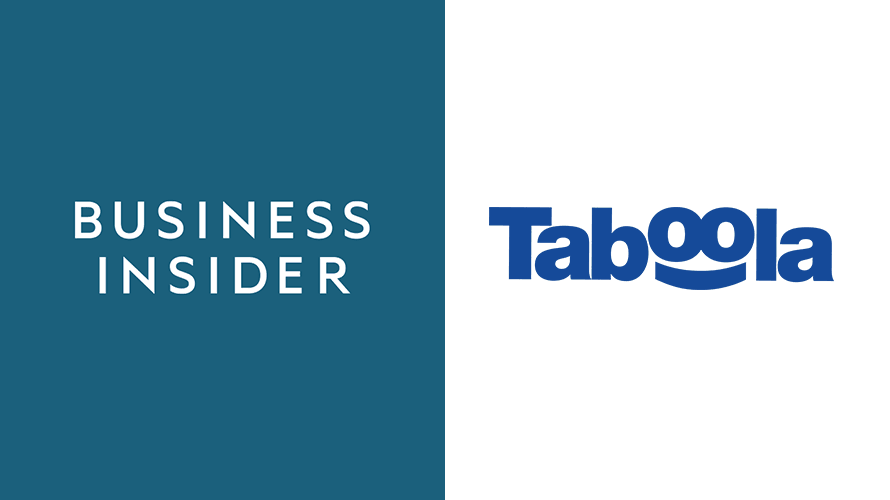 The latest partnership builds upon an existing arrangement between the two.
Business Inside, Taboola
Share
By Ronan Shields
|
February 13, 2019
Share

Insider Inc., the parent company of Business Insider, today announced a partnership with content-discovery service Taboola that will see the publisher integrate the self-styled alternative to Facebook and Instagram’s carousel style.

Dubbed Taboola Feed, the content-recommendation carousel will be integrated to give readers of the business website a continual, personalized content feed of Business Insider articles and third-party content in the form of native ads.

The exclusive two-year deal builds on an earlier partnership that saw the Axel Springer-owned publishing group integrate Taboola’s widget, which Rich Kennedy, svp business and audience development at Business Insider, described as a way to suggest content to readers that they otherwise would have missed.

“Integrating Taboola into both our desktop and mobile web has led to more user engagement while also providing us with an additional valuable source of revenue,” he said.

Insider Inc. reportedly hit the $100 million annual revenue mark and is profitable with revenue streams including its direct sold and programmatic advertising arms plus premium subscriptions and licensing.

Insider Inc. joins Tribune Publishing and IBM-owned The Weather Company in integrating the Taboola feed into their websites to maximize audience attention and monetization, with the Israel-based ad-tech outfit reportedly generating more than $1 billion in revenue in 2018.

Meanwhile, Taboola, along with its peers in the content recommendation sector such as Outbrain and RevContent, is eager to position itself as an alternative to partners like Facebook for premium publishers. In that regard, Taboola paid a reported $100 million for video recommendation specialist ConvertMedia prior to launching its content carousel.

The ambition to position Taboola as an alternative to platform providers such as Facebook and Google is particularly the case after the early 2018 change to Facebook’s news feed algorithm that saw many web-based publishers suffer.

In particular, the detractors of such platform providers point to the fact that web-based publishers like LittleThings that used the social network as their primary traffic source cited it as a principal reason for their decline since January 2018.

“Consumers can scroll and scroll and have a similar experience to what they have on social but on their favorite website,” Singolda told Adweek.

The similarity of the ad formats available in the Taboola Feed to those on Facebook or Instagram is a popular trait among media buyers, Singolda said, and the familiarity of the format in premium environments is a unique selling point.

“This really grows performance for publishers that switch to Taboola Feed [from the earlier widget, similar to Business Insider]. … Over time, the idea is to try out other [monetization] formats on the feed such as commerce,” he said.

Integrating the Taboola Feed into a website currently opens up advertisers to the demand of a pool of up to 10,000 buyers including brands, SMBs and performance marketers that can buy content either directly via a self-service platform or via a managed account.

The content-recommendation service claims to have an addressable audience of more than 1.4 billion web users per month, and Taboola claims the resulting data set is more useful to publishers eager to generate traffic than social platforms.

“We have a lot of data that is anonymized, but we think that’s better than what you get with Facebook because that’s just demographic data and what people tell Facebook they are,” Singolda said. “Whereas we know what people are actually reading and clicking on.”

Such content-recommendation services are not without their detractors when it comes to the quality of third-party content they introduce to premium web environments, but Singolda points out that this is an area of focus for his company.