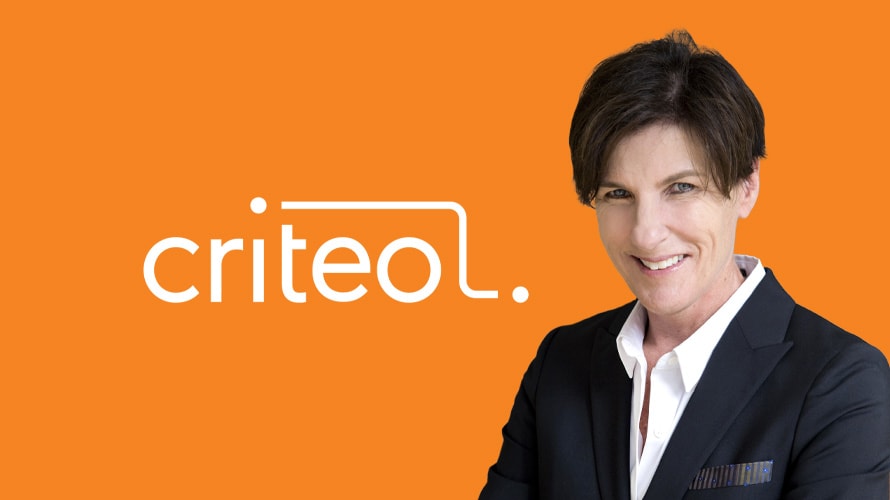 Megan Clarken will take the reins as Criteo CEO while JB Rudelle will remains as its chairman. - Credit by Criteo

Criteo, the retargeting ad-tech firm, is shaking up its leadership with Nielsen’s Megan Clarken soon assuming the role of CEO. Current CEO and founding chairman JB Rudelle, who returned to the top job at Criteo last year, will remain as chairman on its board of directors.

The new leadership comes as Criteo announced a 1% annual revenue decrease for Q3 ($523 million) and issued a “flat” outlook for both Q4 and full-year 2019 to disappointed investors.

Clarken, who most recently served as CCO of Nielsen, takes the reins as CEO next month and will be based in Paris.

A statement announcing Clarken’s appointment said she will lead the “second phase of Criteo’s transformation” as it aims to accelerate down a path of “strategic evolution.”

“Criteo has grown into a truly impressive company, with high quality assets and talented teams, and I’m very honored to lead the company into the next chapter of its development,” added Marken.

Criterio’s stock price dropped immediately after the release of its Q3 earnings report, which disclosed that revenues fell short of analysts’ earlier expectations, leading the company to take “a more moderate approach” in the fourth quarter.

During the key fourth-quarter trading season, Criteo now expects revenue to be between $255 million-$261 million, implying a year-on-year decline of up to 5%, meaning revenues for 2019 will be at the lower end of its earlier guidance.

Despite attempts to diversify its interests into areas such as AI and header bidding, Criteo is primarily known for its ad retargeting services, which are heavily reliant on third-party cookies.

This offering has been severely impacted by the gradual trend toward cookie prohibition, as evidenced by Apple’s rollout of intelligent tracking prevention in its Safari browser.

The company’s stock price dropped precipitously earlier this year after Adweek reported that Google was contemplating similar measures in its market-leading Chrome browser, which are starting to be implemented with many now hailing the death of the cookie.

Writing about these moves earlier in Adweek, Rob Webster, co-founder of Canton Marketing Solutions, said, “Such changes then create opportunities and threats across the board. Some companies and sectors are more protected than others, but for everyone it really does become an ‘adapt or die’ situation.”