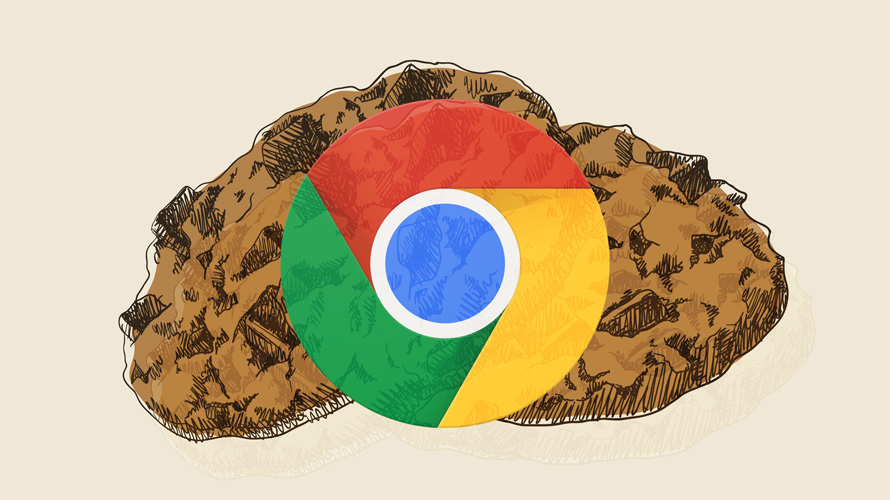 "In the short term, a lot of companies will be challenged,” one analyst predicts. - Credit by Getty Images, Google

In a move that many have feared for the last year, Google has finally given a timeline for phasing out support for third-party cookies in its Chrome web browser. The tech giant said it will take two years to complete the transition.

Google is bowing to pressure to shore up privacy standards across its online advertising platforms and freely available web tools, a move that will affect more than half of all web users.

In a statement released earlier today Justin Schuh, director of Chrome engineering at Google, confirmed the timeline, vowing that Google will seek “privacy-preserving and open-standard mechanisms” that will maintain “an ad-supported web.”

“Once th​ese approaches have addressed the needs of users, publishers and advertisers, and we have developed the tools to mitigate workarounds, we plan to phase out support for third-party cookies in Chrome,” he wrote. “Our intention is to do this within two years.”

The initiative, which Google calls Privacy Sandbox and was first announced in August, should be welcomed (to a certain extent, at least) by consumer-privacy advocates who cast a long shadow over ad tech.

Schuh is urging the entire ecosystem to back Google’s initiative, which will begin testing alternative methods to implement ad personalization and measure conversions in a cookie-free environment later this year.

Nathan Woodman, founder of Proof in Data and former CDO at Havas, described the prospect of new privacy standards as “exciting” to Adweek. “Google’s proposed Privacy Sandbox and the federated learning approach they have outlined give us as an industry a path forward to respect user privacy to the highest standard and also support user targeting, personalization and recommendation use cases,” he added. “We have work to do in order to adapt to the changes, but it will be with the effort.”

Meanwhile, Wayne Blodwell, CEO of tech consultancy The Programmatic Advisory, said the latest revelations were “unsurprising” given the momentum of the public outcry for better user privacy.

“The fact is that third-party data is often misused,” he said. The ad industry standard for data-sharing real-time bidding protocol, for example, is under review by data protection authorities under GDPR.

“But, I think from a media buyers’ perspective, it’s going to be a challenge to targeting within Chrome. And as with anything we’ll have to wait and see if it will benefit Google more than others.”

Meanwhile, Ari Paparo, CEO of Beeswax (and a former Google employee), told Adweek, “while all of these proposals rein in types of tracking—for example, view-through attribution would never be possible—the positive side is that they could unify the various browsers around privacy-safe solutions that work web-wide instead of the balkanized state per browser.”

Who’s looking out for the media industry?

Adweek first reported that Google was contemplating ending support for cookies in March, a move that was later confirmed and sent public confidence in ad tech crashing, especially in publicly traded ad-tech companies whose business proposition was based on third-party cookies.

Schuh’s statement goes on to mention Google’s collaboration with web standards body W3C as part of the project, an overt move that several sources believe demonstrates its attempt to ward off regulatory scrutiny.

“Google doesn’t want to force the death of the cookie too quickly in case it attracts antitrust attention,” said a source inside a major holding group, who requested anonymity for fear of professional retribution.

They added, “Although, it’s in its interest to accelerate it, as the decline of cookies is good for the walled gardens [which have lots of first-party data] as advertisers will still spend with them.”

According to Jeremy Fain, CEO and co-founder of Cognitiv, Google should heed the lessons from Apple’s introduction of intelligent tracking prevention in 2017, a move that hamstrung many publishers’ ability to monetize Safari users.

“Any privacy solution must balance consumer concerns with the essential societal need for a healthy, vibrant media landscape that supports free speech and an independent, free press,” Fain said. “The material harm done by unilateral solutions, such as Apple’s ITP, which took away the consumer’s choice entirely, directly affect the capability of the press to remain free and independent. It is more important than ever that society protects the independence and existence of its fourth estate.”

A shift back to premium buying?

The impact on ad-tech companies that have grown reliant on third-party cookies is likely to be sizeable, as most big media buyers still don’t know how to target desired audiences without cookies. However, some predict such a move will prompt a pendulum swing of ad spend back to premium media owners.

At Vox Media, speculation about the decline of third-party cookies had prompted CRO Ryan Pauley to take pre-emptive measures, such as the recent launch of its Forte platform.

“I predict this news from Google will only drive more pressure on third-party usage in the ecosystem,” he said, predicting that third-party data will “completely go away” within the next 24 months.

For TPA’s Blodwell, the implementation of Privacy Sandbox and its relegation of third-party cookies is the beginning of a new era for online marketing.

“The backing of a standards body gives them big credibility and it looks like it could be the beginning of great infrastructure for the future of the internet,” he said. “But in the short term, a lot of companies will be challenged.”