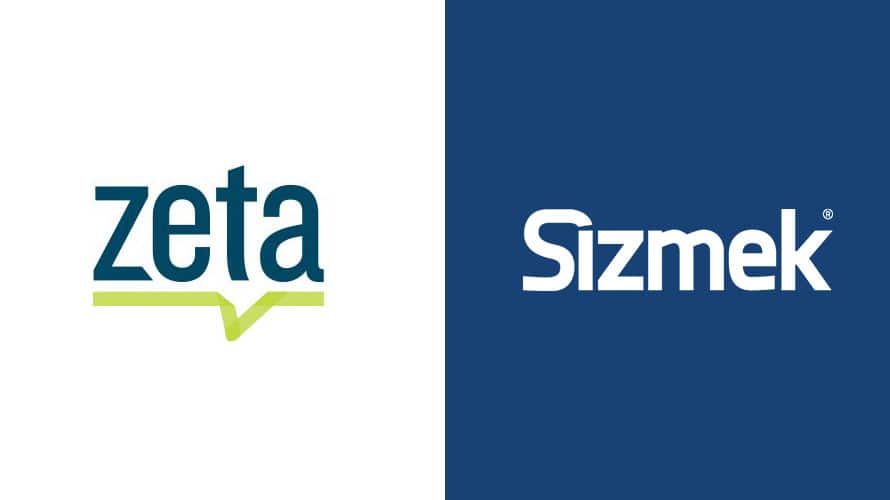 CEO David A. Steinberg believes Zeta can find a point of differentiation in the DSP market. - Credit by Zeta Global, Sizmek

Zeta Global closed its purchase of Sizmek’s data management platform and demand-side platform last week in a deal estimated to be worth $40 million following the Sizmek’s Chapter 11 filing.

Co-founded by former Apple and Pepsi chief John Sculley and CEO David A. Steinberg, Zeta Global was valued at $1.3 billion in 2017 following a $140 million Series F funding round and has made several acquisitions since its founding in 2007.

The strategy of purchasing several companies and coalescing them into a single stack is similar to that of Sizmek, which was a publicly listed company offering a full-stack ad-tech solution including a contextual advertising service, a buy-side ad server and other services and was later purchased by private equity firm Vector Capital in 2016 for $122 million.

Sizmek went on to purchase Rocket Fuel, a former publicly listed DSP, for $145 million the following year with many in the sector dubbing the resulting offering a “frankenstack.”

The company pitched its wares as an alternative to the duopoly of Google and Facebook, but it struggled to successfully integrate the DSP (especially given the decline of the former Rocket Fuel managed service business) as it lacked the scale to be sustainable.

Financial details disclosed in Sizmek’s Chapter 11 filing revealed that its revenue forecast dropped to $170 million for 2019, down from $399 million in 2016. Cerberus later forced Sizmek into Chapter 11 proceedings with court documents noting it held $172 million in debt with several supply-side platforms subsequently suspending trading with its DSP (although some have since recommenced trading).

Some sources question whether anyone in the ad-tech space has succeeded in the frankenstack strategy outside of the industry’s biggest names like Google.

However, Steinberg is adamant his company won’t meet with the same difficulties when attempting to integrate the newly acquired DSP, claiming the privately held company is comfortably profitable.

“We don’t buy any company that we don’t fully believe we can integrate into our tech stack within 12 months,” Steinberg told Adweek.

“Almost all of the companies you see fail, never integrate,” he added. “They effectively run the businesses as multiple divisions and they kind of shove them into a cloud, we don’t believe that works. … So, unlike a lot of other companies that burn through cash, we can just focus on building a very profitable business.”

Steinberg explained how Zeta Global’s 1,500 employees include a 750-person engineering team based in India that helps accelerate its tech integration and also helps control costs.

He also said another key difference between his company and the slew of currently distressed ad-tech companies making cutback after cutback is the fact that approximately two-thirds of Zeta’s revenue is generated by recurring SaaS-based CRM income.

This is opposed to the more volatile whims of the ad-tech market where DSPs are vulnerable to the seasonal fluctuations in media spend plus the near-constant shifting tectonics of programmatic spend.

“Most of the companies that are kind of glomming themselves together [through serial acquisitions] are really trying to buy what I call revenue scale,” Steinberg said. “And that very rarely works because ultimately, they hit up some type of ad-tech problem where they end up being disintermediated by the next guy.”

The CEO said a common characteristic among the assets it has acquired over the course of the past decade is that many of them do not generate a huge amount of revenue when bought by Zeta but do contain tech that has the potential to become highly lucrative.

Zeta has built up extensive experience in cross-selling its tech capabilities to customers who use other aspects of its marketing stack, which includes email marketing, machine learning and retargeting capabilities.

Steinberg hopes to differentiate the combined DMP and DSP offering through its array of first-party data assets—whereas many competitors offer third-party data sets—which it now intends to offer to media agencies eager to reduce their reliance on the industry’s walled gardens.

He also asserted that the company’s platform tracks 2.2 billion users per month which he claimed it can convert into a 750 million deterministic data set using natural language processing and AI to divine intent data.

“That intent is built into a custom audience that can now be deployed through the DSP,” Steinberg said. “Now the agency will be able to sort that data and build the audience however they want. … Most of them have wanted access to deterministic data for a long time.”

Access to the data will be free for media buyers who can use it to target audiences using the DSP, with Zeta Global making its revenue by charging a commission on media spend.

Historically, there have been question marks over how Rocket Fuel treated client data to power its AI, a specter which some claim followed the company after it changed ownership and hardly a factor that would have aided Sizmek’s attempts to win over media buyers.

Steinberg was eager to assure advertisers no such conduct will take place under Zeta’s stewardship of the newly acquired assets.

“Our client’s data is our client’s data; it’s just that simple,” he said. “Unlike some of the business models that these assets have touched, we don’t sell data.”

The sale of the remainder of Sizmek’s assets, such as its ad server and contextual targeting and dynamic creative optimization offerings, has yet to conclude, and its Chapter 11 proceedings continue.