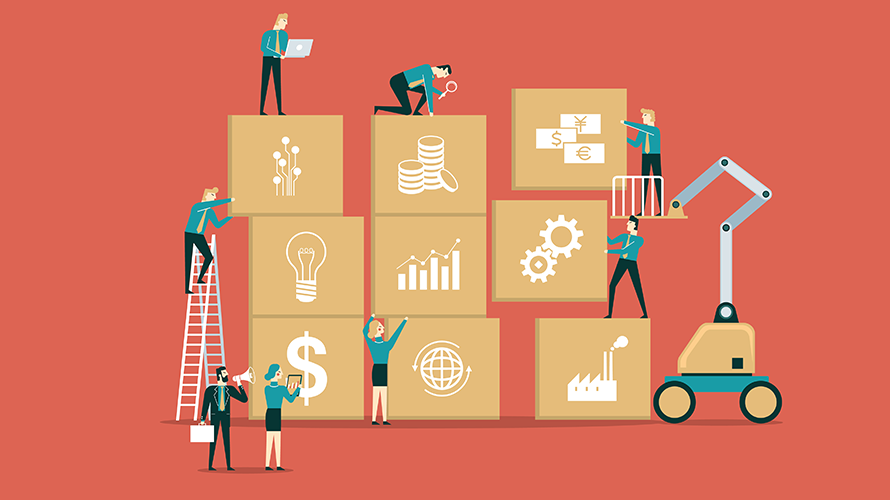 As ad tech becomes the default means of media trading, media agencies are attempting to counter this trend with a revised proposition for marketers, with transparency at its core. - Credit by Sorbetto/Getty Images

In response, some of these players are starting to alter how they repackage ad tech and then offer it to advertisers in a bid to better improve their proposition, with an emphasis on providing enhanced access to premium ad inventory. And perhaps more importantly, providing enhanced cost savings.

According to a February 2020 report from MediaLink, 34% of brands plan to bring more of their marketing in-house as a result of a damning 2016 ANA report on the state of supply chain transparency in the media industry. Donna Sharp, managing director at MediaLink, said that cost-cutting and pressure to prove the ROI of their media spend were the key drivers of this trend.

“In-housing has grown from a curiosity to a point where we are now spending a lot of time building an in-house organization model [for clients],” she said.

Add to this the increased concerns over data privacy that are being prompted by evermore stringent data privacy laws across the globe, and it’s clear why advertisers are questioning the old ways of doing business.

“If you’re trying to plug a new in-house team into an old school model, you may find that the rest of the ecosystem needs to change too,” she continued.

As ad tech becomes the default means of media trading, media agencies are attempting to counter this trend with a revised proposition for marketers, with transparency at its core.

Recently, it was reported by Ad Exchanger that WPP’s media planning and buying hub GroupM is partnering with sell-side ad-tech company Index Exchange in hopes it will provide the changes prescribed by Sharp. 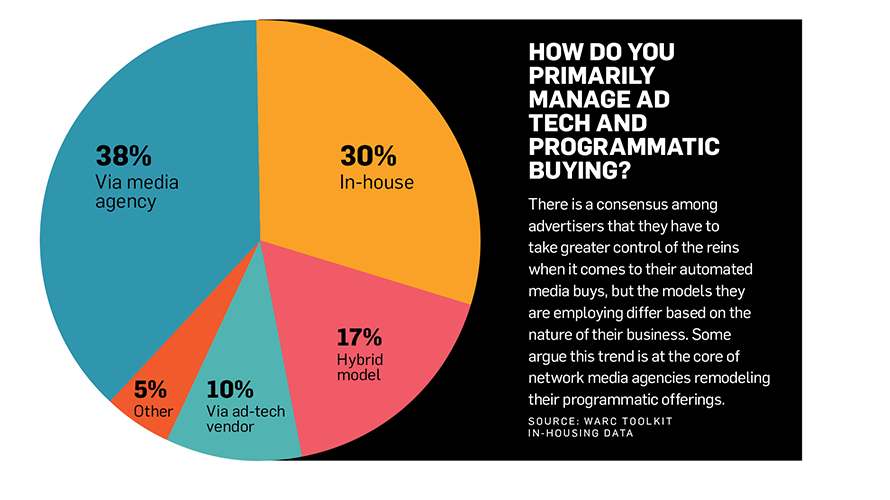 The partnership secures preferential access to premium inventory from publishers and negotiates savings on media spend, which it can then pass on to clients. This initiative builds on its GroupM Trusted Marketplace initiative—which the agency refers to as GroupM Premium Supply—which lets advertisers benefit from the WPP outfit’s pricing benefits and was a correction to the market’s previous approach.

GroupM Premium Supply has been available in markets around the globe for a number of years and is planning to roll out in the U.S. in the near future, according to a spokesperson.

Sharp told Adweek that media agencies have grown increasingly adept at building holistic models around point solutions offered by ad-tech providers. This is in contrast to some of the earlier resistance to in-housing among agencies.

WPP’s GroupM is not the only Madison Avenue titan to reevaluate how it works with sell-side partners and better convince advertisers of the transparency involved with programmatic media trading.

Omnicom Media Group is working with supply-side platforms (SSP) to effectively create a marketplace that brands can use to acquire ad space at the rates negotiated by the media-buying giant, even if they have in-housed, according to sources with knowledge. In such a scenario, OMG could create revenue by charging a fee to clients who may retain OMG’s services for media planning in exchange for access to its cut-price marketplace.

An OMG spokesperson was unable to provide comment by the time of filing, but sources with knowledge of their positioning spoke with Adweek on condition of anonymity and said it has been in such negotiations with SSPs recently.

Ruben Schreurs, CEO of consultancy Digital Decisions, said these models contrast with the approach taken by network media agencies in the early 2010s. This is the era when ad tech first appeared as a mainstream proposition and outfits such as OMG’s Accuen and GroupM’s Xaxis were formed.

“Now, rather than using the Xaxis model where they bought and resold media, where you became the principal rather than the agent, which made them huge amounts of money,” he said, “now they are setting up the pipes.”

Schreurs added that this solution would likely help media agencies stave off the tide of marketers flirting with the idea of completely ring-fencing their online ad buying.

“I think this is how they can get to reclaim the position of the necessary partner as a result of their partnerships, deals and buying power,” he said. 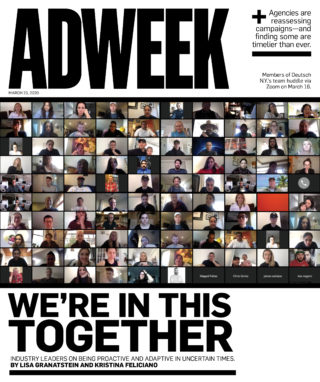 Click for more from this issue
This story first appeared in the March 23, 2020, issue of Adweek magazine. Click here to subscribe.
@ronan_shields ronan.shields@adweek.com Ronan Shields is a programmatic reporter at Adweek, focusing on ad-tech.