Postmates Is Getting Ready to Roll Out Autonomous Delivery Robots

The first version is able to carry about 50 pounds 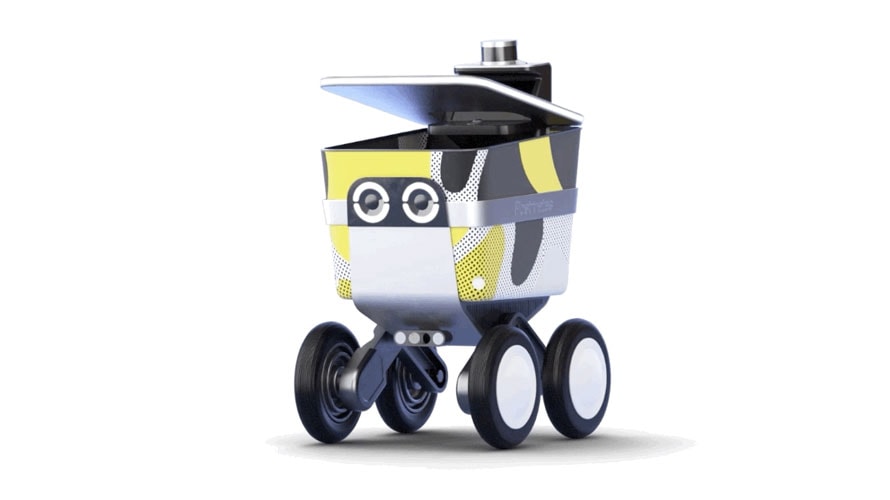 The on-demand delivery company Postmates is ready to move beyond bicycles, motorcycle and cars and into the realm of self-driving robots.

On Thursday, the company debuted its own robot that it hopes will be able to navigate sidewalks and streets to deliver food, packages and other smaller items in urban areas.

The robot, named Serve, is a first for the company, and has already been tested in cities to deliver thousands of packages with the prototype fleet. Postmates has been working with the Toronto-based design firm Jam3, with plans to first deploy in Los Angeles before expanding to other U.S. cities over the next year.

The robot itself is adorable. From the side, it looks like a small enclosed shopping cart—or maybe more like a portable cooler on wheels. It’s yellow, white and black and on the front has a set of large, circular eyes reminiscent of Wall-E.

“We realized we are in a unique position to create an autonomous delivery vehicle with socially aware navigation that understands how to navigate cities while meeting specific customer needs,” Postmates co-founder and CEO Bastian Lehmann said in a statement. “We took a design-first approach with Serve that walks alongside people and fits into our communities.”

The first version of Serve is able to carry about 50 pounds and travel 30 miles on one charge, using technology from partners such as Velodyne Lidar for sensing its surroundings along with a processor from Nvidia. Customers will be able to interact with a touch screen and cameras, while lights in the eyes and on the top will help with letting humans know which direction Serve is heading next.

Postmates declined to be interviewed, leaving a number of questions unanswered, such as how the company plans to deal with any unexpected obstacles or delays. There’s also the question of safety, like how will the company prevent anyone from stealing packages or even tainting food?

According to Postmates, the brand spent the past several years analyzing millions of deliveries to better understand routes and interactions with customers. And while robots roving on sidewalks might be more efficient, the initial rollout doesn’t seem large enough to fully replace the human fleet that delivers millions of packages a month.

Postmates isn’t the first company to enter the self-delivering market. Pizza Hut is already working with Toyota on self-driving vehicles, while Ford is partnering with Walmart and Domino’s to test its own fleet. Last year at CES, a startup called Robomart even showed off its self-driving miniature grocery store.