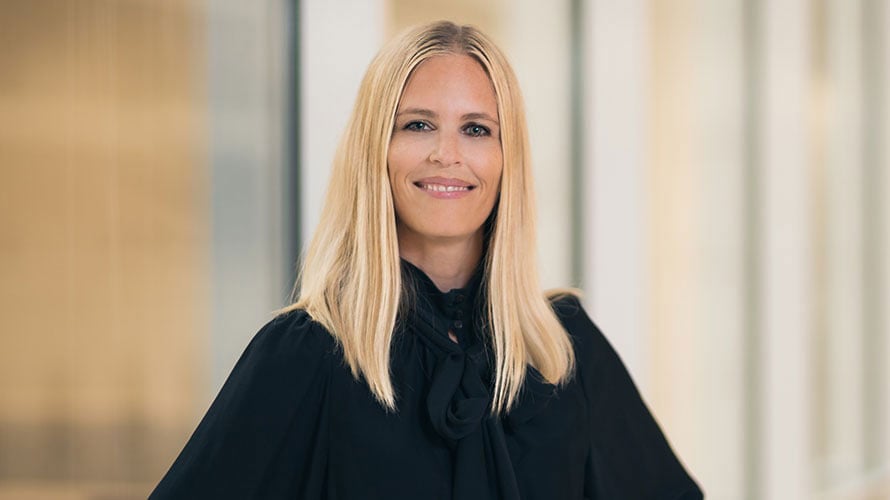 The mogul previously held leadership roles at megacorps like Omnicon.

Fiona Carter might be someone at the helm of one of the oldest telcos around, but she’s also someone that’s closely attuned to marketing’s future. Since taking up the role in 2015, Carter’s played a pivotal role in leading AT&T’s participation in the ANA’s #SeeHer campaign, which challenges the way women and girls are presented in media. These moves earned her a spot as the campaign’s co-chair of marketing alongside P&G chief brand officer Marc Pritchard earlier this year.

At the time, Carter said that she was determined to use this role “to make [women’s] clout count,” which is a motto that she’s personified over the span of her illustrious career. She spoke with Adweek in advance of her appearance at the 2019 NexTech conference about lessons learned, platform concerns, and how we can make consumers a little less “exhausted.”

Adweek: What’s the biggest marketing lesson you’ve learned with AT&T?
Fiona Carter: Bravery. AT&T is a 143-year-old, iconic American brand, so change is challenging. As the marketer at the helm of one of the biggest advertisers in the U.S., I have encouraged our teams to embrace and celebrate what made AT&T great. We’re harnessing the power of our network, people and communities to enrich lives through meaningful connection. We’re highly effective at performance marketing ROI, but it’s time to build emotional equity back into the brand.

When you say “emotional equity,” what does that mean? How have you been pushing that idea forward with AT&T?
We’re telling the stories of our people developing technology for people: whether it’s imagining a 5G future that helps eliminate distracted driving; or giving diverse film makers $1 million, video platform distribution and a premiere to produce a feature film with AT&T Presents: Untold Stories; or AT&T Believes, a new approach to philanthropy and community engagement started by some passionate employees on the streets of Chicago who refused to give up on neighborhoods with too much gun violence and too few jobs.

What is AT&T trying to do to push marketing—branded or otherwise—forward?
Even a few years ago, transparency in the digital supply chain, equality in advertising or brand safety on social platforms might have been dismissed as insider industry issues, but no more. What were issues once dismissed as “inside baseball” are now consumer concerns. It matters that consumers are not algorithmically served disturbing or malicious content next to brands they trust. It matters that an honest and accurate picture of society is reflected in our advertising. It matters that such depictions are not blithely asserted but quantitatively measured. It matters that for every $1 spent on programmatic, only a small percentage makes it to consumers. It matters that we can trust the motives and methods of the companies that create and distribute the culture we consume. No single consumer has the power of a company like AT&T, and I believe companies will increasingly be judged by the stand they take on these issues.

What kind of a stance has the company taken on these issues in the past?
AT&T is an influential force, and we’ve stood up for solutions to these problems; whether it’s pulling our advertising from YouTube until they developed stronger safety measures or protected kids from predatory comments; or auditing our digital advertising supply chain to reduce the service tolls on our spend; or leading the use of the Gender Equality Measure (GEM) to improve the portrayal of women/girls in our advertising and prove that diversity is good business.

Where do you see the next big platform in digital advertising? CTV? OOH? VR?
Technology is enabling so many opportunities to reach and engage consumers—augmented reality, video on demand, artificial intelligence, voice, messaging. No matter what you anoint the next big platform, the reality is that it’s irrelevant unless it grabs and holds our consumers’ attention. Attention, or time, is truly the next big platform. What people buy, how much they pay, which brands they love are all shaped by the stories we tell and the experiences we craft as marketers. And I worry today. We are exhausting consumers with interruptive, excessive, repetitive advertising experiences. And consumers are telling us “No”—they are switching off, bugged by the umpteenth time we interrupt their viewing to see a commercial we served them just a moment before. The next big platform? One that respects the consumer, that recognizes the need for compelling content and that seamlessly incorporates the brand into the experience.