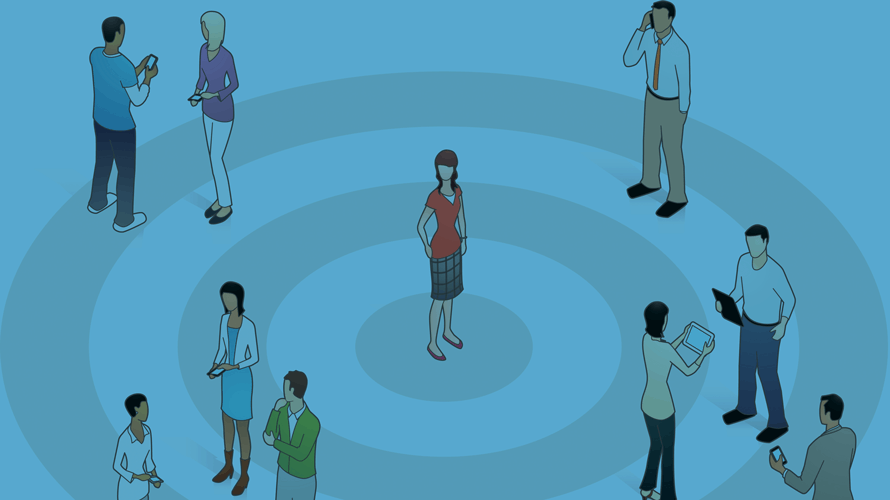 Thanks to audience networks—partnerships that platforms have with third-party apps and publisher sites—companies can offer marketers the chance to expand targeting capabilities. In a lot of ways, they offer perks to folks on both sides of the ad-tech supply chain: While publisher partners enjoy added revenue, advertisers can leverage the audiences acquired by these major tech players to reach new consumers wherever they might be, usually at a discount.

These networks are “built for folks that are super bought into the company’s audience offerings” that a particular platform might have, according to one media buyer with knowledge of audience network operations who requested anonymity to prevent backlash. “And they’ll pay to reach the people they’re told to, regardless of where and how.”

TikTok is already pioneering its own offering in East Asia, with media buyers confirming that its success there could be a precursor of things to come in the U.S. Earlier this year, Snapchat also confirmed that it was building a similar network of its own.

Ads at a bargain

Audience networks aren’t new, stretching back to Google’s rollout of its display network nearly two decades ago, but the first proper platform to dip its toes into this format was Facebook, which rolled out its proprietary audience network (FAN) in mid-2014.

Advertisers can expect a scale increase of up to 10% in the network, per the company. According to recent analysis from digital agency AdEspresso, this comes at a minimum cost: Clicks were barely scraping 10 cents at most, making them half the cost of the newsfeed ads (20 cents) and a fraction of the cost of the average Instagram ad (70 cents). 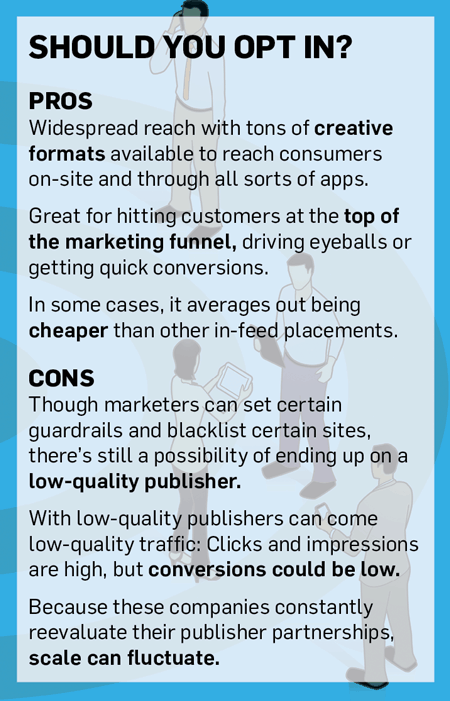 Similar savings can be found across other audience networks, too. One case study from marketing agency Digital Ashva found media buyers paying just over $1.50 on average to reach job seekers on LinkedIn’s audience network, a price that easily beats out the $5.74 of estimated spending for reaching those same audiences in-site.

According to Sudeep Cherian, who heads LinkedIn’s global product marketing efforts, the biggest draw comes from the top-tier publishers it works with. He said that when the company first assembled the platform in 2017, one of the main tenets was offering the same “quality and safety” that marketers get targeting their business-savvy clientele on-site.

But he wouldn’t say much beyond that. Almost every tech giant in the audience network game (save Google) keeps its blend of publishers closely guarded, ostensibly to keep media buyers from reaching out to publishers themselves, inking direct-contract deals and undercutting the tech company in question.

In fact, marketers currently opted into most of the audience networks on the market will be hard-pressed to even find where their ads ran at all.

TikTok and Twitter each declined to comment on whether they offered post-campaign insights for their respective audience networks, and LinkedIn, per Cherian, only offers them upon request, and even then, it’s only “examples of top apps and sites.” Meanwhile, it took Facebook four years amid uproar from GroupM and Publicis Groupe, among others, to finally give marketers the full list of where their ads ran.

“They’ll say, ‘Oh, we don’t want to tell you because then you might steal our publishers.’ But there’s no way you’re going to do that,” said Augustine Fou, an independent ad-tech consultant. “But the real reason they’re not telling you is because everything else in there is long-tail crap.”

“Crap” might be a strong word, but there’s no denying that the publisher’s quality on audience networks can be questionable at best, with Facebook previously including sites like the alt-right favorite Breitbart as part of its package.

Though Facebook can’t confirm FAN’s scale, it’s worth assuming that two publishers are just a drop in the bucket serving the platform’s estimated 1 billion impressions each month. And even outside of those publishers, Fou added, there’s also the matter of any external exchanges or ad networks that these companies could be dealing with that might be ferreting fraudulent traffic themselves.

But many marketers are still willing to stomach these networks—warts and all—stating that performance ultimately quashes any concerns they might have concerning quality.

As one succinctly put it: “Inventory-wise, I’d rather have [that] than a news feed.”