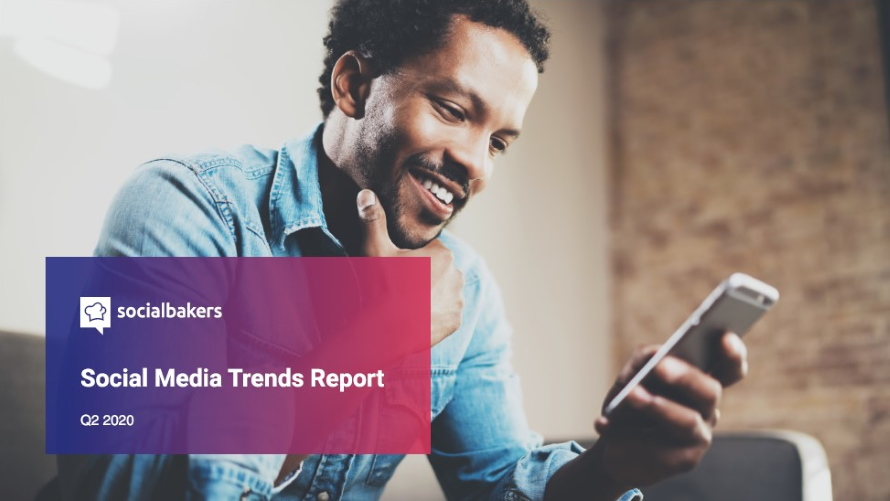 Facebook News Feed accounted for 59.7% of relative ad spend in the second quarter - Credit by Socialbakers

The coronavirus pandemic and the run-up to the eventual boycott by some brands of advertising on Facebook, Instagram and other social platforms took their toll on paid advertising trends in the second quarter of 2020, while a surge in the usage of video was the largest development for brands organically, according to the Social Media Trends Report Q2 2020 from social media marketing platform Socialbakers.

The company said in the report, “Initially, worldwide paid metrics like ad spend, cost per click and CPM (cost per thousand impressions) saw dramatic increases during the quarter, as many regions of the world started to normalize after the initial effects of the pandemic. For example, worldwide ad spend increased by 26.2% in the second quarter compared to where it was at the end of the first quarter. However, that increase was even greater in June before a pair of protests—Blackout Tuesday and the Facebook ad boycott—made significant, if brief, impacts on overall paid advertising.”

Socialbakers said that in North America, ad spend shot up 91.7% from the end of the first quarter until mid-June, before dropping 31.6% in the final two weeks of the month and quarter

Click-through rates for brand ad accounts slipped throughout the second quarter, winding up at 1.003%, down 2.3% year-over-year.

During the second quarter, CPC for Facebook News Feed ads fell 37% and CPM dropped 28%, while those numbers for Instagram feed and Stories were 37% and 28%, respectively.

Socialbakers said the only placement to show gains was Facebook in-stream video, with CPC up 21.4% and CPM up 18.9%.

Socialbakers CEO Yuval Ben-Itzhak said in the report, “The second quarter was a dynamic quarter from a marketing perspective. We saw paid advertising bounce back and CPC increase as business started to return to normal across most regions and industries. However, after largely increasing throughout the quarter, we did see a dip in ad spend in early June, most notably in the U.S., which corresponds to #BlackoutTuesday. However, we saw ad spend returning to normal almost immediately, as brands have no real alternative to Facebook to reach and engage with users at such scale. There was another dip in ad spend at the end of June, which was likely related to an ad boycott that could also affect figures in the third quarter of 2020.”

Turning to interactions on posts, Socialbakers wrote, “On Facebook, the relative post interactions for the top 50 largest brands returned to normal levels in the second quarter after a sharp increase at the end of the first quarter that was likely related to the worldwide pandemic. Meanwhile, on Instagram interactions have remained relatively stable over the past 15 months. They hit their peak early in 2020 and again neared the peak at the end of the second quarter, but overall, interactions rarely went below 80% of their max. This shows a consistency on Instagram that may be easier for marketers to plan around.”

The company said that during the second quarter, the total audience size of the 50 largest brand profiles was 31.2% higher on Instagram than on Facebook, adding that this represents a major year-over-year change but a small quarter-over-quarter bump.

Images made up roughly 69% of all content on both platforms.

The number of influencers using the #ad hashtag fell 11.4% year-over-year, and June marked the lowest single-month total of influencers partnered with brands and using #ad since August 2019, 10,171. Socialbakers also factored in usage of #sp, #paid and #promo.

Twitter had the highest percentage of video in tweets from brand pages in the second quarter, at over 20%, reaching as high as 27.3% in June.

Socialbakers said video content in brand posts also rose on Facebook and Instagram, reaching peaks on both platforms in April of 15.8% and 14.2%, respectively, before sliding at the end of the second quarter.

Socialbakers wrote, “There was a similar, but smaller, increase at the same time last year, so not all of it was related to the pandemic. But, as brands adapted, Facebook Live was an easy way to communicate directly with their audience, and many will continue to utilize this strategy going forward.”

Carousel posts were the most engaging on Instagram during the period, with 150.5 median post interactions. Video accounted for 17.1% of Instagram posts during the second quarter, up 16.3% year-over-year.

Ben-Itzhak wrote, “Another trend we saw in the second quarter was the surge in video usage on Twitter and Facebook Live. Video is a great way to drive organic engagement, and we saw usage increase by 85% as marketers attempted to reach audiences who were largely stuck at home. Because of its consistently high engagement levels, we predict that many brands will continue to leverage Facebook Live and live video overall going into the third and fourth quarters. The message is clear: Brands that aren’t investing in live video are leaving engagement on the table.”

Podcasts surged during the second quarter, as well, with Socialbakers saying that the number of brands mentioning podcasts on Instagram reached a high of 1,087 in April, more than doubling the low of 510 from June 2019, while total number of posts about podcasts rose from 955 to 2,095.