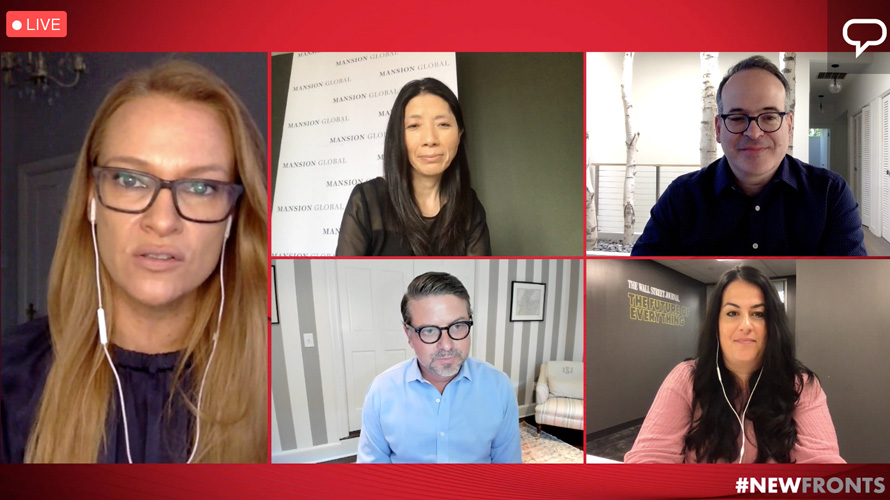 In an especially challenging year for print media advertising, The Wall Street Journal and Barron’s Group executives spent their NewFronts presentation (virtually) touting their first-party data on consumers, especially the new paying readers who signed up during the pandemic.

“There’s a lot that is challenging in the world right now, but choosing with whom you advertise should not be one of those things,” said the company’s global chief revenue officer, Josh Stinchcomb, at the beginning of the presentation, which included pretaped segments, an extended live discussion and a very brief Q&A.

The company has so far fared better in the Covid-19 pandemic than other digital and print publishers. The Journal and Barron’s Group titles grew digital advertising by 25% in Q3 year-over-year, and the Journal reached over 3 million total subscribers.

The Journal had previously said that part of onboarding these new readers was asking them a series of questions to learn about their habits and lifestyle. “We can use that information to personalize their experiences and give them more utility and services,” said CMO Suzi Watford.

The company can also share that information with advertisers. There are first-party ad segments developed among 69 job titles and 30 industries for projects built in The Trust, the company’s branded content studio.

There’s a special responsibility on publishers to bolster their first-party data offerings to advertisers this year, as CCPA will be enforced beginning July 1 and Google still planning to phase out third-party cookies in its Chrome browser by 2022.

In its NewFronts presentation today, the publisher unveiled a tool that will provide first-party data and pre- and post-campaign audience insights for advertisers. “It’s the perfect targeting technology that guarantees your marketing messages reach the right reader in the right editorial environment,” said Guthrie Collin, chief analytics officer at Dow Jones.

Amid the pandemic, The Wall Street Journal released a print ad guarantee that lets advertisers rerun their advertisements if they did not meet certain benchmarks set by the publisher.

It was a ploy to win over print advertisers in an extremely challenging year for the category due to the pandemic: Print ad sales are expected to decline by 32% this year compared to 2019, according to the most recent forecast from Magna Global.

The Journal has racked up 100 of these case studies so far, and executives argued today that print readers are more engaged because they are committed to the medium over other casual readers.

“The remaining readership in print generally is probably more valuable to advertisers on a per capita basis than ever before,” Stinchcomb said.

The discussion also veered into how the newsroom is tackling diversity, as many news organizations (including the Journal) have faced criticism over how leadership has attracted and fostered BIPOC candidates. The Journal’s editor in chief, Matt Murray, acknowledged that they “have more work to do.”

“The current moment, like a lot of companies, has brought some urgency to us and the need to go faster and make even more significant progress. But what we’ve seen is greater perspective of backgrounds also brings deeper perspectives on news and how we think about stories and areas of coverage,” Murray said.