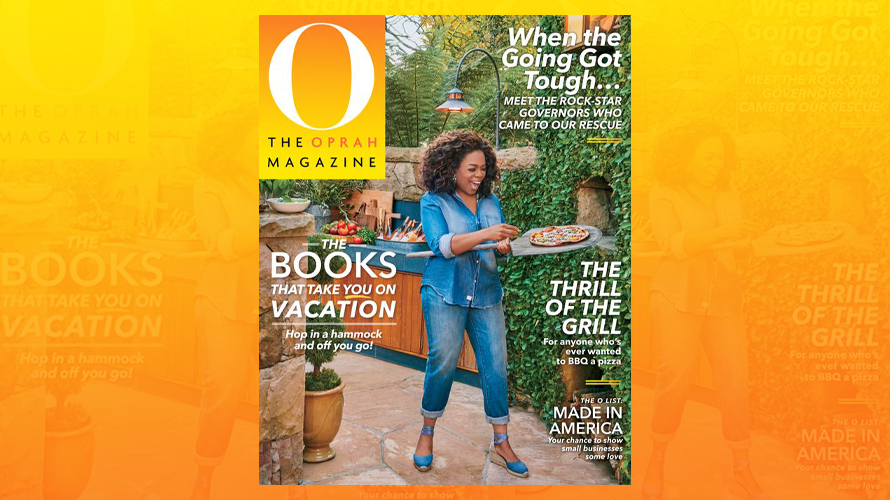 After more than 20 years in production, Oprah Winfrey’s eponymous magazine O, The Oprah Magazine, will reconsider how often it prints in 2021.

The magazine, which launched in 2000 in conjunction with Hearst Magazines, was an expansion of Winfrey’s “Live your best life” motto. It is scheduled for 11 issues this year. It’s not known yet what the frequency will be for 2021, or if the print edition will continue at all.

“I’m proud of this team and what we have delivered to our readers over the past 20 years,” Winfrey said in a statement. “I look forward to the next step in our evolution.”

The brand hasn’t yet told significant sponsors what the new schedule will be, sources tell Adweek. Many partners learned of the news via an email from Hearst which followed a report in The Business of Fashion Saturday.

“It’s all about reimagining right now,” said Steven Bloom, managing director of print and publisher relationships at Omnicom Media Group. “There’s something to be said about making these adjustments, but that’s how you keep the brand strong and vibrant.”

According to a six-month average calculated by the Alliance for Audited Media, O, The Oprah Magazine had more than 2 million subscribers last year.

Winfrey and Gayle King, who is editor-at-large for the title, and co-anchor of CBS This Morning, are expected to remain involved with the brand, though it’s not clear whether there will be staffing cuts.

Bloom pointed to the website’s growth as proof of the brand’s staying power among new and old audiences, adding that the magazine’s star power was what really sold the print publication to advertisers.

“That can’t be replicated because it’s about the Oprah brand. It’s who she is and what she stands for. There really is no replacement for it,” Bloom said, adding that there would still be value in putting advertising dollars elsewhere with the brand, even if it exists solely online.

“Twenty years ago O, The Oprah Magazine launched as a personal growth guide to help women live their best lives,” said Lucy Kaylin, editor-in-chief, O, The Oprah Magazine, in a statement. “As we embark on this next chapter, we will lean into moments that are central to the brand’s DNA and deepen the connection with our loyal readers.”

The magazine has been postured to advertisers as a way to reach women, 74% of whom are college-educated and who earned, on average, $85,000 a year. A single, full page color ad runs $163,350, according to the brand’s media kit.

Due to Winfrey’s lifetime of highly-rated TV work, and the celebrity status that went along with it, the magazine took on ambitious collaborations with advertisers, including a cruise package in partnership with Holland America, that put best friends to sea.

Did someone say Girls' Getaway? Join #Oprah and #GayleKing on a 3-day cruise! Grab your bestie, your mom, and all adventure-loving ladies in your life and set sail for the Bahamas with us. Get the details at: hollandamerica.com/oprahmag. Link in bio! @halcruises #OMagonHAL

“We are always focused on how we can evolve and have been discussing it for some time,” Kristen O’Hara, chief business officer of Hearst Magazines, told employees in an email Monday. “In the coming months, we’ll be reinventing how we deliver the brand’s unique perspective on issues that are more important than ever, including health and wellbeing, climate change and social justice.”