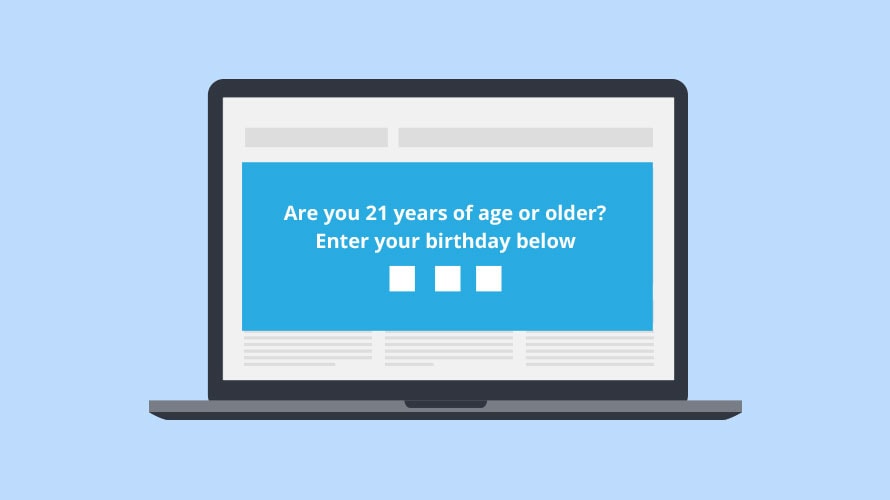 Alcohol has always been a sensitive category for advertisers to walk the straight and narrow—and for good reason. Organizations such as the Distilled Spirits Council of the United States (DISCUS) have been self-regulating and working with the Federal Trade Commission to make sure advertising policies are properly adhered to. But like all government-monitored regulatory environments, things move slowly and do not keep up with the dynamics of advertising trends and innovations.

One big glaring issue with Legal Drinking Age (LDA) compliance in digital advertising is that the rules haven’t changed since the late 1990s. They are based on using panel information from publishers’ content as a proxy to evaluate if at least 71.8 percent of the average audience on a given website is 21-years-old or older. It was designed for direct-to-publisher buying, which in the age of programmatic is an almost quaint notion. Programmatic changed the dynamics of supply and audience accuracy, and yet we don’t take advantage of it when we source LDA-compliant traffic.

There’s no need for a content proxy to validate the age when you can target it with closer to 98 percent certainty instead of 28.4 percent.

We can debate whether running liquor advertising to the 28.4 percent of supposed minors is just collateral damage when using archaic audience measuring methods. But the technology and quality of audience definitions, tracking and measurement have improved to such a point where we don’t need to guess anymore. Audience data is far more accurate, there are more data providers than ever before and access to campaign performance is much quicker than it’s ever been. And because audience creation sources got more accurate, now there’s no need for a content proxy to validate the age when you can target it with closer to 98 percent certainty instead of 28.4 percent.

Where do I get the 98 percent LDA compliance number? I did some extensive testing using different types of data providers while still using the same Comscore definitions to make sure measurement results are apple to apples. In all cases, comScore rated targets to be over 98 percent LDA-compliant.

If we rely on manually keeping up whitelists of sites today that, out of the gate, are inaccurately LDA compliant with a 28.4 percent spillover of underage audience, we’re missing out on gigantic pools of much more accurately validated LDA inventory that are never considered. For example, if we pick a site that Comscore rates as 60 percent LDA compliant, but we target 100 percent of ages 21-plus validated segments, we will be 98 percent sure we’re targeting an appropriate audience, according to the same measurements.

We are now buying inventory that has never been considered for liquor advertising before. The supply and demand of LDA-compliant inventory change to benefit the buyer because now there is much more available supply to choose from. It’s a fundamental of economics that greater supply equals lower price. The CPM cost would naturally go down while the risk of under-delivery will only depend on what other targeting limitations the campaign may have.

Of course, there’s still the issue of content a liquor brand may not want to run adjacent to. But this means now instead of managing a huge whitelist and trying to keep supply and audience reach and recency fresh, it would be much easier to manage a small blacklist of sites dictated by inappropriate content. For example, a site with kids-based content that also attracts parents would be an ill fit. Though we could just target the parents, we probably wouldn’t want to show liquor ads on that site in general.

Understanding audience sources and how they affect media supply in programmatic activation is critical to taking advantage of an evolving environment and advanced metrics. Let’s not let these kinds of opportunities slip away, but rather take advantage of them as modern, forward-thinking marketers.