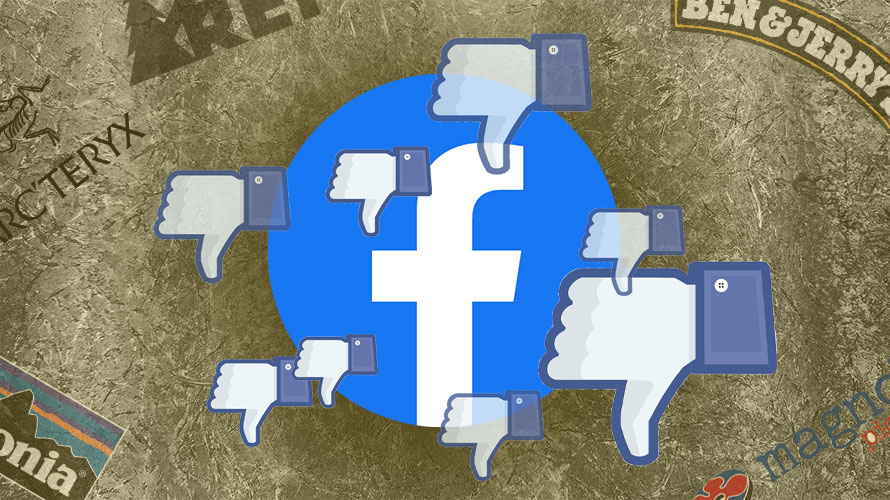 As a major advertising publication covering Facebook, we often ask whether brands will leave the platform over the latest scandal: the Cambridge Analytica data leak, inflated video metrics or its do-nothing approach on President Donald Trump’s incendiary posts.

More often than not, the answer we hear from brands and media buyers is “no.”

Facebook holds a commanding presence in the digital marketing space. It not only owns the second-largest slice of the digital ad pie, according to eMarketer, but marketers frequently say it’s the most affordable and effective way to target people online. Simply put, it’s hard to quit.

But the gravity of a decision by CEO Mark Zuckerberg to leave up Trump’s “when the looting starts, the shooting starts” post is resonating differently in media buying circles. The platform is facing calls for a new advertising boycott in July that has quickly grown larger than any before.

Major brands have been joining the boycott every day for about a week, putting pressure on Facebook to root out hate speech and misinformation by average users and world leaders alike.

After a number of smaller brands said they would stop giving ad dollars to Facebook over the past few weeks, The North Face became the first major brand to do so Friday, pledging to stop posting organically or running ads on Facebook and Instagram at least until the end of July.

“We’re all living in a cultural moment of pain. We believe that normal is not good enough, and we all need to drive positive change immediately,” Steve Lesnard, global vp of marketing for The North Face, said in an interview with Adweek.

In doing so, the outdoor retailer became the first big-name brand to sign onto Stop Hate for Profit, a new campaign led by civil rights groups including the Anti-Defamation League and the NAACP as well as liberal advocacy groups Free Press and Sleeping Giants.

Other brands that have signed on include:

The pressure has led even the largest international advertisers to (at least claim) to reexamine their media spends. Procter & Gamble chief brand officer Marc Pritchard said the company would review every channel it advertises on, but did not commit to the boycott.

Other companies took the boycott a step further. Messaging software company Rakuten Viber told Adweek it will not only join the effort, but indefinitely cut all ad spending with Facebook properties, including Giphy, the GIF library it recently acquired.

The North Face, which halted all Facebook and Instagram activity on Friday, will consider a longer boycott beyond July. The company didn’t say how much money these summer ad dollars represented, especially as a brand known for winter coats, but Lesnard called Facebook its “second-biggest media partner.”

In a phone interview with Adweek earlier this month, Carolyn Everson, vp of global business at Facebook, said only a “few” of its 8 million advertisers had raised concerns about the platform’s policies.

This week, in a statement through a spokesperson, Everson said the organization respected brands’ decisions and remains “focused on the important work of removing hate speech and providing critical voting information.”

“Our conversations with marketers and civil rights organizations are about how, together, we can be a force for good,” Everson continued in the statement.

Calls for boycotting Facebook are nothing new—Tesla, Sonos and Mozilla, among others, briefly left or ceased advertising on Facebook after the Cambridge Analytica scandal in 2018.

And even with Stop Hate for Profit, media buyers and consultants seemed mostly unconvinced it would be any different.

“These factors haven’t changed in the past few weeks—but the context has, as more and more advertisers weigh those benefits against the ramifications of broader cultural conversation around Facebook,” he said this week.

These diverging tactics have forced advertisers into a “moment of reevaluation,” said Jess Richards, global head of social at Havas Media, adding that she is constantly thinking about “the perception of where a brand is showing up.”

“If we felt that content on Facebook was negative or unclear, and a brand was going to be aligning itself closely to that, we’d advise a client that there may be negative perceptions and impact—but in the end these are client, not agency, decisions,” Richards said.

A number of ad agencies have also spoken out against Facebook in recent days. Goodby Silverstein, an Omnicom-owned agency whose clients include Pepsi, BMW and Adobe, said Wednesday it would stop posting on Facebook during July and “encourage clients” to join them. Dentsu Group’s 360i agency, which represents brands including United Airlines and Hyatt, did the same last week.

While small businesses comprise the bulk of Facebook’s 8 million advertisers, big brands can still exert public pressure on the company—if not hurt it financially.

The current cultural moment—when seemingly everything has changed—could also help make this boycott effort different than before. “This moment could be different simply because of the breadth of change sweeping the country, from the pandemic to the economic aftershocks to the civil unrest,” Meyer said.