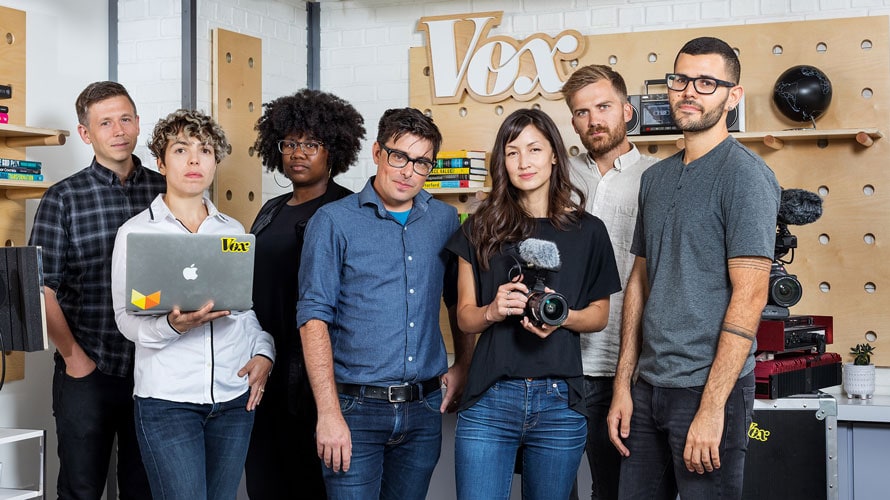 The company's ad-tech solution is woven in with its publishing platform and allows for more granular audience targeting. - Credit by Vox Media

This week has seen Vox Media’s leadership in the spotlight as the company finesses its response to employees’ unionization requests, which, as of this writing, are still being negotiated. (Vox Media declined to comment due to ongoing negotiations, instead passing along a statement from CEO Jim Bankoff, who said that he “couldn’t be more serious about reaching a fair and highly competitive agreement quickly.”)

Bargaining committees aside, there’s another trait that Vox Media shares with its digital-first brethren: a pivot to programmatic. Recent years have seen these pubs—some of which, like Buzzfeed, having long eschewed automated advertising—take an about-face and hop on the multi-billion-dollar programmatic train.

Vox Media’s moves in ad tech started roughly five years ago, according to the company’s current chief revenue officer, Ryan Pauley. At the time, he could only describe the ad-tech space one way: unsatisfying.

“The programmatic space was constraining marketers to boxes and banners,” he explained. “And this was mostly through open exchanges, where safety and transparency were concerns—and still are.”

These are the grievances that led Pauley to shape what would ultimately become Vox Media’s in-house digital marketplace, Concert, created with the help of NBCUniversal. The central premise of the pitch is a “premium, safe environment” for media buyers looking to reach audiences at scale. Since launch, Concert has signed more than 20 different publisher partners, including New York Media, Rolling Stone and Quartz, to the platform.

Pauley spoke with Adweek on the Concert rollout, the impact of the quality of an ad stack and its impact on revenue, as well as issues he sees persisting in the ad-tech ecosystem.

Adweek: What issues were you trying to solve by building your own in-house ad-tech solution?
Ryan Pauley: When we first started, one of our biggest issues was with the creative products that were generally available. To be able to operate a custom ad product at scale—there was really no place to do that, for marketers. The entire ad-tech, programmatic ecosystem was built for scale at the expense of quality, and we saw everyone being normalized to the lowest common denominator.

Another issue we had was with the ad-tech tax: this inherent inequality between publishers and the monetization partners that they’re working with. And my problem with that, as a media owner, is that I can clearly see that the companies in the middle don’t have an incentive structure that aligns with consumers.

When there’s an ad-tech middleman slowing down a page or delivering a low-quality ad, the user gets upset with us, and the marketer—they have no idea what happens in the middle, and so they’re incentivized to keep behaving badly. That kind of enablement is what incentivized us to build a solution that’s user-first.

How did you answer for that and build an ad-tech platform that keeps the reader—not the publisher—front and center?
All of our ad products are designed with a decade of user experience research, and that dictates an ad’s placement on the page, the speed of the ad load, the creative layout, all of the creative products, all of the data capabilities. Another core part of our programmatic stack is that it’s tightly coupled with Chorus, Vox Media’s publishing platform, which means that our header bidding setup is automatically optimized to put the ad in the right place, no matter the page type or page length.

The second piece of our strategy is around speed: how quickly our ad monetization partners are loading, responding and ultimately delivering the ads, [as well as] the impact of that speed on total revenue we’re generating, versus the user experience. We’re consistently updating that as well, and optimizing for that optimal balance, which means we focus on partnering exclusively with other premium publishers.

What’s the importance of verticals in all of this? What role do they play in audience targeting?
Verticals are one of the most important parts of our overall strategy because of the high intent data that they generate. It gives us the opportunity to reach people not only by the width of interest, but the depth, and that’s where we separate ourselves.

There are also some really high-signal commerce data we can converge onto for readers that follow Verge or Polygon product reviews—so you think about that breadth of different interest points that we can hit on, and then the ability to deeply integrate both the creative and the context message along with that. That’s sort of where we’re separated, I think, from most of our peers that are a single vertical to scale and missing out on that depth.